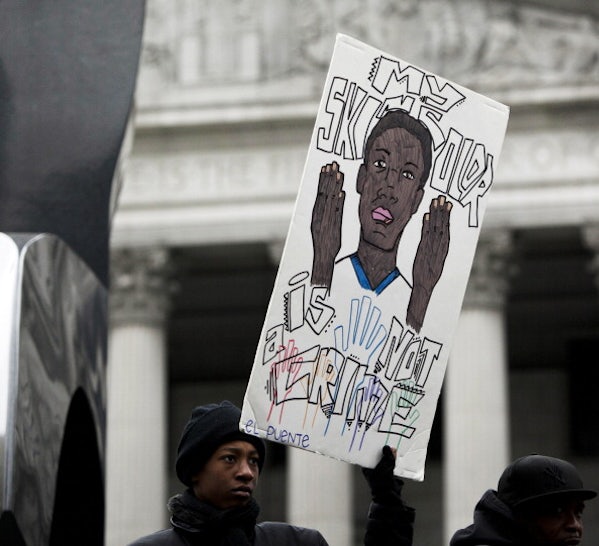 New York is safer now that the police don’t harass people of color (as much).

According to a new study by the New York Civil Liberties Union, the shift away from the city’s stop-and-frisk program has coincided with a major drop in gun violence and murders. As stops were reduced 93 percent between 2011 and 2014, from a high of nearly 700,000 in 2011, murders fell, too, by over a third. While the overall index crime rate remained essentially stable, shootings subsided by almost 24 percent. Even taking into account a slight, projected uptick in 2015, New York will still see 33 percent less murders than it did in 2011, when police were conducting 28 times the number of stops.

In 2013, a city appellate judge ruled stop-and-frisk unconstitutional, citing its overwhelming and disproportionate targeting of blacks and Latinos. For years, proponents had argued—and in many cases still do—that the aggressive policing strategy, which empowered officers to perform warrantless detentions and searches, was necessary to ensure public safety. In light of this new study, and the evidence accumulated over decades of broken windows law enforcement, it’s worth asking if there wasn’t some other motivation.