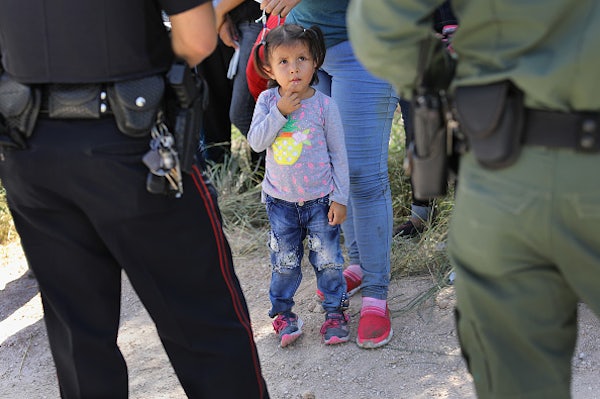 “That’s like the old Soviet Union used to do.”

Immigrant children at the Shiloh Treatment Center in Texas have been “held down and injected” with drugs that have left them incapacitated, dizzy, drowsy, and afraid, according to a report in Reveal from the Center for Investigative Reporting. “Trump’s zero tolerance policy is creating a zombie army of children forcibly injected with medications,” the authors write.

In legal filings obtained by the investigative team, numerous psychotropic medications were allegedly given to children while in U.S. custody. Four of the six medications given to one young boy were “antipsychotics with very limited FDA-approved uses in children and adolescents.” According to court documents, children were told they would not be discharged or allowed to see their parents if they didn’t take their medications.

In the affidavits, filed in California’s District Court on April 23, children accused staff of calling them names like “son of a whore” or using violence. One teacher apparently twisted a child’s arm behind their back, which was followed by medical staff administering a shot to tranquilize the child. “I would start to feel sleepy and heavy, and like I didn’t have any strength,” the child said. “I would sleep for three or four hours and then wake up and slowly feel my strength return.”

Forensic psychiatrist Mark J. Mills, who was hired by Reveal to analyze the 420 pages of medical records and statements in the lawsuits, explained, “You don’t have to be a rocket scientist here; it looks like they’re trying to control agitation and aggressive behavior with antipsychotic drugs.” He added, “The facility should not use these drugs to control behavior. That’s not what antipsychotics should be used for. That’s like the old Soviet Union used to do.”