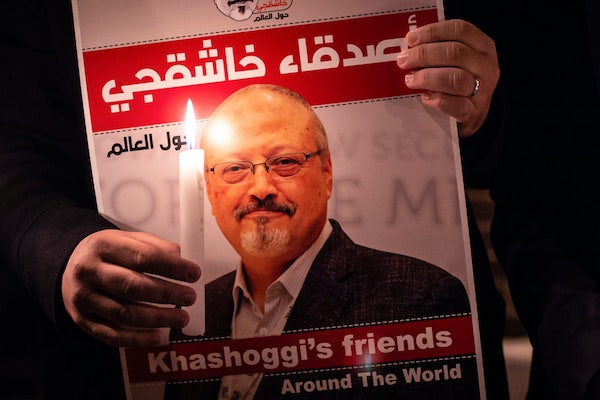 The Washington Post is reporting that before the Saudi government acknowledged its agents had murdered Khashoggi inside the Saudi consulate in Istanbul on October 2, Saudi Crown Prince Mohammed bin Salman attempted to discredit the slain journalist on a call with the White House. Bin Salman reportedly described Khashoggi as a radical Islamist affiliated with the Muslim Brotherhood in a phone conversation with National Security Advisor John Bolton and senior White House advisor Jared Kushner—the president’s son-in-law.

Khashoggi disappeared inside the consulate on October 2. The Saudi government has given conflicting stories about his fate. Initially, they claimed he had left the consulate; later, that he had been killed in a fistfight. The current story is that he was killed by rogue agents of the Saudi state, without authorization from the highest levels.

The fact that bin Salman was smearing Khashoggi after his death makes it harder to credit the claim that top-level Saudi leadership was completely uninvolved in the killing. Bin Salman linking Khashoggi to the Muslim Brotherhood is in keeping with Saudi propaganda, which portrays the Brotherhood as a threatening conspiracy that permeates the Middle East.