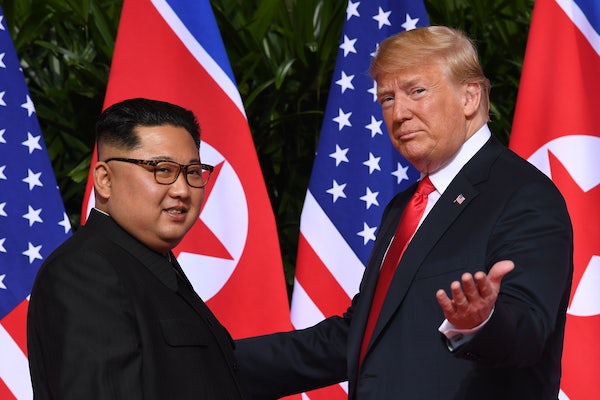 On Thursday, the North Korean government issued an unusually fierce statement saying that they would not denuclearize until the United States first removed its nuclear weapons targeting their country. The same day, Russian President Vladimir Putin warned that American’s announced attention to withdraw from the Intermediate-Range Nuclear Forces (INF) Treaty raises the likelihood of nuclear war.

The North Korean statement is an outgrowth of the Trump administration’s overselling of the agreement reached between the United States, North Korea, and South Korea in the Singapore summit in June. At that summit, the parties agreed to “complete denuclearization” of the Korean Peninsula, a vague statement that made no commitment as to time frame or sequencing.

As Suki Kim recently noted in The New Republic, both the Trump administration and the government of South Korean government of Moon Jae-in have heavily invested in the Singapore deal. The Associated Press observes that the North Korean statement “raises credibility problems for the liberal South Korean government, which has continuously claimed that North Korean leader Kim Jong Un is genuinely interested in negotiating away his nuclear weapons as Seoul tries to sustain a positive atmosphere for dialogue.”

He also noted that Western analysts are talking about the possibility of using low-yield nuclear weapons.

Putin also emphasized that the U.S. pondering the use of ballistic missiles with conventional warheads, saying that the launch of such a missile could be mistaken for the launch of a nuclear-tipped one and trigger a global catastrophe.