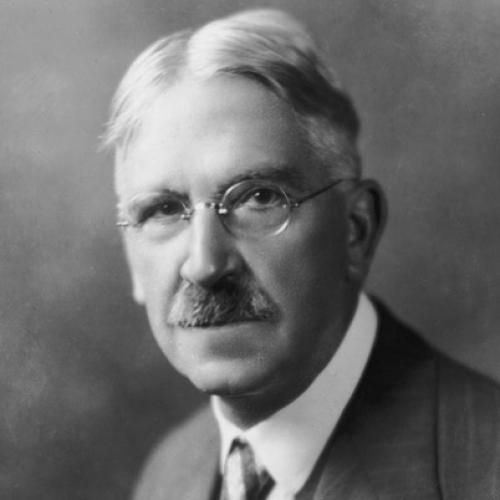 Those who contend that intelligence is capable of exercising a significant role in social affairs and that it would be well if it had a much larger influence in directing social affairs can readily be made to appear ridiculous. From the standpoint of past human history it not only appears but is ridiculous. It takes little acquaintance with the past to realize what the forces have been that have determined social institutions, arrangements and changes. There has been oligarchical despotic power, political, ecclesiastic and economic, sometimes exercised openly, more often by all sorts of indirect and subtle means. Habit, custom and tradition have had a weight in comparison with which that of intelligence is feeble. Custom and tradition have originated in all sorts of ways, many of them accidental. But, once established, they have had weight independent of the conditions of their origin and have reinforced the power of vested interests. At critical times, widespread illusions, generated by intense emotions, have played a role in comparison with which the influence of intelligence is negligible.

What critics overlook is that there would be no point in urging the potential claims of intelligence unless the latter had been submerged in such ways as have been indicated. The net outcome of the domination of the methods of institutional force, custom and illusion does not encourage one to look with great hope upon dependence on new combinations among them for future progress. The situation is such that it is calculated to make one look around, even if from sheer desperation, for some other method, however desperate. And under such circumstances, it also seems as if the effort to stimulate resort to the method of intelligence might present itself as at least one desperate recourse, if not the only one that remains untried. In view of the influence of collective illusion in the past, some case might be made out for the contention that even if it be an illusion, exaltation of intelligence and experimental method is worth a trial. Illusion for illusion, this particular one may be better than those upon which humanity has usually depended.1

The success of this method in obtaining control over physical forces and conditions has been offered as evidence that the case for trying it in social matters is not altogether desperate nor yet illusory. This reference has also been misunderstood by critics. For it is not held that the particular techniques of the physical sciences are to be literally copied—though of course they are to be utilized wherever applicable—nor that experimentation in the laboratory sense can be carried out on any large scale in social affairs. It is held that the attitude of mind exemplified in the conquest of nature by the experimental sciences, and the method involved in it, may and should be carried into social affairs. And the force of the contention depends on the consideration already mentioned: What are the alternatives? Dogmatism, reinforced by the weight of unquestioned custom and tradition, the disguised or open play of class interests, dependence upon brute force and violence.

It is stated, however, that a fundamental difference in the two cases of physical and social intelligence is ignored. “The physical sciences, it is said, gained their freedom when they overcame the traditionalism based on ignorance, but the traditionalism which the social sciences face is based upon the economic interest of the dominant social classes who are trying to maintain their special privileges in society” (Niebuhr). Of course it is. But it is a naive view of history that supposes that dominant class interests were not the chief force that maintained the tradition against which the new method and conclusions in physical science had to make their way. Nor is it supposed for a moment that the new scientific method would have won its way in a comparatively few centuries—not that it has completely conquered even yet in the physical field—unless it had found a lodgment in other social interests than the dominant ones and been backed by the constantly growing influence of other interests.

Here we come to the nub of the matter. Intelligence has no power per se. In so far as the older rationalists assumed that it had, they were wrong. Hume was nearer the truth, although guilty of exaggeration on the other side, when he said “reason is and always must be the slave of passion”—or interest. But dominant interest is never the exclusive interest that exists—not when there is a struggle taking place. The real problem is whether there are strong interests now active which can best succeed by adopting the method of experimental intelligence into their struggles, or whether they too should rely upon the use of methods that have brought the world to its present estate, only using them the other way around.

Intelligence becomes a power only when it is brought into the operation of other forces than itself. But power is a blanket term and covers a multitude of different things. Everything that is done is done by some form of power—that is a truism. But violence and war are powers, finance is a power, newspapers, publicity agents and propaganda are powers, churches and the beliefs they have inculcated are powers, as well as a multitude of other things. Persuasion and conference are also powers, although it is easy to overestimate the degree of their power in the existing economic and international system. In short, we have not said anything so long as we have merely said power.

What first is needed is discrimination, knowledge of the distribution of power.

Intelligence becomes a power only as it is integrated into some system of wants, of effective demands. The doctrine that has prevailed in the past regarding the nature of intelligence is itself a reflex its separation from action. It has been conceived something complete in itself, action following after and upon it as a merely external expression it. If I held that notion of intelligence I should more than agree with the critics who doubt that intelligence has any particular role in bringing about needed social change. For the notion is simply one aspect of the divorce of theory and practice that has obtained throughout most of the history of mankind. The peculiar significance of the method of the physical sciences is that they broke through this idea that had for so long hypnotized mankind, demonstrating that action is a necessary part of intelligence—namely, action that changes conditions that previously existed.

Hence the first effect of acceptance of the idea that the operation of control of social forces has something to learn from the experimental method of the physical sciences is a radical alteration in the prevailing conception of social knowledge. The current assumption is that knowledge comes first and then action may—or may not—proceed from it. Critics who have attacked the idea that intelligence has an important role to play have based their attack upon acceptance of this idea; they have criticized me on the basis of attributing to me the very idea that I have been concerned to overthrow. Thus on the basis of a passage in which I denied that any amount of fact-finding apart from action aiming at control of social processes—in other words, a planned economy—could ever build up social knowledge and understanding, Mr. Niebuhr imputes to me middle-class prejudices in ignoring the role of class interest and conflict in social affairs! He imputes to me a great exaggeration of the potentialities of education in spite of the fact that I have spent a good deal of energy in urging that no genuine education is possible without active participation in actual conditions, and have pointed out that economic interests are the chief cause why this change in education is retarded and deflected.

The question at issue is not a personal one, however, and it is not worth notice on personal grounds. Just because dominant economic interests are the chief cause for non-use of the method of intelligence to control social change, opponents of the method play into the hands of these interests when they discourage the potentialities of this method. In my judgment they perpetuate the present confusion, and they strengthen the forces that will introduce evil consequences into the result of any change, however revolutionary it may be, brought about by means into which the method of intelligence has not entered. “Education” even in its widest sense cannot do everything. But what is accomplished without education, again in its broadest sense, will be badly done and much of it will have to be done over. The crucial problem is how intelligence may gain increasing power through incorporation with wants and interests that are actually operating. The very fact that intelligence in the past has operated for narrow ends and in behalf of class interests is a reason for putting a high estimate upon its possible role in social control, not a reason for disparaging it.

1 “The truest visions of religion are illusions which may be partially realized by being resolutely believed. For what religion believes to be true is not wholly true but ought to be true; and may become true if its truth is not doubted.” Reinhold Niebuhr, “Moral Man and Immoral Society”