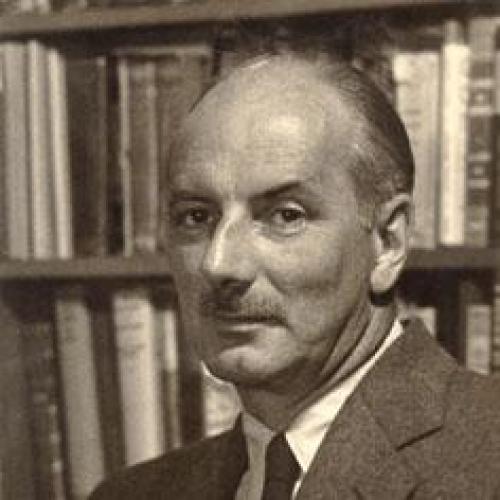 Anyone whose ear is close to the ground will realize that the period of the period, in architecture and decoration, is coming to an end. The signs are so numerous that only the blindest of manufacturers or the smuggest of designers can ignore them. Last winter there was a suite of American-made furniture in the modern French mode, on Fifth Avenue: the windows of Saks’ uptown store are furnished with modernist chairs and tables and shelves, a little tricky, perhaps, hut clean: the vast institution of Macy’s brought its resources and Mr. Lee Simonson to bear upon an exhibition of modern decorations: the firm of Karpen, furniture makers, offered a prize for the best designs in modern furniture—even the hack pages of the New York Times magazine section have begun to show, alongside pretty little Louis XVI sofas or Spanish hallways, the latest products of the modern furniture studios. The movement has reached a momentary climax in Lord and Taylor’s current exhibition. The period model, the adaptation, or the careful melange of periods, put together by the interior decorator by skillfully combining the products of the attic, the auction room, the reproducing machine, and the deliberate counterfeiter—all these ingenious substitutes for contemporary taste will soon be as disreputable as the morality of the Victorian penny tract.

This change is not to he wondered at; indeed, it is long overdue. Whereas the designs of women’s clothing and skyscrapers had both been sloughing off ornamental excrescences, had reduced themselves steadily to the essential line and mass, in one case, the human body and its contours, and in the other, the steel skeleton and its planes, we clung to the style and ornament of the past in every other department, with only one thought: we must not be funny, and we must not make mistakes. This effort has been, perhaps, one of the grandest mistakes we have committed, and now that the fact is being realized, it needs no very prodigious intellect to discover that the advance into a more modern position, which is now only a cavalry skirmish, will soon become a battle along the whole front, with the old baggage trains of safe and sane esthetic appreciation left hopelessly in the rear, and all the defenders of “period” architecture, “period” furniture, and, presumably, “period” living, beating a hasty retreat, or pretending, by a little adroit counter-marching, that they have always been in the van. Today, it is a social adventure to have a single room by a modernist; tomorrow it will be a quiet distinction to live in a wholly modern house; and the day after, it will be a commonplace.

Every rational critic of the arts must wish all speed to this change, and be prepared to urge on the whole modernist movement. In the firm knowledge that, until all our thought about the arts is in one plane, it will be impossible to single out the good from the bad, sincere work from pretentious fakery, and adroit design from clumsiness and ineptitude. With this thought uppermost, I can recommend Mr. Edwin Avery Park’s book on “New Backgrounds for a New Age”. Mr. Park writes about modern decoration with enthusiasm and conviction; and without Mr. Charles Richard’s scholarly thoroughness in his analysis of modern forms, he has a persuasive gesture which should win the attention of those who do not easily understand the logic upon which the modern movement is based. His book is, it is true, remarkable for its omissions; for I find in it no mention of Louis Sullivan or Frank Lloyd Wright, without whom no tally of the modern movement in America is possible, nor is there anything like a just appreciation of the work of the Deutscher Werkbund, and of German designers like Bruno Taut; but for all that, Mr. Park merrily dances from one part of the field to another, from painting to furniture design, from architecture to fabrics, from Paris to New York; and his varied theses are rich in concrete illustrations. The use of such a persuasive polemic as Mr. Park’s is to break down old timidities and acquiescences; and for this prime office it should be widely read.

With every desire to bring nearer the day when designers of buildings or furniture will pay no more attention to the past, except for sustenance of the spirit and the general enrichment of the senses, with every desire to have our feet firmly planted in our own age, I think it is time that the campaign for modernism should collect its forces. It is never too early to begin right; and next to the folly of imitating the past, there is no folly so disappointing in its results as the failure to understand one’s own day. In the desire to plan and design on modern lines for the modern man, some of the continental designers have already caricatured the possibilities of our present mode of existence, and in providing for the modern, have forgotten the man. If the imitation of the past is a dead hand, the distortion of the modern is a lame leg; and should the modernist movement over-emphasize partial aspects of the contemporary situation, like the necessity to forgo open spaces in congested districts with high ground rents, it will eventually not have a leg to stand on. In short: modernism in design may mean a hundred things: it may mean bringing the garden almost within the rooms of the house, as Mr. Frank Lloyd Wright so beautifully does, or it may mean creating a garden with green tiles for grass and concrete posts for trees, as M. Rob Mallet Stevens has indicated. Modernism may mean using a complicated engineering technology to produce cheap skyscraper apartments with elevators; or it may mean using more comprehensive city-planning technology, as Mr. Henry Wright has done, to avoid the necessity for skyscrapers and elevators. I should like the furniture makers of Grand Rapids, for instance, to produce a new order of design in every department of their production; but I should he appalled if they followed one of the illustrations Mr. Park shows and turned out stools with cannonballs for supports.

Is there some fundamental canon of judgment which will give modernism in design a firm base to stand on? If such a base is lacking, we will only substitute the caprices and imbecilities of untried taste for the deadness and maladjustment of that which has been tried too often. If it exists and can he applied, the victory of modernism will be worth fighting for, and it will come even more rapidly than now seems possible.

Modernism, it seems to me, is an attempt to use as a form something that has come down to us as a fact. The fact is the increasing complication of the processes of living, and the increasing simplification of the products. The life of the poorest member of an urban community today hangs upon the constant interrelation of a chain of mechanical devices, water mains, sewer mains, metalled roads, transportation facilities, heating-systems and lighting units: to provide all these things on the scale needed today, that is, for the whole population, would be impossible without mechanical reproduction and the simplification of the object itself down to the last detail. If bathroom fixtures were painted by handicraftsmen, after the fashion of the marvelous Mexican examples in the Metropolitan Museum, there would not be enough bathrooms to go round: it is only by reducing each object to its essential function that we can even begin to perform all the necessary functions. We have still, I need hardly say, vast improvements to make in the science and art of community design, before the whole population will participate in these mechanical improvements, without a blasting sacrifice of other essential parts of a humane life; but the direction is, I think, pretty obvious.

We admit these facts; but we have still to use them, deliberately and creatively, as forms; or rather, our use of these forms is still upon the simple plane of mechanics and the physical sciences; and we have still to recognize that there are essential designs of lighting fixtures as well as lights, and that our designs of chairs, tables, and rooms must take into account all our knowledge of social and psychological responses, just as our designs for plumbing fixtures utilize our knowledge of physics and metallurgy. Our mechanical forms are not themselves a standard; they merely suggest the existence of similar standards, and the possibility of similar methods, in other departments of life. Modernism can, in fact, be briefly defined: it is the emphasis of function and structure. Its canon is simplicity and directness. The notion that modernism means living in glass houses and sitting in steel chairs; that it means introducing every mechanical substitute that can be sold for the natural resources of solar heat and fresh air; that it means producing couches of tricky shapes and cabinets of oddly matched woods; that it means using stock fixtures instead of having them adapted, by small-scale machine production, to the immediate purpose; that it means preferring cubes to curved lines or flat roofs to gabled ones; that it means sleeping on folding beds; that it means having nothing but windows; that it means having no windows at all: all these notions caricature and sometimes belie the essential canon—that of respecting the function and acknowledging its structure. Individuality, for example, is a psychological fact; it is just as important in design as the physical principle that water seeks its level; and one of the great tasks of modern design is to use mechanical units in designs that express individuality. Mr. R. H. Dana, Jr., has attempted this in the interior decoration of a cheap apartment at Mariemont; Messrs. Stein, Wright, and Ackerman have done this architecturally at Sunnyside; and these architects have opened up a department rich in further possibilities.

A good part of the work that is being done, under the impress of modernism, emphasizes novelty as a desirable quality in itself; whereas, unless novelty comes as an inevitable but indirect result of attending to more important matters, it is nothing more than an affectation, and must be just as empty of creative import as the most slavish imitation of the antique. The capital matters are function and structure. We have modern office buildings because, with the limited purpose of the business man in view, our architects have used steel and glass and brick in ruthless conformity to this purpose. We have modern factories for similar reasons; I would mention the new W. and J. Sloane factory on the outskirts of Trenton as an excellent embodiment of formal qualities in factory design. But these are, after all, simple requirements; they concern a few limited functions; and we have still to push these methods into the province where the subtle play of varied human personalities, as in a home, or their collective expression, as in a theater or school, becomes in itself the most important function, to which matters of space, rentability, fresh air, and heat are altogether subordinate. Here we must look for a finer relation between imaginative design and a whole new range of biological, psychological, and sociological knowledge. With such knowledge, our new intuitions of form will not be a mere exhibition of bungling caprice; they will be a genuine esthetic fulfillment. Whereas a modernism which rests only on fashion will presently succumb to another fashion.