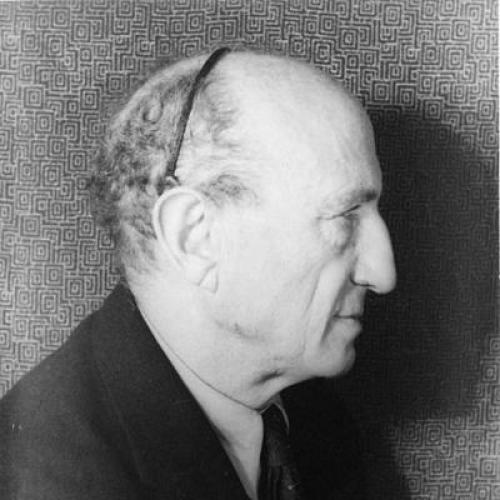 I did not see the exhibition of Picasso’s pictures held recently in New York, nor did I see any of these pictures elsewhere, but the last time I was in Paris, I saw a number of pictures of the same kind. What I am writing of Picasso now has therefore only a general reference to the New York pictures, which I know from reproductions in The Arts. Opportunely a note on Picasso which accompanies the pictures, has a text for my purpose. “An able young painter” who “talks more coherently” than some others there quoted says: … “His earlier pictures show that he was born with a rotten romantic streak in him. Picasso never was quite human. That’s why he is greater as a cubist. Keep him down to a real intellectual problem which prevents him from cheap illustrations like The Lovers, and the power of the man comes out in pure expression.” This statement is clear and precise except for its ignoring all the pictures that are not of lovers. To be sure it is, as I see things, false in every essential particular, but it is no less admirable for that.

There is no question that Picasso had in him a romantic streak from the first. “The able young painter” quoted, being above all things young, is privileged to call it rotten. The important point is that the romantic streak is contrasted with the intellectual interest that comes out as pure expression in the cubist work. That is what one might call the Picasso legend. I think it entirely false. It is a sad mistake to think that Picasso was “never quite human.” He was pathetically, disastrously human.

Picasso came to Paris a badly educated young painter, but infinitely clever and facile. The first influence he felt was, I believe, that of the mordant illustrator Toulouse Lautrec. Later in the Blue period and in the Harlequin period the illustrative interest remained obviously predominant. Picasso once explained the Blue period by the fact that Prussian blue was the cheapest color to be had. Doubtless that was an advantage, but the pictures of that period were blue in mood as well as in color. In the Harlequin period the temper is lighter, yet still sad and wistful. There is more flexibility in the line, and decidedly more alertness of observation and interest than in the Blue period. The Harlequin period was succeeded by the Pink period. It was during this time that Picasso began to move in the direction of “intellectual seriousness and pure expression.”

It is necessary, if one would understand what was now about to happen, to consider the peculiar position of Picasso in the Paris art world. He was not French, but a Spaniard. There were, of course, many other Spaniards in Paris, most conspicuous among them Zuloaga. Picasso’s extraordinary felicity and cleverness could easily have won him worldly success if that had been the kind of success that he desired, but he was really in revolt against the world. He had qualities of a solitary, though he was very fond of having people about him, and had great personal charm. At his studio in the rue Ravignon where many habitually gathered, for Picasso characteristically had people come to him rather than go out to other people, he spoke little and yet was obviously the dominant personality. His comment on persons and things was commonly humorous and satirical, and he smoked his pipe and twinkled while others speculated and disputed. Occasionally he made caricatures and cartoons which were powerfully expressive as only a great caricaturist could make them. His dark brilliant eyes were the most Absorptive that I have ever seen, and I wondered at times, when he was looking at a drawing or an engraving that anything should be left upon the paper.

The group of artists in which Picasso found himself was feeling more and more strongly the influence of Cézanne, and tending more and more to regard an as end what to Cézanne had been a means—substantial form. Cézanne’s personal ideal had two poles: to make of impressionism something solid like Poussin, and to do over Poussin in impressionistic terms. His ideal, that is, was of a complete pictorial art. In fact he rarely got as far as this, and was entangled to the end in the problem of means. Much of his work makes on me the painful impression as of a man tied up in a knot who is trying to undo himself. However, his concern with an essential problem, that of adequate expression in modern terms, made him the chief of the modern clan.

Picasso, the illustrator, had to come to terms with this. He was an outsider, not a Frenchman, and could not with the others accept Cézanne as a father, “le pere de nous tous,” as Matisse once said. Instead, he regarded him as a rival. And here a peculiarity of Picasso’s must be taken into account. Picasso never exhibited at the Salons or other collective shows. He stood apart. He at times explained this, but the explanations had not much value. The truth was that he felt as one apart, as one without companions or equals. He did not enter into rivalry with the painters about him because he felt about rivalry. It was one of those complex cases where a man feels sure and yet evades the test. Exhibition was both a degradation and a risk. Picasso’s confidence was good for much, but for no more.

There was, however, one rival who had to met—Cézanne, and it is interesting to watch Picasso’s course in the conflict. His drawing began to lose the nuances of the Harlequin period, and its curves grew larger, with marked opposition to straight lines. Deformation as a means of accent became more and more pronounced. The shapes were simplified and enlarged, but the quality of intrinsic form, in spite of all this, was not achieved. This seems indeed, to be an inherent quality, and no painter, so far as I know, once without it, has ever acquired it. Nevertheless, since it was Picasso contra mundum, success was the only alternative to complete failure. Picasso unconsciously adopted a ruse. He overcame at length by avoiding the comparison entirely. When there were no longer common terms, he could believe what pleased him regarding his own work. The confrontation with Cézanne left him fancy free.

Picasso was not a great painter or a great master of composition, but in both directions he was capable. He had grace and felicity of a very rich kind, and he had endless ingenuity. He kept his type of cubism alive by his infinite inventiveness, by his success in devising new combinations. At bottom, however, there was very little to it all. As for his intellectuality, that is rubbish. His intellectual baggage is of the slightest, and the total output of intellect in his work is negligible. Picasso is thoroughly intelligent in the ordinary human way, and is ingenious to the last turn, but he is in no serious sense a thinker.

It should now be obvious enough that when his admirers shake their heads despondently over his painting of recognizable form, and think that here he shows a weakness they would not have expected in him, it is time for them to look a little more closely into the work they believe superior. I think that if they do so they will find that there is no essential difference in quality between the cubist pictures and those recently exhibited in New York. In one case we have figure illustration, and in the other illustration of textures and shapes. Picasso fooled first himself and then all the world with solemn nonsense. Whenever he throws off the disguise he is found out.

The young artist who is quoted at the head of my article speaks of Picasso’s romantic streak, and contrasts this with the intellectual character of the cubist pictures. In fact, the whole cubistic curve was a course of sheer romantic mystification, first of the artist by the artist, and then of everyone else.

Why then, it may be asked, is Picasso’s cubist work better than that of others? The answer, of course, is that he has more talent. His talent is immense, but, to my thinking, it has been wasted on trivialities. Therefore this last work of his is immature and trivial, though often felicitous and successful.

Picasso was very human, with a keen appreciation of personal qualities. He had infinite gifts of expression. Like a Rembrandt or a Goya he would have grown to maturity of power by developing his native faculties. Instead, defects of character and inopportunity of circumstances, led him to seek his realization in construction of pure form for which his talent was but slight. Realization cannot come through evasion. Picasso refused his real job as not good enough for him, and the result has been a wilderness of foolery and waste.