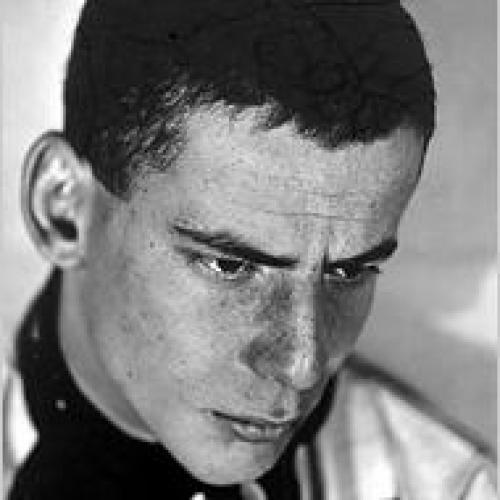 The retrospective show of Georges Braque cleanly installed at the Museum of Modern Art, its solid catalogue, Braque’s notebooks, each page adorned with stubby doodles, and the handsome exhibit of Cubist pictures at the Buchholz Galleries illustrating the appearance of Kahnweiler’s historic The Rise of Cubism, compels a new estimate of the descent from Cézanne, and of modernism in our arts, as style or statement.

Braque’s paintings, the big floor of them, are massively placid and monotonous. If half had been hung, his decorative gift might seemless complacent. Now, one wanders from one agreeable surface to the next, as if each framed a fragment from some continuous tapestry. Everything is comestible, leaves from a tasty cookbook.

In each of the assigned periods, elements from any six compositions seem interchangeable. Each picture regroups its balanced recipe in a gracious sublimation of Braque’s father’s craft as simulator of wood-grains, marbleizer. The flat Gallic common sense of his notebooks is laconic, astute, blunt: “In those who practice the cults of self, convictions replace faith. … One should always have two ideas; one to destroy the other. … I have never been able todistinguish a beginning from an end. … I am not a revolutionary painter. I am not seeking exaltation. Fervor is enough for me.”

Braque demonstrates that decorative painting is ornamental, a display of means, plastic or formal; fine furniture to adorn a wall. Beneath its stenciled surface, it is soon exhausted, since it has not, in its sandy scumbles, its desiccation of Manet’s matière, even the ultimate tactile richness of tapestry, enamel or ceramics. Braque is master of his epoch’s national taste, the most France offers since the death of Vuillard. We are grateful. Let us not, however, with the scribes and snobs, invoke the humane shade of Chardin as we trace Braque’s rational stenography. Though also attached to loaf, goblet and fruit, Chardin was never the mere decorator, since he found the factual texture of bread crust, wine glow and apple gloss as symbols, however fading, of a faith still superior to the styles of Self.

Cubist, abstract and non-representational art are accepted as the sole styles of legitimate modernism. Practitioners in these modes satisfy themselves that they are unique, since no previous epoch has enjoyed a nonobjective art, an art whose incestuous endis simply craft. Most art is a search for symbols—intelligible, intense, with the greatest possible reference. Formerly, the Tree or Cross, the Vine or Grape, the Sheaf or Loaf could have their simple universal reference through classic or Christian cosmology; but now Western esoteric tradition has been dead for two centuries. When artists find symbols, as they still may, it is by pure force of personal lyricism elevated to a peak of general correspondence. But the ancient search for a symbol, clear, anonymous and catholic, has been confused with the acceptance and exploitation of devices, vague, idiosyncratic and specialized.

AB-STRAHERE, reads Webster, is to draw from, to separate, to be considered apart from application to particular objects. This separation, this absence of reference, which since Cézanne has been canonized as a first virtue, ends the long process deriving from the dualism of Descartes: mind and matter are separate entities. Has it taken the diagnoses of psychosomatic medicine to know they are not?

After Descartes, science itself became an abstraction, licensed to the isolation of specialists. The result is our present faithless loneliness, where scientists consider art harmless superstition, and artists view science per se as incomprehensible; at best a sort of factual grab-bag, to be ransacked for rhetorical devices. Scientific method, to most modern artists, consists chiefly of the conveniences in camera, museum or library. The invention of the camera supposedly dispensed with any further need for representational painting, although instantaneity was never a match for selection or synthesis. The best humanist painters, from Eakins and Degas to Siqueiros and Ben Shahn, have used the camera as a documentary, or even stylistic aid. But the museum, and the library of reproductions (Malraux’s democratic, universally available musée imaginaire), is often only an anthology for eclectics. Just as few artists come to any decision as to what the camera can or cannot do, so they use museum or library as visual aids. They ignore what determines the appearance of an object they find attractive. The mind was involved in the form the matter took; metaphysic and science, in art, are one.

CLASSICISM, romanticism are naïve distinctions. Perhaps they only applied in the decades that first defined them. Now, they seem to be mere preferences toward style. There are romantic means of achieving abstract art (Kandinsky), and classic (Mondrian). There are classic ways of achieving figurative art (Poussin) as well as romantic (Delacroix). It might be more useful to divide influential painters into centrifugal artists whose interest extends beyond expressing the limits of their personality, and centripetal artists whose preoccupation is directed to a dramatization of their accidental or willful individualism.

The centrifugal artist is anti-Cartesian. He believes in a unity of mind and matter. His subject is as preconsidered as his technique is presupposed. His works are open windows, piercing the picture-plane, looking into catholic and superior reality. His brush is loaded with anonymity and prophecy (prophanai:speaking for another, exterior, heightened, but corresponding and controlling order).

The centripetal painter believes in self-illumination, improvisation, speaking for himself alone. He belongs to a new tribe ofrebels, enfranchised since Cézanne, whose customs make the specialized means of picture-making its sole end. A Cartesian, he feels an absolute split between structure and content. Preoccupied by insistent techniques, he makes of craft his hypnotic guide.

Even non-representational art must fatally represent something. However abstracted or isolated a composition may be from a universal symbol, states of mind, tensions, oppositions are presented. But they are ambiguous. Since they may be many things vaguely, they are seldom intensely or necessarily any one. Although symbols have layers of reference, theyare not ambiguous. They focus and pivot on a single sign. Meanings fly out from their intense source, illuminating everything. Abstracted art, in its slippery personalism, writes naïve autobiographies.

Kandinsky’s Black Lines: 1913 (Museum of Non-Objective Art) might be joyous decoration, springfreshets in release, flowers in a bowl,fireworks, or all, or none, or manyother things. It is nothing intensely orinexhaustibly save a semi-automatic improvisationdispersed in the tasteful,private and indiscriminate exuberanceof its artist.

Poussin’s “Rape of the Sabine Women” (Metropolitan Museum) is scarcely rendered with photographic completeness. It has its own selective abstraction. While the incident of its prétexte may not be near us, its richness, sober complexity, its stoic, frozen atmosphere—implacable, alexandrine—fixes us, not on Poussin’s personality, but on a rite. There is no isolation of individual elements purely as plastic components. Decorum, moral elegance, tragedy are as important as its changeable-silk costumery. Poussin had more pretensions than to be a practitioner; he was part poet and part prophet.

IN SPITE OF a self-separation from the continuous past, centripetal painters look to museums when not at mirrors. Great nature is forgot. Since they have small curiosity past preference, they choose objects for decorative devices, with slight interest in their roots. How can I use this? The Impressionists half-read Japanese woodcuts for bold flat-pattern, ignoring their psychological ferocity. The Cubists, in their demi-science, felt corroborated by African masks, finding in a strict intersection of planes some plastic attraction, but never admitting that such formal intensity sprang from belief in the supernatural, from the sense of a will above the self. The uses Impressionism and Cubism made of prior devices is often arresting. The comparatively rapid exhaustion, as styles, of both Impressionism and Cubism resulted from their decorative or rhetorical fragmentation.

MUSEUMS AND documents continue to be misread. The fact that a movement occurred, has been well collected or monographed, does not mean that it is useful to us now, nor even valid for itself, apart from its own historicity. Impressionism, for example, might be read as a languid digression, a vague disturbance of the peripheries of retinal assimilation, mechanical and mindless, which, while it may have broken down elements of light, decomposed form past legibility, and content past meaning save the accidental} or instantaneous. One might claim the sole service of Impressionism was the fact of Seurat (a fine exhibition of whose work is currently shown for charity at the Knoedler Gallery), himself the reversal of what the Impressionists fancied themselves, since against snapshot he opposed synthesis charged with order, plastic and intellectual, avoiding every immediate improvisation of plein-airisme.

Similarly, the descent from Cézanne, specialized, puritanical, egocentric and tricky, may be considered not progress but poverty. One day we must decide whether Cézanne was start or finish. After forty years his chief service seems to have been to make us look backward in the museums, with his awkward, honest eyes, to see cube, cone and cylinder not as pegs upon which to drape a kaleidoscope of styles, but as primitive structure which had been smothered by tiresome anecdote before him or academic estheticism after him. Through his vision we may see geometry as symbol of a more catholic order, rather than a facility for abstracting derivative, repetitive decoration, which, from retrospective exhibition to one-man show, look like the vignetted photos in a class yearbook. Each face is different, yet all have that uniform, doomed, hopeful vanity of the one most likely to succeed.