You are using an outdated browser.
Please upgrade your browser
and improve your visit to our site.
Skip Navigation
Reed Whittemore on Television 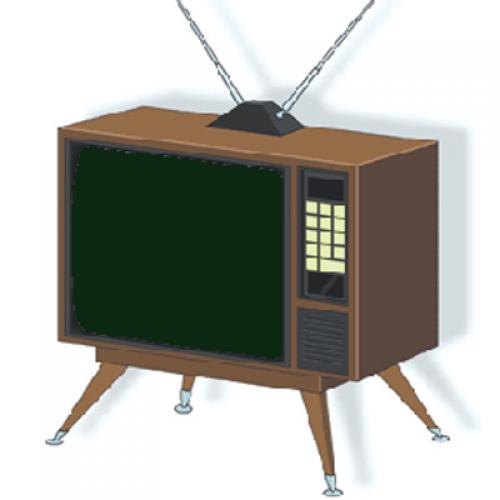 In most of the early newspaper reviews of "The Adams Chronicles" the big pitch was bigness. Six million dollars, nine scriptwriters, 3000 costumes—these were figures to conjure with, and the reviewers conjured, and the ones I read came up with the unusual theory that bigness had not destroyed the series. No, intelligence and restraint had saved the day.

I've now watched all but two of the first nine shows (the total is 13, running into mid-April) and beg to differ. Bigness is still a disaster in America, and in "The Adams Chronicles" the disaster is bigger than ever. As a nation we refuse to be instructed in bigness but keep making the same mistakes in its presence, decade after decade. So be it. Let the instruction begin . . .

In the first place, with three large benevolences (The National Endowment for the Humanities, The Andrew Mellon Foundation and The Atlantic-Richfield Company) entering the event determined to clear their Bicentennial consciences, and with several cultural sideshows (books, student and teacher guides and background films) grouping themselves conspicuously around the main tent, everybody in the main tent was sure to be uptight. They have been. And in the second place, with education and national uplift expected to rage through each and every minute of every show the uptightness was sure to be of a certain deadly kind. It has been. Each Tuesday I've found myself back in a high school history class staring greenly at such forgettable items as the conditions of the Treaty of Ghent, and each Tuesday I've heard the educational machinery grinding sadly behind lines like, "We shall need a President who can be above party politics" (to John Adams before he was nominated for the presidency) and "1 have of course read your Federalist papers" (Mr. Adams to Alexander Hamilton) and "So now the fools have guillotined their king ...1 have no faith in the mob" (Hamilton himself, speaking his deep mind). But if culture and light may be imagined to be the motive power behind such junk, what of lesser lines, lines of no high school significance, lines like these between Mr. and Mrs. Adams in their own parlor after a sojourn abroad?

—Look at the condition of the furniture. —I don't care. It's worth anything to be in our own home at last.   One reviewer 1 read reported that the show's producer, Virginia Kassel, had said that the family talk in the shows was sugar to coat history's pill. If in fact she said this—and I will return to the possibility—she should not have been the show's producer at all; but if she did not say this the lines still need to be explained, and my explanation is just that such lines are what you get from nine writers.

But why did the production need nine writers? Logistically there must of course have been great pressure to produce many great lines fast, and that pressure must have been converted, economically, to pressure to bring extra writing bodies into service (in fact a writers' strike held up production for some weeks), but such troubles could not have been the primal cause for nine writers. The primal cause must have been present before the production line was set up. The production needed nine writers because it was from the beginning—in the conceivings of those who conceived it—too big and important to be turned to any one writer. Or to any one mind. It could therefore only be consummated by mindlessness, that is, by committee.

DIVERSION. Long ago Raymond Chandler, who was merely one writer, went to Hollywood and hated it, but wrote scripts for a few movies before seceding. While he was there, and angry, he also wrote a few essays explaining why Hollywood was no place for writers, one of which is now being published for the first time (In the Spring, 1976, Antaeus). In this last essay he said. In passing, almost everything that needs to be said about "The Adams Chronicles."

He began by indicating that he was not greatly enamored of his writing prowess, was not persuaded that he could single-handedly master the strange medium of the field film. To the contrary he was sure that if he were allowed to do a movie the way he would like to do one he would make mistakes, especially technical mistakes. He would certainly not be able to produce "a clean and wholesome shooting script" alone at his desk that would satisfy "all concerned." But who, he then asked, could? The real trouble with the writing of a screenplay was that "ninety-nine people know more about how it should be done than the one who does it." (In "The Adams Chronicles" there were presumably 99 plus eight, the eight being eight additional writers.)

Chandler admitted that he was a partisan of the writer's role in films, but he was so because he was convinced that there could in the end be no other creative center to a film, and convinced also that without a center a film was lost. Briefly, "You can't make good pictures without good screenplays."

Not bad for a hack. 1 read his essay after seeing two of the Adams shows in a row in a studio, and immediately 1 wanted (a) to find more Chandler to read or reread, and (b) write this review. For Chandler had said it: the trouble with "The Adams Chronicles" was that finally it was "nothing but production."

FURTHER DIVERSION. There is plenty of peripheral integrity to "The Adams Chronicles." There is acting of integrity (and skill). There is historical integrity about facts small and large—and so much attentiveness to historical integrity of this kind that 1 lusted after falsehood—and there is as well a sort of Bicentennial integrity that has made imperative the inclusion of the weaknesses as well as the strengths of the Adamses (will the integrity, 1 wonder, go as far in the last two shows as to present Brooks and Henry Adams' Darwinian anti-capitalist anti April 3, 1976 semitism?). Also there is some (slight) justification for the show's central vacancy—that is, the absence of the "magic" that Chandler was talking about—justification to be found in the show's title. It is a chronicle, and are not chronicles always vacant at the center like a doughnut? Holinshed's old English chronicles were like that, and even Shakespeare in converting pieces of them into plays did not always escape his source's trouble. Should a chronicle be wonderfully structured, or should it tell history's plain chaotic factual tale?

The producer of "The Adams Chronicle" obviously favored the latter, and was content therefore with the imposition of small incidental structures as the times blundered on. These structures presumably were the writers' doing, and some of them are effective. Episode number nine is, for instance, a well shaped hour in which John Quincy's four-year stint in the White House is molded into about nine scenes (two of which are double scenes with the camera swinging from public event to backroom unhappiness) that span the four years painlessly, subordinating chronology to the conflict within J.Q. 25 between his noble national aspirations and his political impotence. Bravo. But the hole at the doughnut's center remains. And it is a hole created not only by committee mindlessness but by the philosophy of history and social change (Kassel's?) that puts facts like the Treaty of Ghent front and center, reducing the nominal creators of the history to providing transitions between such treaties ("John, I know you're handling our country's interests well but how long must this go on?")

NOW PERHAPS that is not the philosophy behind the series. Perhaps the emphasis upon history as a filing cabinet full of inaugural speeches, state funerals, white papers and white wigs is inadvertent. Certainly plenty of attention is paid to the Adamses' major ideological and moral and political concerns, concerns that remain with us as a country even though the Andrew Jacksons have won. Very well. But the trouble is that those concerns get lost. The filing cabinet triumphs. And this outsider's guess is that it triumphs because no single mere writer was allowed to be in charge.

This article appeared in the April 3, 1976 issue of the magazine.