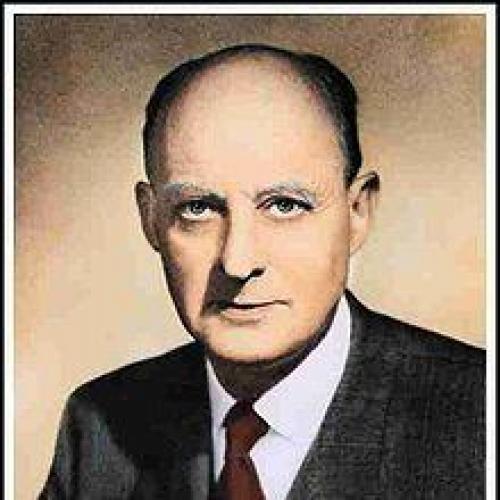 A review of Reflections on Hanging, by Arthur Koestler.

Arthur Koestler has treated his adopted country to a philippic on the one issue on which a continental may rightfully criticize the quality of English justice: the question of capital punishment.

Why have efforts to abolish it been abortive in a nation which has a higher sense of justice and a more precise juridical procedure than most nations? It is in answering that question that Koestler’s book comes alive. For the evidence indicates that Britain is backward in its penology by the force of the same legal tradition which enabled this fortunate nation to see “liberty broaden down from precedent to precedent.” The genius of British political life was always to claim a new privilege by appealing to an old one and asserting that the old one, properly interpreted in the light of modern situations, would mean this or that privilege or right. Thus England moved forward by looking back, always appealing to the “rights of Englishmen” rather than to the “rights of man.”

But the appeal to precedents so vital in the history of political freedom, was catastrophic in the history of penology. Thus, at the beginning of the Nineteenth Century the criminal code of England, the “bloody code,” listed between 220 and 230 offenses which could be punished by the death sentence. Penal reforms in the Nineteenth Century gradually reduced the number of offenses by the total abolition of the death penalty was not considered until this present century, and the reformists encountered the same stubborn resistance to its abolition which in the Nineteenth Century were encountered in restricting capital punishment to capital crimes. Koestler points out that none of the dire predictions by the conservative judges of the consequences of these reforms were validated by history; but this has not prevented some of the most eminent of the Chief Justices and Lord Chancellors from making equally pessimistic predictions about the catastrophic results which would be consequent upon the total abolition of capital punishment. Moreover, the influence of the judges upon the House of Lords was so great that the Lords have to this day thrown out legislation adopted by the Commons under various governments, abolishing capital punishment.

Perhaps the most disquieting part of this story of judicial conservatism is the treatment of the insane, guilty of capital crimes. Koestler tells the story of the “Anti-M’Naghten rules” in full of they furnish the criteria of the punishment of insane criminals of over a century. One M’Naghten was under the illusion that the Pope, the Jesuits’ Order, and Sir Robert Peel were conspiring against him. He shot Peel’s secretary in 1843 thinking him to be the Prime Minister. Eight “medical witnesses,” or in the modern terms, psychiatrists, testified that his delusions made him irresponsible; and the Chief Justice stopped the case and instructed the jury to bring in a verdict of “not guilty by reason if insanity.” The House of Lords was not satisfied with the verdict and sent a questionnaire to the High Court Justices. The Justices gave their opinion that insanity could be proved only if the defendant “did not know the nature and quality of the act he was doing, or if he did know it, that he did not know that he was doing wrong.”

This unofficial opinion became an absolute criterion of criminal jurisprudence and insured the hanging of many insane criminals for a period of over a century. According to Koestler’s evidence, the Home Secretary, who, according to the unwritten constitution, dispenses the King’s pardon, has very frequently disregarded jury recommendations of mercy in the cases of insane defendants in spite of the boast that the Home Secretary will grant a pardon if there are any extenuating circumstances.

While this exhaustive analysis of the whole problem of capital punishment achieves its interest primarily because of the light it throws upon one of the most curious ironies of Anglo-Saxon justice, it should have the additional attraction to American readers, that it may sensitize their conscience in regard to a moral problem in which our nation has adapted the standards of the “mother” country without realizing that these standards were the dubious by-products of a great legal tradition.

Only one chapter in this excellent volume is unconvincing. It is devoted to a cursory examination of the difficult problem of determinism and free will. Koestler, a determinist, thinks that freedom is a useful fiction. Freedom, he declares, is a fantasy but man is a fantastic creature. What does that mean?