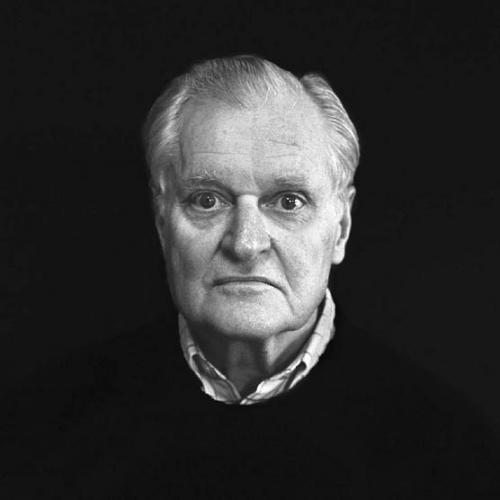 The first thing one notices about the large loan exhibition called Painting in France 1900-1967, now at the National Gallery in Washington and coming to the Metropolitan in New York next month, is its odd timing. It must have required a certain panache for M. Malraux’s Ministry of Cultural Affairs and the Musee d’Art Moderne to send this show to America when cultural as well as diplomatic relations between the two countries are at an all-time low.

Ever since Rauschenberg won the Venice Biennale in 1964 the French art world has been alert to the American menace, though in fact the barbarians had been slipping through the gates for some years while French painting dozed in a post-Surrealist Indian summer. By the time the French awoke to the importance of Abstract Expressionism it was too late: Abstract Expressionism was already dead, or so it was said, and even Pop was on the way out, causing younger French artists to adopt a fence-sitting attitude which is still evident. In its review of the Biennale the weekly L’Observateur printed a cartoon of Superman soaring upward from the Piazza San Marco with a bagful of dollars, an image which summed up, but unfortunately did not supplant, the torrents of ulcerated prose in the French press.

It also emerged at this time that American artists had been slandering the French for years, but since the general public was unaware of any American ascendancy in the arts, they could hardly have been expected to know of the accompanying tide of resentment toward French art, which started the whole thing a generation gap ago and was therefore guilty. Since then French resentment and mistrust have kept pace with American contempt, and the resulting situation does credit to neither side. One of the more piquant incidents in this cold war was an exchange of letters in last November’s number of the French art magazine L’Oeil between Sidney Janis and Alain Jouffroy, one of the more bombastic younger French critics, about who did the first monochrome painting—Ellsworth Kelly or Yves Klein? What emerged was that the origins of monochrome are as clouded as Chaos and Old Night, and that artists and their fans are apt to be as chauvinistic as the DAR.

This may seem a long preamble to a show which, I hasten to add, is crammed with beautiful pictures that have nothing to do with politics. But since the show is bound to have political repercussions (in the art world) and was no doubt sent here with that understanding, its political message is worth decoding. It is true that Americans, despite all their loose talk, are only imperfectly aware of postwar developments in French painting. Many of the “heavies” like Wols, Hartung and Fautrier, whom the French consider on a par with Pollock, Klein, and Rothko, have hardly been seen in depth over here, while their zanier (and more salable) juniors like Jacquet, Raysse and Yves Klein have regularly made the New York and Los Angeles scenes. A certain accounting, then, was overdue, but though the present show gives a generally fair picture of current French activity in painting, it is not one that is likely to make American artists uneasy. All too often, alas, it will seem like an attenuated reflection of what has been happening here.

This does not apply, of course, to the first decades covered in the show, where on the contrary one can see the source of much of our own more recent “heroic” period. These rooms are a delight: one might quarrel, according to one’s personal taste, with the choices (perhaps a bigger Vuillard, a later Derain, a more typical Rouault?), but this would be ungrateful indeed. The Musee d’Art Moderne could hardly be expected to strip its walls; meanwhile it has sent us a sizable portion of its treasures. These include one of the key pictures of the 20th century, Matisse’s 1907 Le Luxe, as well as major examples of Utrillo, Chagall, Modigliani, Picasso, and Braque. It is especially nice to see Bonnard’s lush and witty Portrait of the Bernheim Brothers (one of three Bonnards) and for once a Dufy (The Studio in the Impasse Guelma) that shows what a marvelous painter he sometimes was. Vuillard’s The Breakfast Table, a portrait of his mother, is small in size but big in spirit, washed with the tawny light of a wallpapered Paris dining room smelling of navarin and cats. Roger de la Fresnaye’s Seated Man is one of the undeniable masterpieces of this uneven painter, and even Segonzac manages to look less like a poor relation than usual. These first rooms in the show confirm my feeling that, if the Musee d’Art Moderne were to consign two-thirds of its collection to the reserves and find a suitable shelter for the remainder, it would be one of the world’s best museums.

Feeling all aglow again, one comes to the second and larger section, covering the succeeding generations, and chosen, apparently, with the help of a number of Paris dealers who get thanks in the catalogue preface. Inevitably this sequel, like all sequels, is a letdown. And nobody, surely, imagined that Soulages and Mathieu, good as they are, were the equals of Bonnard and Picasso. It is really not their fault, nor that of their contemporaries, if the before-and-after format of the exhibition places them at a disadvantage. It is nobody’s fault. Meanwhile, lest Americans derive excessive satisfaction from this, let them first imagine a show in which Pollock, de Kooning, Still, Newman, Rothko, Motherwell, and Kline confront their younger contemporaries. Such a show may soon be headed for Paris, judging from an invitation from M. Malraux which Ambassador Lucet read at the opening, and the French critics are no doubt sharpening their garrison belts.

Why does art seem to bloom at certain times in certain countries and then fade out abruptly? One might argue that the First World War and the Depression finished French art off. Today it seems to lag chiefly because artists get very little support either from private collectors (and hence dealers) or the government. The collecting of young artists as it is practiced here is unknown in France; museums are government run and hence impoverished (imagine our Museum of Modern Art forced to depend on Congress for funds!); tax cuts for gifts to museums do not exist, although a recently enacted law now permits people who inherit works of art to present them to a museum without first paying inheritance taxes. A private collection may even become a liability in the form of a signe exterieur de richesse, subjecting its owner to a tax increase.

These factors plus the natural tendency of pendulums to swing are perhaps some reasons why the French Elysian Fields of pre-1914 now seem a rather untidy garden. Not that it is by any means a desert, but what there is, judging from this show, is a cluster of individual talents rather than a tradition, that feeling that everybody is on to something which we get rather too much of in New York. And maybe the leaders of 1914 were themselves merely a small group of fortuitously placed individuals; certainly they go their own separate ways after the war, with even happier results in many cases: Leger’s huge Composition with Two Parrots (1935-59), Picasso’s Dawn Serenade (1942) and Braque’s late and odd Weeding Machine (1961-63) bear witness to vitality and independence, while one really doesn’t miss Marcoussis, Gleizes and the others who helped shape the earliest Zeitgeist.

And one might argue that the breakup of a tradition is a good thing, allowing artists to go back to what they wanted to do in the first place without worrying about what the tenant of the next studio may be up to; this seems now to be happening somewhat in New York. Thus France since 1920 has seen the emergence of highly individualistic figurative painters like Balthus, Hélion, and Bérard. (The latter is regrettably absent from the show; one could have wished too for one of Hélion’s more recent, realistic canvases to supplement the two admirable earlier ones, but they are considered retrograde by retrograde French opinion.) Painters like these inspire admiration but not imitation; their gift is too personal and hard to analyze, and they could probably not have achieved even their present stature in a one-tradition culture.

Among the postwar abstract painters it is again the odd, quirky ones who come off best, for example Michaux, whose india ink armies repeat the lilliputian struggles in his poetry; Dubuffet’s human mud-pies; Fautrier’s arsenical tartes à la crème which affect one more as time goes by, although (and the same is true of Hols) it is a static art of renunciation of everything except the patterns of mold on the wall of one’s cell, and therefore puzzles Americans; Herbin and Dewasne, whose bright hard-edge paintings end up as something a lot more personal and satisfying than a retread of Mondrian; and Degottex, a gifted painter of almost monochrome panels, who is unfortunately represented here by a rather weak example. Mathieu also is among the unaffiliated major postwar painters, and it is too bad that he is represented in Washington only by a minor work of 1945: he has really come into his own only in the ‘60s, when he started to go out of fashion, and a large recent work sent from France was one of a number (including Picasso’s curtain for Parade!) which could not be hung for lack of space. Perhaps it would have been better in this case to prune the show of some of its local deities and river-gods like Nallard, Estève, Schneider, and Gillet, who, though typical of the School of Paris, add no special luster.

But where the show disappoints most is in the work of the younger generation. Not that they are untalented; some ofthem are quite clever and by and large their work is much pleasanter to look at than that of their immediate predecessors. That’s just it—it’s pleasant. In many cases they have latched on to some American phenomenon and cleaned it up for home consumption. The German Peter Klasen, for instance, has adapted Rosenquist’s significantly placed trivia in his What Woman Wants so that the result is actually fetching, which was certainly not the original intention. Bernard Rancillac turns Pop into a crypto-political statement—the French feel you have to protest something, not everything all at once. One is both delighted and frustrated by Hervé Télémaque’s deft juxtapositions of lawn furniture called The Poet Dreams of His Death and Jean-Pierre Raynaud’s Psycho Object 27-A, an assemblage that suggests a hygienic concentration camp. The level of competence is very high, and that’s about it. Perhaps this is being too hard on the French, but if so it’s because one would really like to see them break through, if only to give the He to American smugness. Anyway, there are bright spots, such as one of the late Bernard Réquichot’s insane collages; a composition of squashed paint-tubes exuding rainbow streams of color, by Arman; and a beautiful painting called Exhibits and Other Things by the Portuguese-born René Bertholo, in which miscellaneous pastel objects, people and bits of furniture drift across the canvas the way they do in your mind’s eye when you’re falling asleep.

John Ashbery’s most recent collection of poetry is Breezeway (Ecco, 2015).