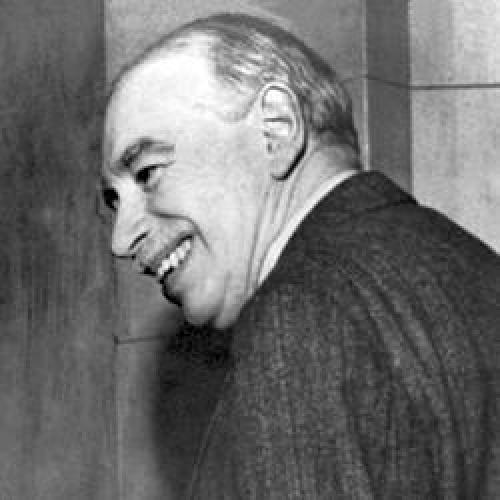 With the German government’s formal announcement of its bankruptcy and the total cessation of all payments including deliveries in kind, the first phase of reparations during which Germany continuously paid large sums—probably up to the full limit of her capacity—has come to an end. It may be that no more will ever be paid. This is therefore an appropriate moment for reviewing and estimating her past performance.

The mind of the public has been extremely confused by the variety of estimates which have been current, varying from German official claims that she has already paid more than £2,200,000,000 to press headlines that she has paid nothing at all.

Apart from differences of opinion as to the estimation of particular items, there are two sets of figures which have been distinguished—namely, the total financial burden, thrown on Germany by the Peace Treaty and the portion of this which counts under the terms of the Treaty towards the discharge of reparations. Certain sacrifices imposed on Germany are excluded altogether from the items counting towards reparations although they cost Germany just as dear as items which are not excluded, while the method prescribed by the Treaty for calculating, for the purposes of the reparation account, the value of certain other items undoubtedly yields a lower figure than their real cost to Germany. Thus the cost to Germany of what she has paid and delivered is much greater than the sum credited to her in the books of the Reparation Commission.

Now if we are considering what progress Germany has made towards meeting her treaty liabilities the latter figure alone is relevant, but if we, are seeking the measure of effort needed to carry her burdens or the punishment imposed on her, it is the former figure which matters.

Let us begin with the sums credited to her in the books of the Reparation Commission, which are indisputable and which represent the lowest estimate of her effort on any computation, these fall into three categories: Cash £95.000,000 gold; deliveries in kind £189,000,000; state property in ceded territories £127,000,000; total £411.000,000. Of these sums £19,600,000 was returned to Germany in the form of coal advances (under the Spa agreement). On the other hand, currency worth about £35,000,000 and goods and services worth at least a further £35,000,000 have been furnished to the armies of occupation and the commissions of control. Furthermore, the Reparation Commission has still to estimate and credit the value of state property in the ceded area of Upper Silesia, estimated by Germany, I think, at about £50,000,000. If we make adjustments for these various items, the total sum will be £511,000,000.

Thus the German valuation is more than three times that of the Reparation Commission. Part of this discrepancy can be explained, without imputing bad faith to either party, by the difference m the principles of valuation adopted. The German government naturally considers what the property is worth to the Germans and the Reparation Commission equally considers what it is worth to the Allies—which may be all the difference between a going concern and a bankrupt stock. It might be quite consistent with the terms of the Treaty to value some of the most essential parts of Germany’s industrial equipment as scrap-iron, but this would not be a correct measure of the burden thrown upon Germany. Indeed, its tendency to impoverish whatever it touches and to convert organized equipment into rubbish is one of the characteristics—we can almost say one of the objects—of the Treaty of Versailles. Two items are, however, since they relate to known and definite objects, particularly striking the Saar mines and the mercantile marine. The difference between the valuation per ton of output placed by the Reparation Commission on the Saar mines and that claimed by France for the destruction of her own mines, and the difference between the valuation per shipping ton placed on the German mercantile marine and that claimed for the destruction of Allied shipping are so wide as to seem obnoxious to justice. It should be added that the discrepancy in the shipping valuation partly depends upon whether the boom values current at the date of delivery are taken or slump values current at the date of valuation. It is instructive because it well illustrates the outrageous character of the reparation business to note that the valuation placed on the whole German mercantile marine is sufficient to pay interest on Germany’s reparation liability as assessed by the same authority for a period of less than six weeks, while the surrender of the Saar mines pays the perpetually accruing interest bill for less than one month.

Since the German valuation has been built up item by item and offered for criticism and cross-examination, we may fairly assume, after allowing for all possible exaggerations, that a measure of the burden thrown upon Germany by the deliveries is not less than half the figure claimed, that is to say, £395,060,000, as against £241,000,000 credited under the terms of the Treaty. No one, I think, could put the cost to Germany as distinct from the value to the Allies (which in some cases is less than nothing) at a lower figure than this.

We now come to certain items which under the terms of the Treaty do not count at all towards the reparation, but are none the less a charge on Germany. The most important are the following: 1. Sums owed to Germany by her former Allies; 2. German colonies and state property there situated; 3. state property in Alsace-Lorraine; 4. “restitutions” in replacement of specific Allied property removed by Germany from the invaded territory; 5. German ships seized in enemy ports; 6. German private property seized and liquidated abroad; 7. payments by Germany in discharge of private debts.

The face value of the first item is £85,000,000, but while it represents real loss to Germany its market value undoubtedly is nil. I know of no reliable estimate of items, two, three, four and five. On the basis of partial data I put these items, but without much confidence as to the accuracy of the figure, somewhere around £100,000,000 altogether.

Items six and seven are of different character. The proceeds have been applied to the discharge of German private debts and to this extent they represent not a net loss but the liquidation of liabilities. The net burden has been thrown on Germany only to the extent that the assets have not been applied to the discharge of the liabilities of her own Nationals—under the Treaty any surplus can be applied to discharge the private debts of Germany’s former allies—or have been sequestrated and in part not applied (as in the United States), or have been sold at a price less than their value to their German owners as a going concern. Nevertheless, apart from this net burden, the fact that this amount of capital, previously lent to Germany, has been called in, thus diminishing her working capital abroad and her liquid reserves against emergencies, has clearly diminished her capacity to make foreign payments during the period since the Armistice almost as much as though it were a net loss. The figures are very large. The German government’s estimate of the value of the property liquidated abroad is £585,000,000—Tardieu has estimated it a little higher, namely at £650,000,000—and the amount of cash payments under the clearing house system is £30,000,000. The estimate of the value of the property liquidated appears too high if it is intended to represent its present value, but is probably not too high as a measure of its pre-war value.

To sum up, I am of the opinion that the financial cost to Germany of her efforts to meet her Treaty liabilities and her obligation to surrender under the Treaty between the date of the Armistice and the date of the occupation of the Ruhr has exceeded a billion pounds, and if we include the sums she has had to find in this period to discharge private debts, the figure reaches £1,300,000,000. In order to reach an independent estimate I made this calculation before opening the valuable volume, Germany’s Capacity to Pay, by Moulton and McGuire, lately published by the Institute of Economics of Washington, D. C. The corresponding estimate of these writers is £1,290,000,000 up to September 30, 1922, which almost agrees with my figure, allowing for the fact that I carry my calculations up to a later date. There are, however, some differences between us regarding one or two items, which make up the total. In addition to this, Germany’s prewar investments in Russia, Turkey, and Austria- Hungary and her war loans to her allies have been rendered valueless by the course of events and there has of course been an enormous loss of “good will” in her business connections and organization.

Allowing for the change in the value of money, and for the relative wealth and population of France in 1871 and Germany in 1919, the figure of one billion pounds represents a real burden on Germany per head more than double that thrown on France by her payment of £200,000,000 after the Franco-German war. If we remember that Germany had fought the most exhausting war in history for four years and had lost in one way and another the bulk of her foreign assets, whereas France had her previous resources of foreign investments and the like almost intact, it is clear that the German effort to pay has represented enormously more than the equivalent of the French indemnity, as indeed we can easily judge after the event, by the comparative effects on the wealth and prosperity of the German people in 1923 and the French people in 1873.

In the face of these facts, the broad outlines of which are not open to dispute, it is an outrageous thing that certain sections of the press should be filled with charges that Germany has paid next to nothing, that she has evaded her liabilities and that by bluff and chicanery, she has cheated her creditors. These statements and suggestions are untrue.