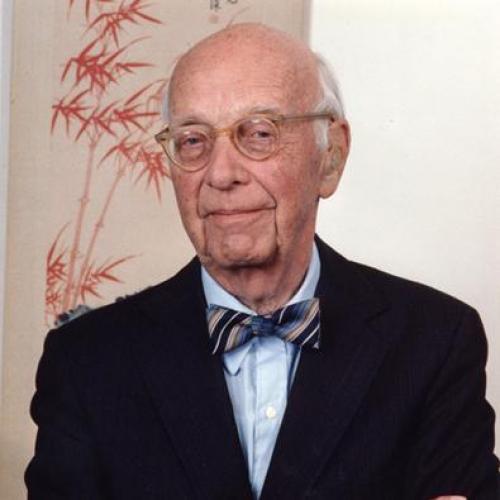 When news from China is totally unforeseen and utterly confusing, your experienced Chi-spert (“China expert”), nothing daunted, falls back on history. The historian’s type of after-the-fact explanation is both less courageous and less foolhardy than forecasting what will happen next. Today it offers several perspectives on Chairman Mao, all melancholy, which undoubtedly contribute to the current Chinese popular reaction to him.

Several dynastic founders imposed order on China after prolonged disunity, exacted enormous exertions and sacrifices from the people, but wound up overreaching themselves, victims of megalomania if not paranoia. Most famous was the First Emperor (Shih-huang-ti) of the Ch’in who unified the Warring States in 221 B.C., burned the books, buried the scholars, built up the Great Wall, and died seeking the elixir of immortality. Yang-ti of the brief, reunifying Sui dynasty who died in 618 A.D., revived the government examination system but also built a new capital, rebuilt the Wall, and dug the early Grand Canal, all by forced labor with enormous loss of life. The founder of the Ming dynasty, Chu Yuan-chang (reigned 1368-1398), after throwing out the Mongols and reasserting China’s imperial grandeur, became hypersuspicious and developed a court ceremony in which some of his high ministers would be publicly bastinadoed.

While such cases “prove” nothing scientifically, they are part of the old peasant folklore applicable to the One Man of today. Likewise the abrupt rise to power of the fourth Mrs. Mao (Chiang Ching) must evoke the old adage that concubines gain influence as a dynasty reaches its end. Historical folklore, in short, suggests that Mao’s current excesses fit the pattern of the powerful unifier who remakes heaven and earth but cannot stop trying to do so.

The Attack on the Ruling Class

Another perspective, more sympathetic to Mao, is that of the peasant rebel who rises to smash the oppressive establishment. In attacking “revisionist” and “bourgeois” tendencies, Mao seems to be trying to exorcise the ghost of the old ruling-class tradition. This seems an impossible task, to wipe out bureaucracy in the civilization that invented it, but Mao has a vision of a classless future. Evidently he has actually bought Maoism.

To really hate the old ruling class we would have to live under it in its days of decay. Consider the persistent effort and clever practices by which Chinese gentry families maintained their upper-class position. First they produced more sons than peasant families by the simple device of arranging their children’s marriages earlier and using their resources to bring in secondary wives (concubines) to help produce the next generation. When talent emerged from this larger crop of sons, it was put to work on the classical texts to create scholars who could enter on official careers through the government examinations. While one scholar-brother as an official could protect the family’s holdings against the rapacity of other officials, his merchant-brother could invest the family funds and a farmer-brother could manage the estate. If brothers lost out in trade or official life in the city, they could retreat to the family’s landed estate in the village; or contrarily, if disorder overwhelmed the countryside, the whole family could take refuge in the big, highwalled house in the city. Big gentry families, once entrenched, could take peasant families under their wing, rule the countryside with their own armed militia, and in time of want, squeeze the populace unmercifully. Since filial reverence and obedience of parents was the keystone of the family system, Mao’s communism has systematically featured children denouncing their parents.

The old bureaucracy had similarly subtle ways of entrenching itself, mainly by manipulating interpersonal relations through gifts and favors within a network of loyalties and obligations. One can imagine how Mao’s senescent dismay at the inevitable revival of these self-seeking practices can trigger the hatred and cruelty of a modern jacquerie staged through Red Guard teen-agers.

Prestige and influence in Confucian China sprang from virtuous conduct. To lose face through unseemly conduct was to lose influence. Some residue of this idea attaches to the current Red Guard ceremonials of public humiliation which have reportedly driven many scholars and writers, if not party leaders, to kill themselves. Being led through the streets, paint-bedaubed in a dunce’s cap, for example, is more shattering to a dignified Chinese of culture than this kind of Sinified hyper- McCarthyism would be to us.

Curiously, face seems to play some part in the calculations of the opposition to Mao’s fanaticism. This opposition seems to exist (how could it not?). But why is it not more vocal? Why is Mao not denounced from those centers he does not control?

One reason is surely that the party has accepted “the thought of Mao Tse-tung” as its practical ideology, Mao still has control of his thought, and the party opposition cannot hope to govern without an ideology or put out a substitute ideology while the great man is still active. They have to wait for Mao’s fanatical crusade to wear itself out, and then use his ideology to pick up the pieces and get Chinese communism back on the rails. In pre-communist parlance this means they must save the old man’s face. His erstwhile followers who are being pilloried have to take it, much as the emperor’s ministers used to try to survive his bastinadoing, in order that they might carry on the social order in the name of the despot after he had had his tantrum and done his worst. We can philosophize that this is the price that generations of Chinese bureaucrats have had to pay for a system that heads up in the personal rule of the one man at the top, rather than in the supremacy of an abstraction like the law.