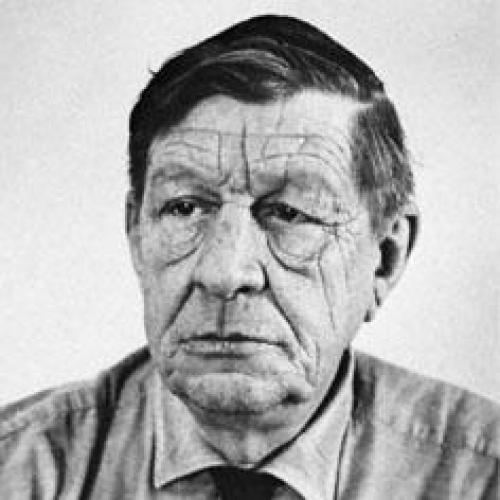 A review of The Novel and the Modern World, by David Daiches.

Human history is a wave-series of civilizations. At the crest of each, society is united in a community of belief, a standard concept of the True and the Real “with reference to which its activities can be given purpose and meaning and value.” In each trough this common standard disintegrates; “public truth is shattered into innumerable private truths.” An artist is always confronted with the problem. What has value? What and according to what pattern of emphasis shall I select my materials? Those born in the crest periods can give the answer of their society in which they are assenting members; but those born in the troughs can only give personal subjective answers with no guarantee that they will be valid for others. At present we are in such a trough. Here are six English novelists, two of them women, who flourished in the first half of the twentieth century. The two eldest hardly realizethe question, one because he almost believes the Victorian answer, though unpleasant facts bother him a little, the other because he is concerned not with Western Europe, the world of “the drawing-room and the factory,” but with more primitive environments and characters, the sea, the Far East. One gives an aristocratic answer, the intellect can refine life, and two give mystical ones, seeking to find the reality behind appearance either by an ascesis [discipline] of the sensibility or of the will. The most ambitious and gifted of them all makes a heroic attempt to make the word, not imitate, but recreate Nature, so that it is the reader who becomes the artist. In the earlier trough periods art disappeared altogether, but it has been kept alive in this by, and only by, a tremendous exploitation of technical tricks. The outlook would be black indeed were we not already past the bottom and rising toward the crest of a socialist world order with a new tradition in which artist and public will be linked once more in a community of belief.

A crude summary like this does not, of course, do justice to Mr. Daiches, who has not only read Galsworthy, Conrad, Katherine Mansfield, Joyce, Aldous Huxley and Virginia Woolf with the greatest care, but really likes their work and is not ashamed to say so. So many critics with a social conscience seem to suffer from an uneasy suspicion that, perhaps, Art is wicked. Any criticism, therefore, of Mr. Daiches’ position—and it is one that I used to hold but now believe to be unsound—can be directed, not at what he knows about the novel but what he assumes about the Modern World; I would trust Mr. Daiches anywhere with a book but not very far with a ballot.

Is not history a flowing river rather than a wave-series? Disturbed and narrow where the slope is steep, it broadens out into calm lakes whenever the valley flattens, but it is flowing downhill all the same; each lake is at a lower level. Is not the whole evolution of human society a consistent evolution from catholic community to protestant personality, from belief to faith? In the beginning is the tribe in which individual and community are hardly distinct; in which symbol and truth are one, and tradition, whatever its values, whether cooperative like the Arapesh or paranoid like the Mundagumors, is, and for the last time in organic evolution, really binding. From the moment that the concept of Freedom is differentiated from the concept of the Good, tradition has lost the battle, and every subsequent truce, from the Roman dualism of the jus gentium and the jus naturale to the Temporal and Spiritual dualism of the Catholic Church, from Catholicism to the Protestant scheme where even the God of emotion is freed from tradition which now binds only the divine architect, shows a further loss of traditional sanctions and security. Until, finally, in our own time the Machine has deprived even words like society and class of any real meaning. Instead there are only small groups, each united by a common specialization which dictates economic interest; men no longer have neighbors tied to them by geography, only a far-flung association of personal friends kept in touch with by machinery. The effect of the machine on life overshadows completely any political effects. Capitalist America is far more like a Communist Russia than it is like the America of 1800, and there is not the slightest reason to suppose that owning the means of production will create for the people a sudden traditional source of value.

Mr. Daiches’ real dilemma is where to derive his values from. In admitting that a convention is only a convention, that symbols are not truths, he rejects the Catholic answer, but in denying, as he does in discussing Mansfield and Huxley, that personal intuitions can be anything but purely subjective, he rejects the only workable alternative, that symbols bear a relation to truth, that we can know something of the laws by which the universe runs, though there will always be faulty and subjective elements in our knowledge. For what is sauce for the individual goose is sauce for the social gander. If Huxley is purely subjective, why should I attribute any objectivity to the ethics of the Communist Party, especially since I began to study anthropology? If he is logical, which, thank heaven, I know he won’t be, Mr. Daiches will have to answer like Goebbels or Molotov: “Because I am stronger than you are,” or like Keane at Eton: “Boys, be pure in heart or I will flog you till you are.”

I am both more optimistic and more pessimistic than Mr. Daiches. I welcome the atomization of society and I look forward to a socialism based on it, to the day when the disintegration of tradition will be as final and universal for the masses as it is already for the artist, because it will be only when they fully realize their “aloneness” and accept it, that men will be able to achieve a real unity through a common recognition of their diversity, and only when they are conscious that all symbols are symbols and not life, that they will be able to use them properly to live and communicate with each other, and the river will have at least reached the ocean: but, on the other hand, though I believe that we are on the last lap of this particular race, I fear that the last lap is going to be the worst.