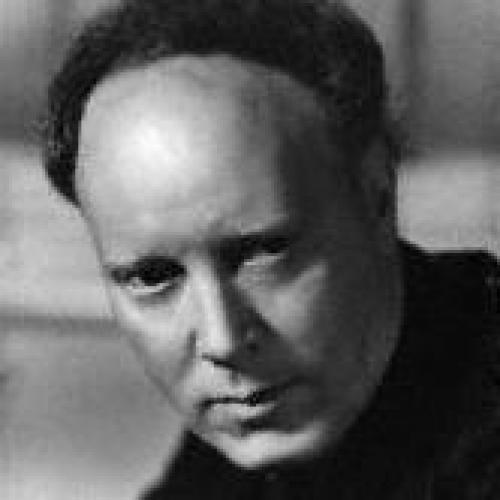 It is becoming fashionable to take criticism seriously or, more exactly, serious critics are trying to make it so. How far they have succeeded may be measured by the fact that we are no longer ashamed to reprint our reviews: how far they are justified is another question. It is one the answer to which must depend a good deal on our answer to that old and irritating query—is beauty absolute? For, if the function of a critic be merely to perform the office of a sign-post, pointing out what he personally likes and stimulating for that as much enthusiasm as possible, his task is clearly something less priestlike than it would be if, beauty being absolute, it were his to win for absolute beauty adequate appreciation.

I do not disbelieve in absolute beauty any more than I disbelieve in absolute truth. On the contrary, I gladly suppose that the proposition—this object must be either beautiful or not beautiful—is absolutely true. Only, can we recognize it? Certainly, at moments we believe that we now can. We believe it when we are taken unawares and bowled over by the purely aesthetic qualities of a work of art. The purely aesthetic qualities, I say, because we can be thrown into that extraordinarily lucid and unself-conscious transport wherein we are aware only of a work of art and our reaction to it by aesthetic qualities alone.

Every now and then the beauty, the bald miracle, the “significant form”—if I may venture the phrase—of a picture, a poem or a piece of music—of something, perhaps, with which we had long believed ourselves familiar—springs from an unexpected quarter and lays us flat. We were not on the look-out for that sort of thing and we abandon ourselves without one meretricious gesture of welcome. What we feel has nothing to do with a pre-existent mood; we are transported into a world washed clean of all past experience aesthetic or sentimental. When we have picked ourselves up we begin to suppose that such a state of mind, must have been caused by something of which the significance was inherent and the value absolute. “This,” we say, “is absolute beauty.” Perhaps it is. Only, let us hesitate to give that rather alarming style to anything that has moved us less rapturously or less spontaneously.

For ninety-nine out of a hundred of our aesthetic experiences have been carefully prepared. Art rarely catches us: we go half way to meet it, we hunt it down even with a pack of critics. In our chastest moments we enter a concert-hall or gallery with the deliberate intention of being moved; in our most abandoned we pick up Browning or Alfred de Musset and allow our egotism to bask in their oblique flattery. Now when we come to art with a mood of which we expect it to make something brilliant or touching there can be no question of being possessed by absolute beauty. The emotion that we obtain is thrilling enough, and exquisite may be; but it is self-conscious and reminiscent: it is conditioned. It is conditioned by our mood: what is more—critics please take note—this precedent mood, not only colors and conditions our experience, but draws us inevitably towards those works of art in which it scents sympathy and approval. To a reflective moralist Wordsworth will always mean more than a yellow primrose meant to Peter Bell. In our moments of bitter disillusionment it is such a comfort to jest with Pope and His Lordship that we lose all patience with the advanced politician who prefers Blake. And, behold we are in a world of personal predilections, a thousand miles from absolute values.

Discussion of this question is complicated by the fact that a belief in the absolute nature of beauty is generally considered meritorious. It can be hitched onto, and even made to support, a disbelief in the theory that the universe is a whimsical and unpremeditated adventure which rolls merrily down the road to ruin without knowing in the least where it is going or caring to go anywhere in particular. This theory is unpopular. Wherefore, absolute beauty is too often fitted into a whole system of absolutes, or rather into The Absolute; and of course it would be intolerable to suppose that we could ever fail to recognize—should I say Him? Unluckily, history and personal experience—those two black beasts of a priori idealists—here await us. If beauty be absolute, the past was sometimes insensitive, or we are: for the past failed to recognize the beauty of much that seems to us supremely beautiful, and sincerely admired much that to us seems trash. And we, ourselves, did we never despise what today we adore? Murillo and Salvator Rosa and forgers of works by both enjoyed for years the passionate admiration of the cognoscenti. In Dr. Johnson’s time “no composition in our language had been oftener perused than Pomfret’s ‘Choice.’” If ever there was a man who should have been incapable of going wrong about poetry that man was Thomas Gray. How shall we explain his enthusiasm for Macpherson’s fraud? And if there be another of whom the bowling over might be taken as conclusive evidence in the court of literary appeal that other is surely Coleridge. Hark to him: “My earliest acquaintances will not have forgotten the undisciplined eagerness and impetuous zeal, with which I labored to make proselytes, not only of my companions, but of all with whom I conversed, of whatever rank, and in whatever place. . . . And with almost equal delight did I receive the three or four following publications of the same author.” That author was the Reverend Mr. Bowles.

I was saying that any work of art that has given the authentic thrill to a man of real sensibility must have an absolute and inherent value. And, of course, we all are really sensitive. Only, it is sometimes difficult to be sure that our thrill was the real coup de foudre and not the mere gratification of a personal appetite. Let us admit so much: let us admit that we do sometimes mistake what happens to suit us for what is absolutely and universally good; which once admitted, it will be easy to concede further that no one can hope to recognize all manifestations of beauty. History is adamant against any other conclusion. No one can quite escape his age, his civilization, and his peculiar disposition; from which it seems to follow that not even the unanimous censure of generations can utterly discredit anything. The admission comes in the nick of time: history was on the point of calling attention to the attitude of the seventeenth and eighteenth centuries to Gothic, Romanesque and Byzantine art.

The fact is, most of our enthusiasms and antipathies are the bastard offspring of a pure aesthetic sense and a permanent disposition or transitory mood. The best of us start with a temperament and a point of view, the worst with a cut-and-dried theory of life; and for the artist who can flatter and intensify these we have a singular kindness, while to him who appears indifferent or hostile it is hard to be even just. What is more, those who are most sensitive to art are apt to be most sensitive to these wretched, irrelevant implications. They pry so deeply into a work that they cannot help sometimes spying on the author behind it. And remember, though rightly we set high and apart that supreme rapture in which we are carried to a world of impersonal and disinterested admiration, our aesthetic experience would be small indeed were it confined to this. More often than not, it must be of works that have moved him partly by matching a mood that the best of critics writes. More often than not he is disentangling and exhibiting qualities of which all he can truly say is that they have proved comfortable or exhilarating to a particular person at a particular moment. He is dealing with matters of taste; and about tastes, you know, non est disputandum.

I shall not pretend that when I call the poetry of Milton good I suppose my judgment to have no more validity than what may be claimed for that of the urchin who says the same of peppermints: but I do think a critic should cultivate a sense of humor. If he be very sure that his enthusiasm is the only appropriate response of a perfectly disinterested sensibility to absolute beauty, let him be as dogmatic as is compatible with good breeding: failing that, I counsel as great a measure of modesty as may be compatible with the literary character. Let him remember that, as a rule, he is not demanding homage for what he knows to be absolutely good but pointing to what he likes and trying to explain why he likes it. That, to my mind, is the chief function of a critic. An unerring eye for masterpieces is of more use to a dealer than to him. Mistakes do not matter: if we are to call mistakes what are perhaps no more than the records of a perverse or obscure mood. Was it a mistake in 1890 to rave about Wagner? Is it a mistake to find him intolerable now? Frankly, I suspect the man or woman of the nineties who was unmoved by Wagner of having wanted sensibility, and him or her who today revels in that music of being aesthetically oversexed. Be that as it may, never to pretend to like what bores or dislike what pleases him, to be honest in his reactions and exact in their description, is all I ask of a critic. It is asking a good deal it seems to me. To a lady who protested that she knew what she liked, Whistler is said to have replied—“So, Madame, do the beasts of the field.” Do they? Then all I can say is, the beasts of the field are more highly developed than most of the ladies and gentlemen who write about art in the papers.