Editor's Note: For the last few years, advocates for gun control have changed their focus. They no longer talk so much about banning weapons. Instead, they are calling for "universal background checks," to make sure firearms won't fall into the hands of criminals. Could that really make a difference? As part of our past "QEDecide" series, we put the question to one of the nation's leading experts: Daniel Webster, a respected professor of public health at Johns Hopkins University. Here's what he said.

How big a problem is gun violence really? Isn’t it going down?

In the United States, firearms are used in about 31,000 deaths per year. About 11,000 of those deaths are due to homicides. Firearm homicide rates are about half as high now as they were in the early 1990s when homicide rates peaked in the U.S. But nearly all of that decrease occurred in the late 1990s. We’ve made relatively little progress since then and our firearm homicide rate is nearly 20 times as high as that of the average high-income country. 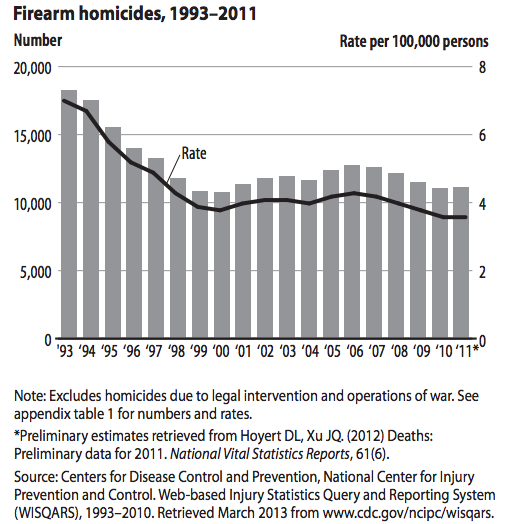 Why should we believe guns per se are the problem?  Isn’t it true that guns don’t kill people—people kill people?

Guns are not the sole reason why the U.S. has such unusually high homicide rates, but our lax gun laws may be the most important determinant. Rates of non-lethal violent crime, adolescent fighting, and mental illness in the U.S. are average compared with other high-income countries.

Guns don’t kill people by themselves, but guns substantially increase the ability of people to kill others and themselves. Many people own firearms and pose no threat to public safety. But when individuals with a history of violence, substance abuse, or serious mental illness can access firearms due to our weak gun laws, the risk of lethal violence increases greatly.

We’ve tried gun control in this country—and it didn’t work. Right? So what happened?

At the federal level, we’ve gone from an honor system for felons to minimal gun control with the Brady Law. The Brady Law created a system of background checks, but it applies only to licensed dealers. If you're not a licensed dealer and want to sell a gun directly to somebody, then you don't need to run a background check. Some people call this the "gun show loophole," but it applies to all private sales—including, for example, those that take place over the internet. Criminals and gun traffickers learned long ago how to take advantage of this provision.

We have yet to implement truly meaningful gun control at the federal level. In fact, during the past 20 years, Congress has mostly weakened already weak gun laws. Some states (Connecticut, Hawaii, Massachusetts, New Jersey, New York) have comprehensive gun sales regulations that set stricter rules for who may own a gun, establish more comprehensive background checks, and require premits. These laws reduce the diversion of guns to criminals, and states lacking these safeguards are far more likely to supply criminals with guns, both in the state in which the guns were initially sold as well as in other states.

How can we know this? One reason is some new research, from Missouri, about the effect of gun permits. In 2007, Missouri repealed its permit law. Afterwards, many more gun crimes involved firearms first purchased inside the state. At the time, the age-adjusted homicide rate from firearms in the rest of the country was slowly falling. In Missouri, it skyrocketed: 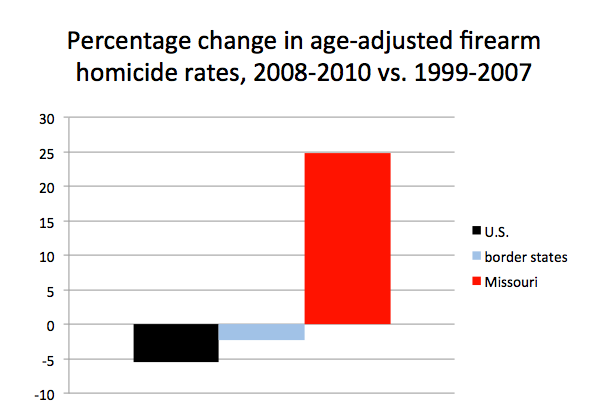 Aren’t you proposing to make some of the same policy mistakes again?

The Brady Law mandating background checks for sales by licensed gun dealers wasn’t a mistake. It is a foundation upon which to build a comprehensive system for screening all gun purchasers to prevent the diversion of guns to prohibited persons.

OK, so we've never really tried to make background checks truly universal. Why should we believe that will work?

But won’t there still be a whole bunch of guns out there, being sold illegally and falling into the hands of criminals?

Yes, some criminals will be able to steal or purchase guns already in circulation. But many of the estimated 300 million guns in civilian hands can’t be easily acquired by criminals. Lots of gun owners lock their guns in safes or have other ways to secure their firearms, practices that can be increased by laws and educational campaigns. And it’s not as easy or risk free for criminals to buy guns in the underground market as is commonly believed. Duke economist Philip Cook has studied Chicago’s underground gun market and said, “there may be a lot of guns, but there is a shortage of trusted sellers.” With greater accountability measures and choking the supply of new guns into the underground market, street prices will rise and fewer dangerous people will have guns. 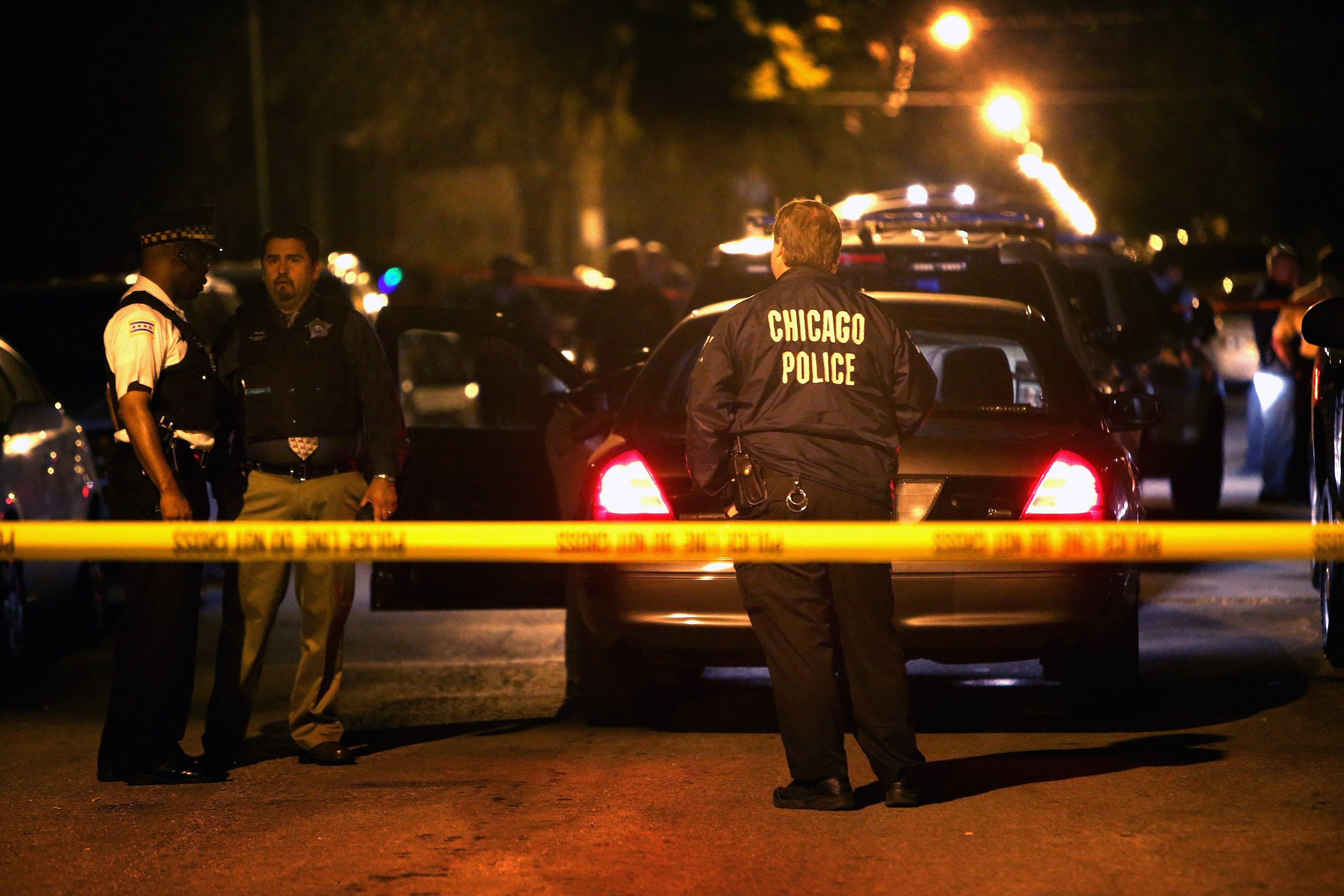 Better regulation of gun sales is only part of the solution. Policies should make it extremely risky for criminals to illegally carry and use guns, and we must expand efforts to diffuse conflicts involving high-risk individuals before they are settled with guns.

I’ve heard the NRA say that gun control takes guns away from law-abiding citizens, not criminals. Isn’t that true? Aren’t we better off allowing people to defend themselves with a firearm?

This is a bogus argument that has worked extremely well for the gun lobby’s fundraising and been instrumental in its success in fending off common-sense gun laws. Requiring a background check of prospective purchasers does not take away guns from law abiding people, nor does close regulation and oversight of gun dealers.

The gun lobby says that background checks will lead to registries of gun ownership—and, eventually, the confiscation of weapons.  But federal law forbids anything resembling a federal gun registry, we’ve had background check requirements for sales by license dealers since 1994 without registries or gun confiscation, and states that do have their own gun registries have never used them to remove guns from law abiding citizens.

Assault weapon bans curtail sales of a particularly dangerous type of firearm, but it is a stretch to say that such bans leave law abiding citizens defenseless when they can keep assault weapons that they own and can buy a multitude of other firearms provided that they pass a background check.