The very first question Hillary Clinton took at her press conference at the United Nations on Tuesday: “If you were a man today, would all this fuss being made, be made?” After her brief remarks about women’s rights and a defense of her email usage, reporters began shouting questions about the private email account Clinton used as Secretary of State. Clinton deferred to her aide Nick Merrill, who called on Turkish TV reporter Kahraman Haliscelik, who asked if all this controversy was because of sexism. It was the softest of softballs. Clinton was clearly pleased. 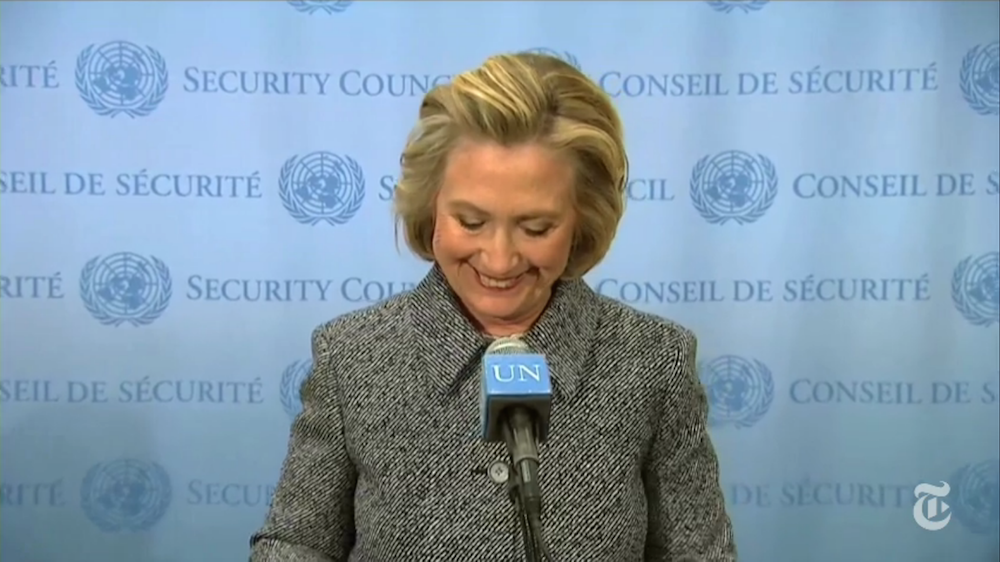 “Well,” she said, smiling broadly, “I will leave that to others to answer.” 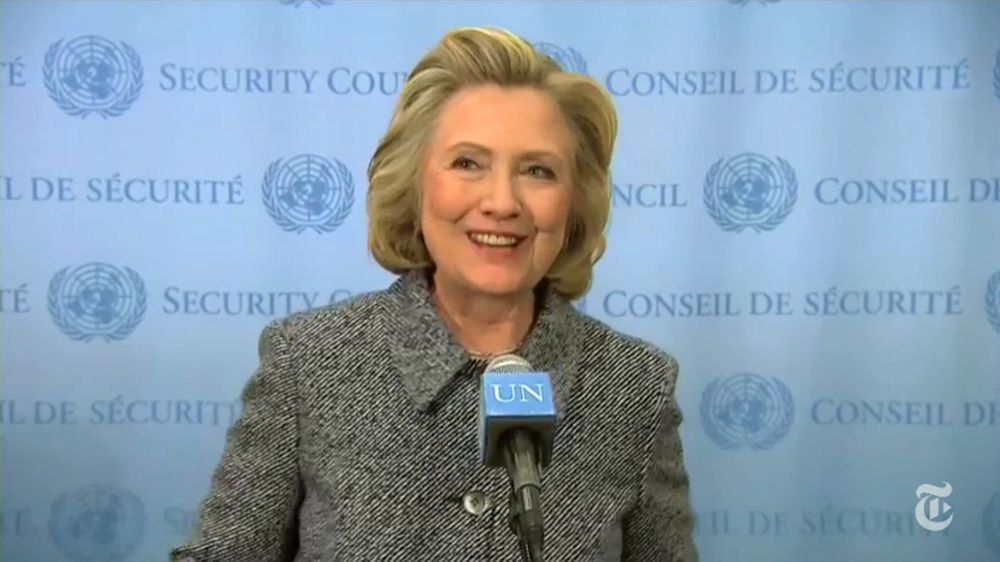 Look at her face! So much more joy than you would expect from someone giving a press conference meant to address a significant scandal surrounding her all-but-inevitable presidential campaign.

Many political reporters and pundits were suspicious of the curiously friendly question. “Clinton just deferred to Nick Merrill, who then proceeded to call on Turkish TV... Meaning they were handpicked,” Wall Street Journal reporter Byron Tau tweeted. “Hillary is only taking questions from female reporters -- or male reporters of Turkish origins,” Fox News columnist Todd Starnes tweeted. “LOL Hillary spox calls on Turkish reporter, who asks if this is a bunch of sexism,” The New York Times’ Josh Barro said. “The Turkish reporter slobbering all over her. Great,” Washington Examiner reporter David Drucker wrote. "After today we know for certain that any criticism of a President Hillary Clinton would be branded as sexist. Do we need that hassle?" conservative talk radio host Neal Boortz said. #TurkishTV started trending on Twitter.

It wasn’t crazy to assume there was a set-up: White House press secretaries often call on foreign journalists to change the subject from uncomfortable domestic controversies. "If you're in a jam, go to Goyal," Joe Lockhart, Bill Clinton’s former press secretary, told the Washington Post in 2003— referring to Indian journalist Raghubir Goyal to describe a move called “the Goyal foil.”

But it looks like they were all wrong. As a Washington Post story previewing the conference explained, the first question at U.N. press conferences typically goes to the president of the U.N. Correspondents Association, the Post explained; the president was out of town, though, so Haliscelik, a UNCA officer, was next in line. (Unless Clinton’s team chose the highly unusual setting of the U.N. because they knew a foreign reporter would be expected to get the first question! Can you ever be too suspicious of Hillary?)

Even if Haliscelik's question was a happy accident for Clinton, she'd clearly planned to remind us of her two X chromosomes. Clinton explained that she and her aides had gone through a process to identify every email that “could possibly be work-related,” and then turned those over to the State Department. “At the end I chose not to keep my private, personal emails—emails about planning Chelsea's wedding or my mother's funeral arrangements, condolence notes to friends, as well as yoga routines, family vacations—the other things you typically find in inboxes,” Clinton said. “No one wants their personal emails made public, and I think most people understand that and respect that privacy."

Weddings! Yoga! Her late mother. Did you notice Hillary Clinton is a human female? The story of Clinton's private email and server has no woman angle, but that didn't stop Clinton from trying to create one, and reporters and detractors from seeing one. Both supporters and critics will see everything about Clinton’s probable presidential candidacy through the lens of her gender. Expect the 2016 race to be something like a Jezebel comment thread that has been swarmed with Reddit's men's rights activists, in a flame war that’s going to last two years.