Why his fall from grace implicates all of us 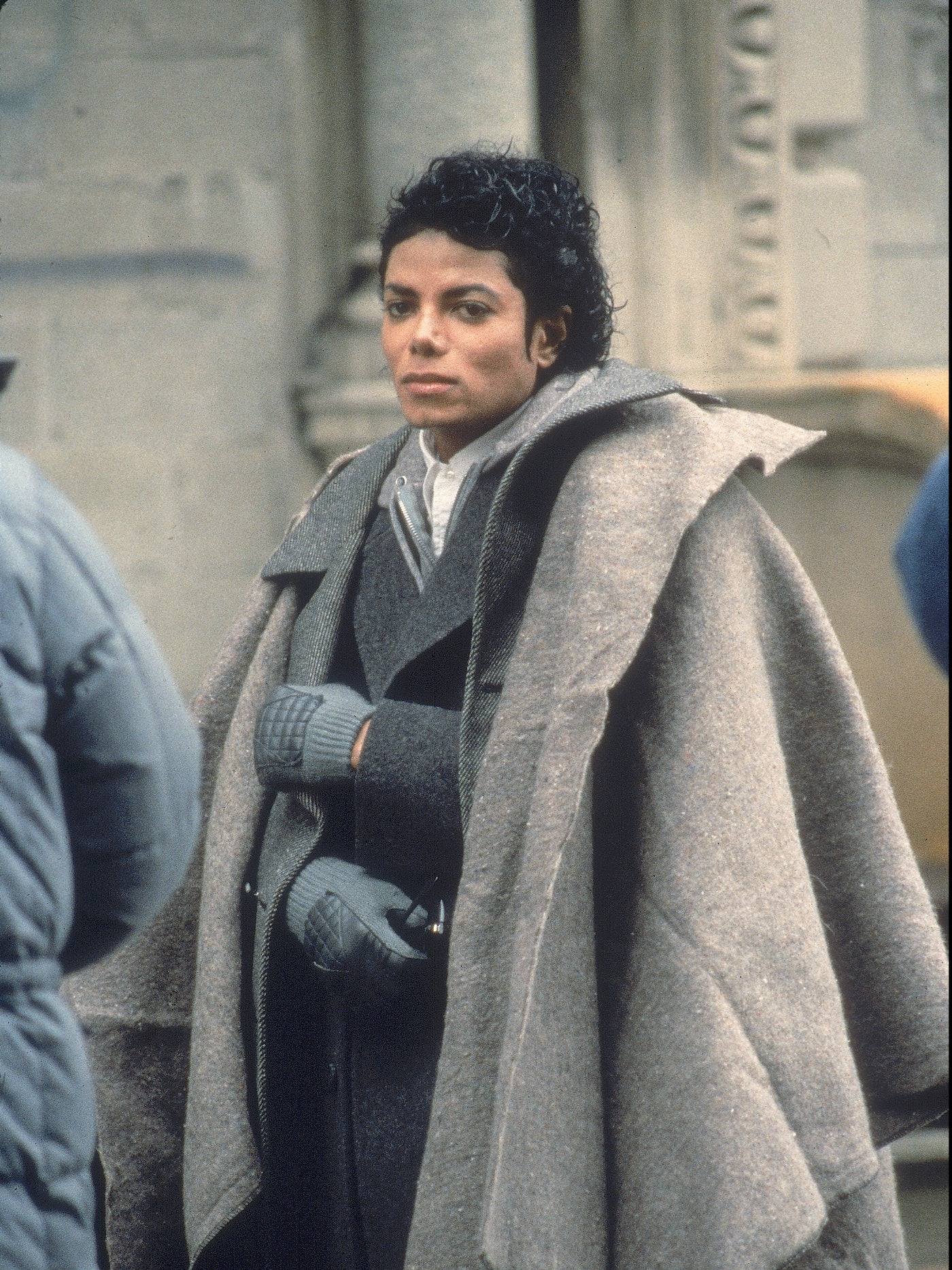 On the fifth anniversary of Michael Jackson’s death, a quote from Nas appeared in a Rolling Stone piece by the writer Touré: “When I got the news, the weather around me immediately changed drastically,” the rapper said. “It suddenly rained so hard. Wind blew like crazy. Clouds did something different. It was as if you felt him leaving the world.” Nas spoke about Jackson as if he were a god. (The article is headlined “Michael Jackson: Black Superhero.”) Quoting an array of African American luminaries on Jackson’s legacy, Touré explained just how much he meant to black people, and how rapidly his “Wacko Jacko” label was fading away after his death. Free of the mockery he experienced in his lifetime, Jackson was finally taking his rightful place in the canon of American icons.

Nowhere in Touré’s article is there mention of the multiple accusations of child abuse that were levied against Jackson—accusations that have gained new life with the release of HBO’s documentary Leaving Neverland, which chronicles, in excruciating and credible detail, Jackson’s abuse of two boys, Wade Robson and James Safechuck, who have now come forward as adults. Touré’s omission is especially notable when you consider that he is a principal talking head in the other recent documentary about a serial abuser who was hiding in plain sight: Surviving R. Kelly, which chronicles, in excruciating and credible detail, the R&B star’s alleged abuse of numerous women and underage girls. That Touré, who unlike so many others wasn’t fooled by R. Kelly, got caught up in Jackson hagiography suggests that there is something fundamentally different about his case—that he is too important to too many people to give up easily; that there is something about Jackson that makes us all a little confused.

As the evidence presented in Leaving Neverland reverberates through the media, the reaction has been oddly muted. In The New York Times, Wesley Morris wrote a moving account of seeing through Jackson’s “magic trick” at last. Slate published a series of articles reckoning with his life and legacy, with Carl Wilson writing, “There are plenty of Jackson songs that will feel radioactive from now on.” Jackson has a few prominent defenders, like Wendy Williams, and legions of civilian fans who point out that a documentary is not the same thing as a conviction. Still, the atmosphere has not been filled up with the kind of debate or commentary that accompanied the controversies surrounding R. Kelly, Harvey Weinstein, or Woody Allen. The predominant sense is of baffled silence, as if the magnitude of Jackson’s crimes is so great that it hushes all else. What, really, is there to say? The boys were so young, and they loved him so much.

But there is perhaps another reason the chattering class has been so uncharacteristically quiet: Michael Jackson presents a case too extraordinary for the media to easily absorb and process. Jackson was not just a pop star: he was the pop star, the King of Pop, the most famous famous person. To try to cancel him would be to point out a criminal at the very heart of the entertainment industry’s belief system, and to remove the laurels of the most significant black artist of the pop age. To analyze the phenomenon of Michael Jackson properly would mean taking on the laborious task of figuring out how we—meaning society at large—ended up with the kind of entertainment industry we have. And it would mean admitting that the American dream—a rapid ascent to stardom on the basis of sheer talent—is hollow.

The work of undoing Michael Jackson’s place at the core of American culture has simply been too hard, for too long. We’d have to start with the man in the mirror, as somebody once said. That’s not easy to do. Much criticism has been leveled at the mothers of Wade Robson and James Safechuck, who allowed their boys to spend the night in Jackson’s bed and stay with him for days on end without a chaperone—days that were filled with ceaseless molestation. It is easiest to blame them, because they are ideal scapegoats for a universal affliction, which is that fame is so important in America that it can blind us to what is happening literally before our own eyes, to our own kids. Painting these boys’ mothers as monsters is the shortest cut to absolving ourselves.

Exacerbating our incompetence in this matter is a long tradition of racist and lazy reporting on Jackson, which undercuts the media’s basic authority on the subject. The very idea of condemning him feels like joining a rather horrible tradition. In the 1990s, it was normal to ridicule his face, even after he went on Oprah to say, “This is the situation. I have a skin disorder that destroys the pigmentation of the skin. It is something I cannot help, OK?” He told Winfrey, “I am a black American.” That didn’t matter to those who thought it was funny to say he looked like a white woman.

Racist coverage of Jackson also ended up enabling his crimes. The erratic character Wacko Jacko was defined primarily by Jackson’s supposed racial confusion (“Am I Black or White?” as the In Living Color parody song went), and it was Wacko Jacko who could plausibly claim to have an innocent relationship with all those boys. He was weird, he didn’t know himself, and his new apparent whiteness undercut the sense that he was a red-blooded adult. The lyrics to “Am I Black or White?” include the line “I’m still a virgin and I’m 33… And I hang out with Macaulay all night.” What Leaving Neverland reveals, to the viewer’s awakening horror, is that those boys he took on tour and trotted out for the cameras were, quite obviously, his boyfriends. How could we not have seen that?

Black celebrities have never been taken seriously the way white celebrities have, and scandals are the best place to see that prejudice in action. The alleged crimes of Kelly and Jackson are different, but the comparison is helpful, because Kelly provides a similarly warped paradigm: Jackson got away with it because nobody took him seriously, and Kelly, whose own former lawyer has called him “guilty as hell” of abusing underage girls, got away with it because nobody took the black girls he allegedly assaulted seriously.

We cannot trust Jackson or Kelly, or any of the music critics who defined their legacies for us. But who can you trust, besides the victims? Our imagination has been shaped by a racist mainstream press, the biased interests of a powerful music industry, and a moral obfuscation produced by that most intoxicating of drugs—fame. You may well have been lied to your whole life: about Michael Jackson and R. Kelly, yes, but also about the fact that no celebrity is quite what they seem. Famous people are personae, packaged and sold to you according to whatever standards of desirability are most profitable at that moment.

In this gargantuan mess of a situation, the fall of Michael Jackson contains the civilizational implications of a Greek tragedy. Harvey Weinstein, for example, was easier to interpret, neater in his moral typology: big bad rich man victimized weaker people, big bad rich man loses his wealth and status. In his case, we could at least convince ourselves that redemption was possible. But there is no narrative of righteous justice for Michael Jackson, not least because he’s dead. It’s too much to think about: too horrible, too unfixable.

We are nowhere near reaching closure on the matter of the King of Pop. What l’affaire Jackson does teach us, however, is that the American dream of fame and fortune is a sick institution, with a pathological relationship to the truth. It is a problem that touches on every sphere of culture, all the way down to the most basic values that we call American: meritocracy, money-spinning, male heroism, race-blind justice. “Michael Jackson” was always a product, more than he was a man, and we were his customers. According to the principle caveat emptor, it’s up to us to figure out what we were really buying. And that is a mystery no one can solve but ourselves.