Writer Liza Mundy dives into 2020 election coverage with ‘Women of Substance’, a look at the first six female Democratic candidates 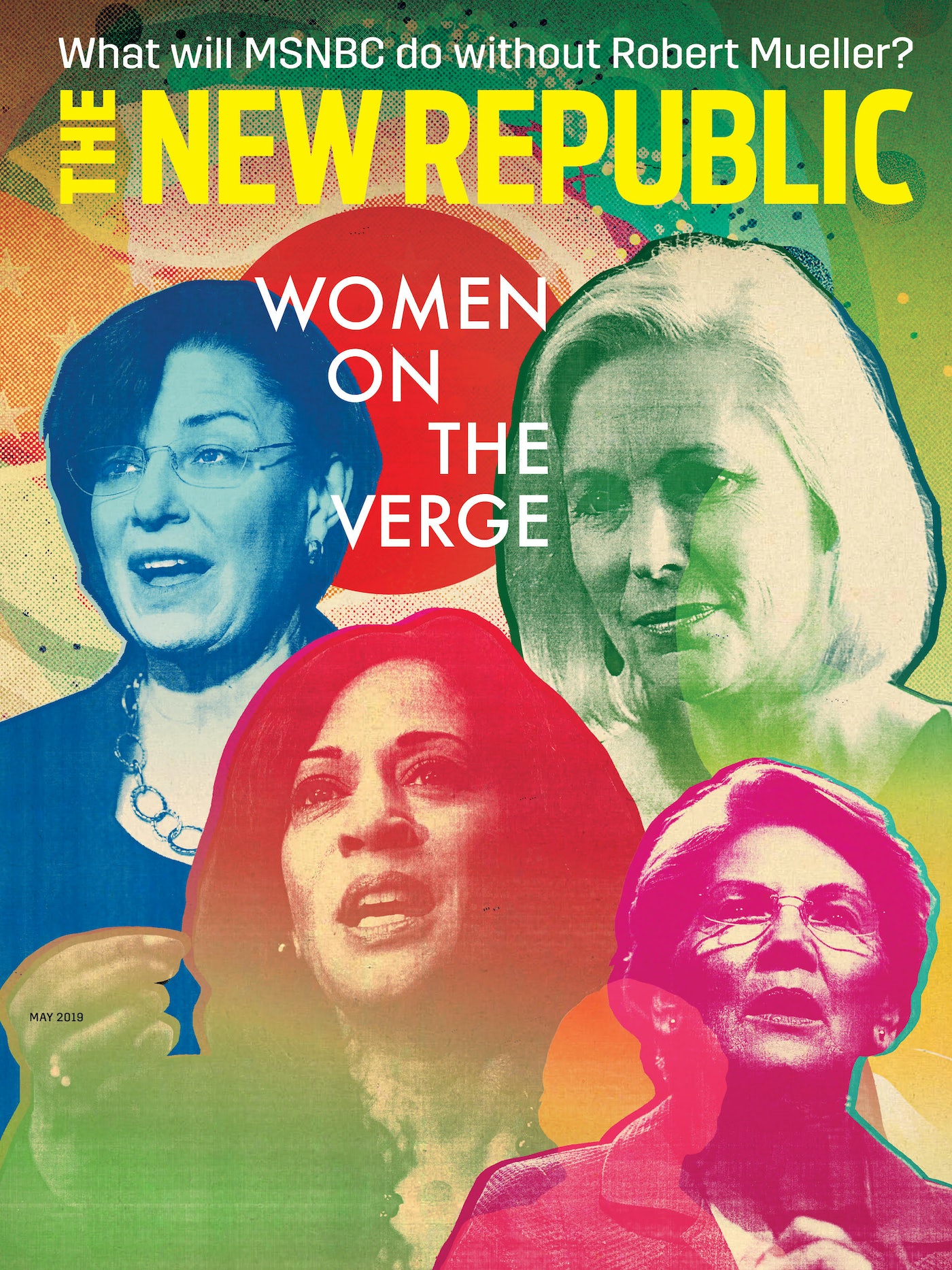 New York, NY—(April 18, 2019)—The New Republic today published its May 2019 issue, which features a cover story by Liza Mundy, “Women of Substance.” Mundy profiles the current six female Democratic presidential candidates — a historic number — in the 2020 race, four of whom have “a plausible shot at the U.S. presidency.” She outlines the challenges and advantages the women will face, particularly as they relate to stereotypes about women’s nature, their ability to lead, and their ambition to do so.

In the post-Hillary Clinton period, Mundy makes the argument that “because they are not Hillary, this group will present a purer test of how voters and members of the chattering classes react to women ... between women whose backgrounds, careers, and accomplishments have nothing to do with their husbands.” She continues: “The upshot will be to encourage the healthy idea that women can be as bold, eloquent, original, irritated, aggressive, vacuous, and vague as men. This is progress.”

Highlights from the issue include:

Looking at the female presence in the 2020 presidential race through another analytical lens, Abi Wilkinson’s “Empowerment for What” complicates the feminist idea that “because it’s bad that there are additional struggles for women in politics, it’s by definition good for women in politics to succeed. When a woman obtains high office, that candidate’s ascension marks a victory for women as a whole.” Wilkinson warns against acting on this principle in a vacuum — using female British leaders as examples — instead pointing out the many factors that should also be considered when electing leadership. It would be a wonderful, historic thing to elect a female president, “but what really matters is that president’s platform.”

2020 Democrats are lending their support to “moderate” health reforms, including Medicare for America, a popular public option policy that blends public and private sectors. In “Code Green,” Amber A’Lee Frost analyzes how a comparable system already exists in the Republic of Ireland, where it’s created a crisis of care. Frost argues a similar program would create a similar problem in the U.S.: “[The crisis is] the direct result of a health care system that tries to supplement a public service with a private market. If the next Democratic administration attempts the same compromise, rather than plunging headlong into socialized health care, the United States will only suffer from the same disastrous underfunding, wasteful administrative bloat from private insurers, and dangerous conditions for patients and health care providers.”

Norman J. Ornstein explores Jerry Nadler’s quest for presidential accountability in “The Nadler Factor.” Since becoming House Judiciary Committee chairman in January, Nadler has already launched an expansive probe into Trump’s behaviors as candidate and president and “made it clear that he would do everything in his power to ensure that his committee, the House, and ultimately the American people could see the full [Mueller] report and judge its implications and findings for themselves.” While “Nadler might seem like an unusual political leader to take on the role of presidential nemesis,” he “understands the magnitude of what he is now required to do, and the man he is going up against.”

Poems by Jennifer Givhan and Kien Lam are featured this month. For Res Publica, Jason Frederick Lambacher argues that to succeed the Green New Deal needs people arguing about it in “The Good Fight.”

The entire May 2019 issue of The New Republic is available on newsstands and via digital subscription now.