The Sound and the Silence of Toni Morrison

The Nobel laureate, who died this week, made the world bigger for all of us. 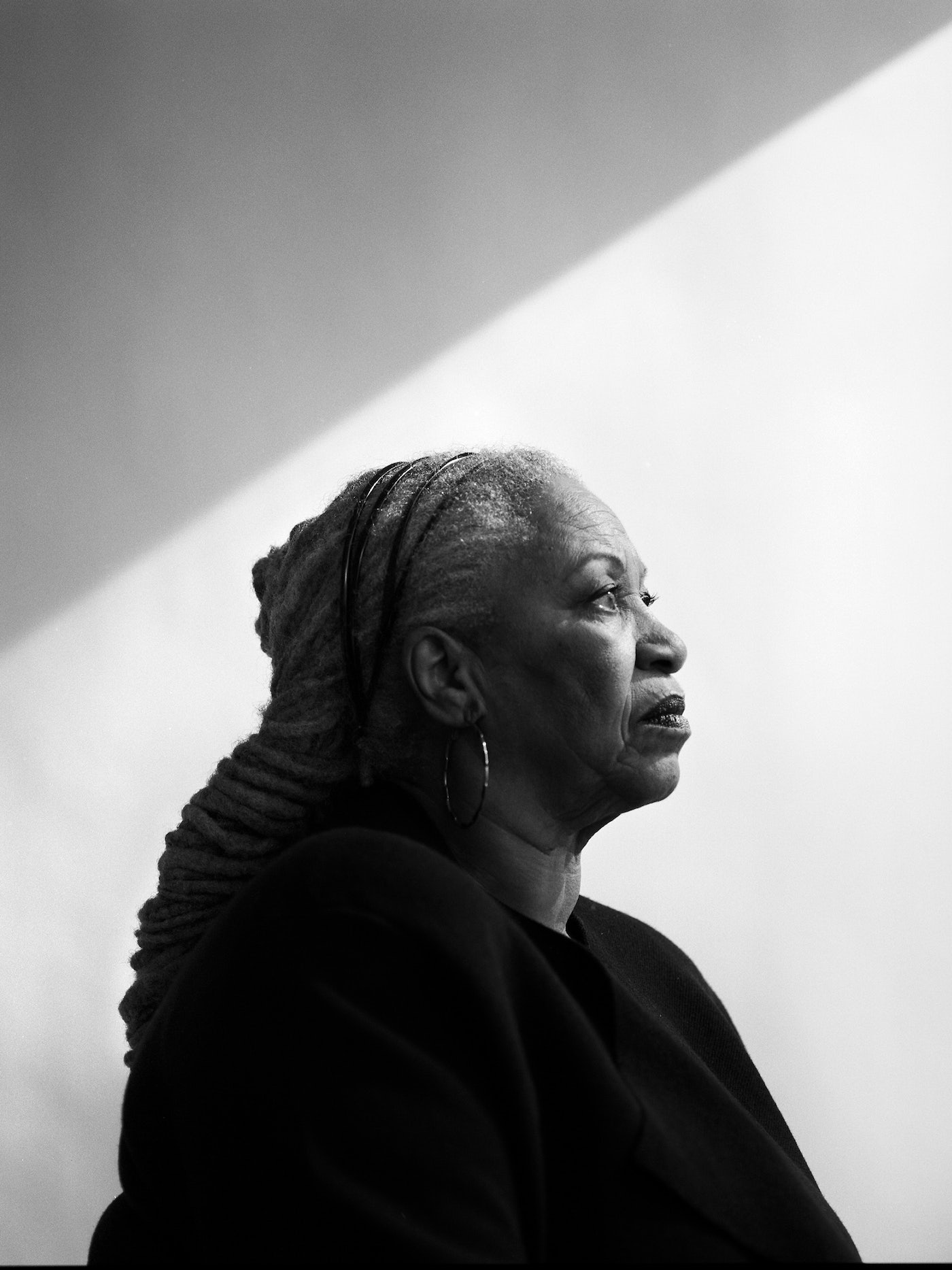 It was early spring and snow was melting along the curbsides with a slow, metronomic drip. Around three-thirty in the afternoon, I left the library, and made my way across Harvard’s campus to Sanders Theatre, where Toni Morrison would be giving her fourth of six lectures as part of the annual Charles Eliot Norton Professorship. Past Norton professors have included T.S. Eliot, Jorge Luis Borges, E.E. Cummings, Czeslaw Milosz, and Nadine Gordimer. Morrison, one could argue, was the most renowned name on that list.

“The difficulty for me in writing—among the difficulties—is to write language that can work quietly on a page for a reader who doesn’t hear anything,” Morrison said in a 1993 interview with The Paris Review, the same year she won the Nobel Prize in Literature. “Now for that, one has to work very carefully with what is in between the words. What is not said.”

When I first encountered Morrison’s work in high school, it was most often atop the sea of unmade sheets on my bed, two pillows propping me up against the headboard. I used one of those cheap, drugstore pens to underline the sections that most resonated. It was difficult for me then, and still is now, to read in places where there was a lot of noise. My attention would be unsteady, my focus precarious. I preferred reading and writing in my room, where I could listen to the soft scratch of ink on paper, to the ceiling fan whirring overhead. Which is to say, I first encountered Morrison’s words in the silence she alludes to.

This was why, in the early spring of 2016, I was so eager to listen to Morrison read her work aloud. To have the voice I had grown so familiar with through her novels transposed from the page and into the air—to feel that silence, which I had previously experienced in solitude, as the bodily presence of the author herself.

When I was a teenager reading The Bluest Eye, I remember the novel pushing me to interrogate so much of what I had internalized from this country—about my own self-worth, about what sort of life was possible for a black child born in the South. Things were different then. The project of suppressing the story of racism in this country—and replacing it with ahistorical narratives that obscured the truth—was more entrenched than it is now. I did not have the language to name what I was seeing, how I was feeling. I was trapped in a paralysis of confusion. Morrison gave me, and so many others, that language. She was among the first to arm me with the ability to understand that so much of what this country had taught me about myself, what it had taught me about my people, was a lie.

Sanders Theatre is a bastion of deep mahogany. Golden chandeliers hang from the ceiling, emitting streaks of incandescent light. The audience on that afternoon was a mix of young and old—high school students who had been brought by their teachers to see the celebrated author in the flesh, elderly residents of Cambridge who had, perhaps, felt like partners in Morrison’s literary journey, watching her rise to become one of the world’s most celebrated minds. When Morrison came onto the stage, the audience rose to their feet and gave a resounding round of applause. Whistles and cheers ricocheted across the vastness of the room. Morrison was brought to a table at the front of the stage cloaked in a red cloth, a small glass of water at its corner. At 85 years old, she was pushed about in a wheelchair, though her physical limitations were in no way indicative of her mental capacity. She was so remarkably lucid. Draped in a burnt orange shawl that rested across her shoulders, her gray dreadlocks fell lightly along the back of her neck.

After an introduction by Doctor Henry Louis Gates Jr., Morrison began to read. This fourth lecture was titled “Configurations of Blackness.” (These essays would be compiled into a collection published by Harvard University Press named The Origin of Others.) Her voice was silvery and melodic, each word ornamented with midwestern texture.

Morrison described the pseudo-scientific language invented to legitimate and categorize the oppression of black people. “The language invented by these investigators is astounding,” she remarked. “Dysesthesia Ethiopica which is defined as the rascality of black both free and enslaved. Then there’s ... Drapetomania, that is the tendency of blacks to flee captivity.” The tension was inescapable: between the moral and intellectual absurdity of those terms and the moral and intellectual clarity of the speaker; between the language used as a means of subjugation and her own words that have proved so emancipatory.

As I listened to her speak, I thought of what it means to be in the presence of living literary history. I thought of James Baldwin and his 1965 debate with William F. Buckley Jr. at Cambridge, the way Baldwin meticulously delineated the persecution of black Americans, and the envy I felt for those who were able to witness his mind at work in person. I wondered if they truly understood what they were watching—if they imagined themselves as taking part in the cultivation of a literary legacy. I think of my two children, currently two years old and six months old, and how one day they will read Morrison, and how they might marvel at the fact that their father once shared a room with this writer who seemed to belong to another world. I will tell them that when she spoke, the vowels stretched across the theater like a hammock. I will tell them that her laughter pushed open the walls of the room and invited everyone in.

Morrison laid the foundation for generations of black writers that followed. She rejected the idea that being black or being a woman might hinder her appeal. In a 1987 interview with The New York Times, Morrison said, “I really think the range of emotions and perceptions I have had access to as a black person and as a female person are greater than those of people who are neither.... So it seems to me that my world did not shrink because I was a black female writer. It just got bigger.”

Morrison is gone now, but she indeed made the world bigger. She opened up the possibilities of how one might make meaning of the world. She showed us that we could tell our stories, and that they could matter; and that even in our silence, our voices would be heard. That I had the opportunity to share both the resonance of her voice and these moments of silence with the person who built this world for us—it is something that will stay with me for the rest of my life.

Clint Smith is a writer and a Ph.D. candidate at Harvard University. He is the author of the poetry collection Counting Descent (2016), and his debut nonfiction book How the Word Is Passed is forthcoming from Little, Brown.