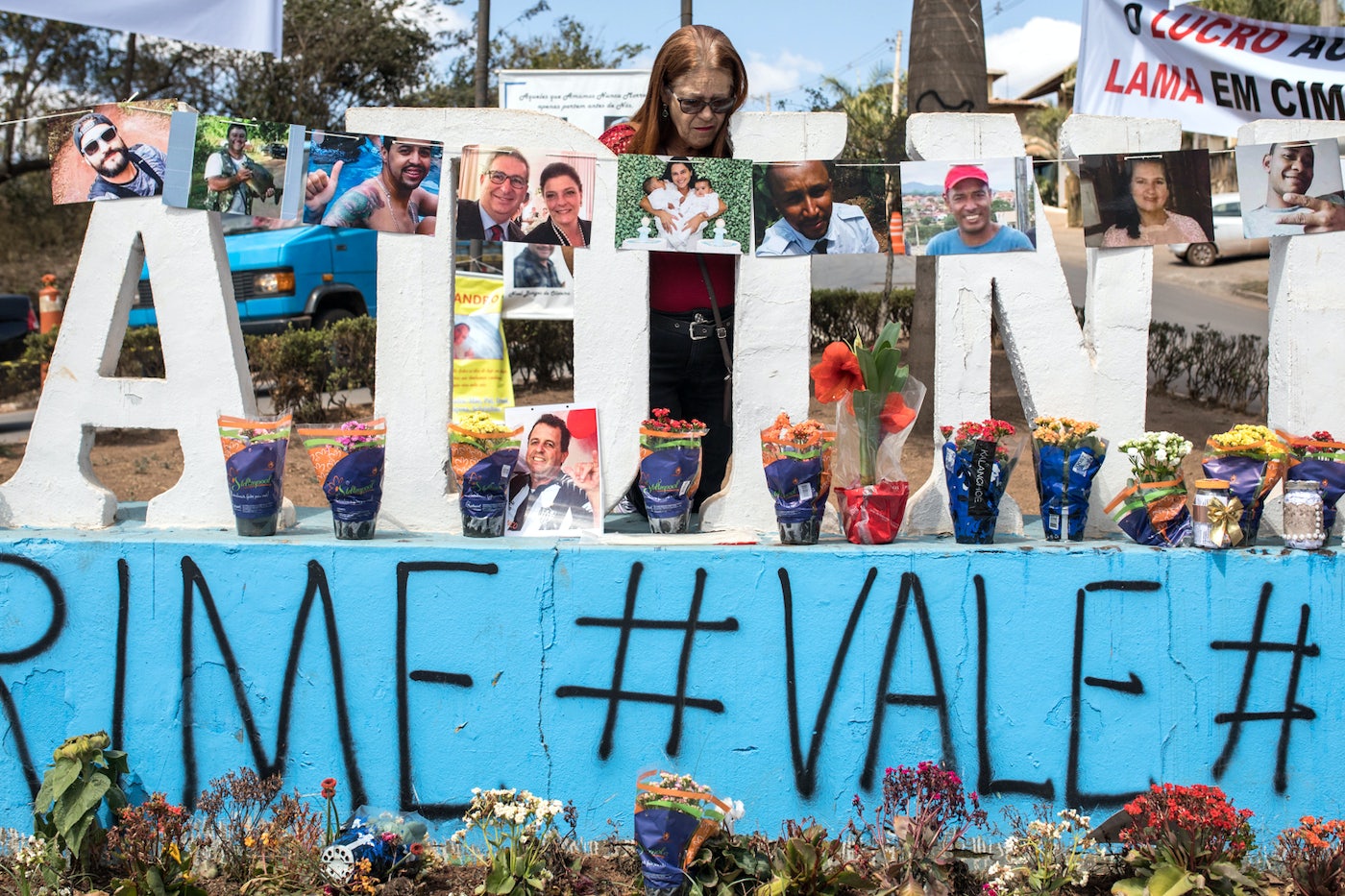 At midday on January 25, 2019, the town of Brumadinho in the southern Brazilian state of Minas Gerais was hit by a mudslide after a dam break, killing over 200 people. Homes were destroyed and trees were uprooted as 11.7 million cubic meters of mud—enough to fill 5,000 Olympic-sized swimming pools—descended on the town and its surrounding neighborhoods.

The dam belonged to multinational mining giant Vale S.A., the largest iron ore producer in the world. It had used the dam to store mining waste, toxic to humans and animals. Later, investigations would show that the heads of Vale and executives from Tüv Süd—the German company hired to monitor the dam—had known of its instability.

Three weeks before the mudslide, far-right politician Jair Bolsonaro was sworn in as Brazil’s president, after campaigning on tax cuts for big businesses; loosened mining restrictions; less government spending on environmental protection; and dismissals of human-caused climate change. Bolsonaro was applauded for traveling to Brumadinho immediately after the mudslide in January, but he hasn’t returned since. Seven months later, 21 people remain missing, while the people of Brumadinho who survived remain angry, sad, and stunned.

Here are some of their stories.

Patrícia Monteiro is a documentary photographer based in São Paulo, Brazil.