The New Republic Offers Critique on Socialism in June Issue

The magazine weighs impact of the social, political movement with articles by insiders and activists, including Astra Taylor’s analysis of its future 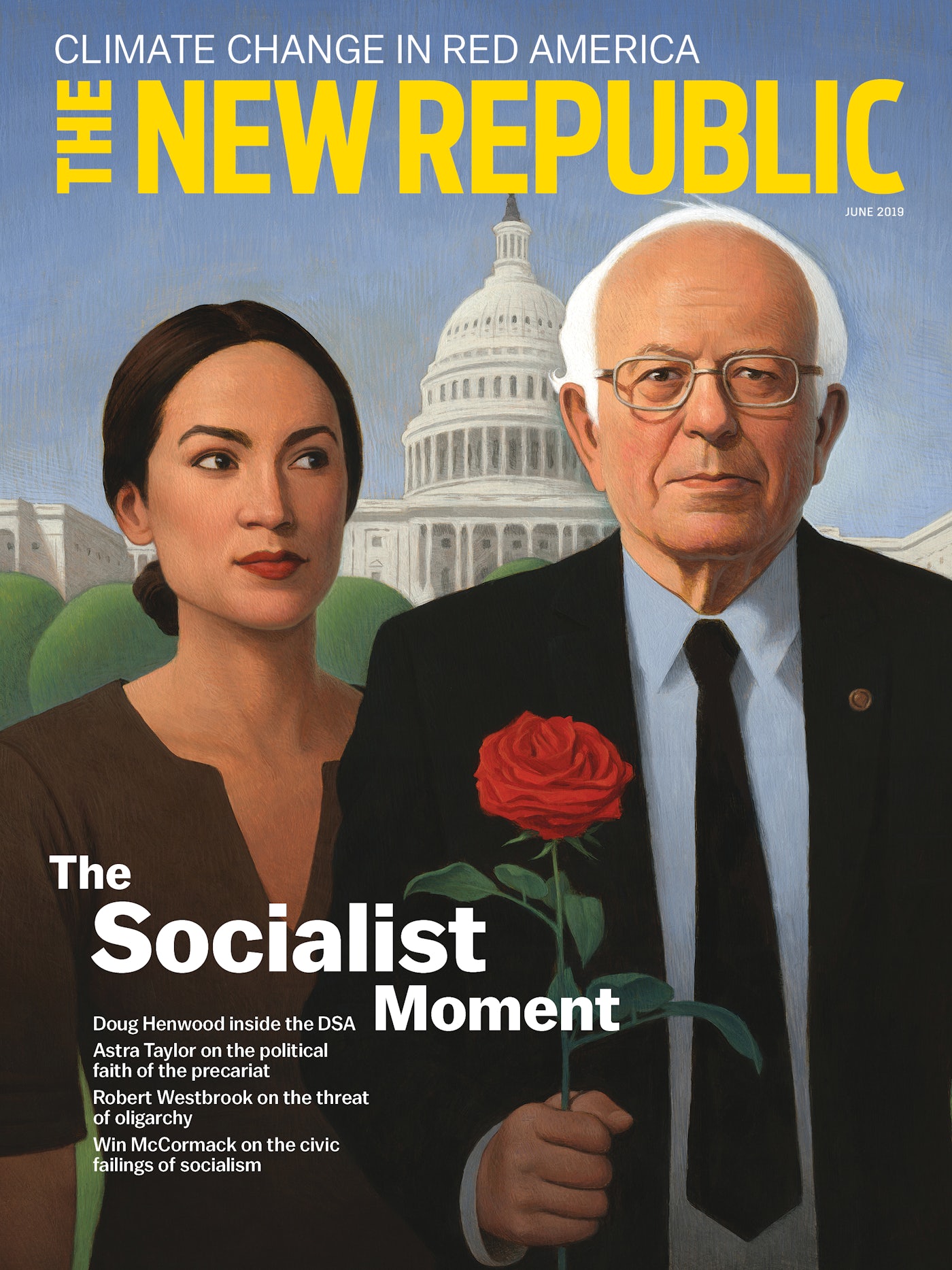 New York, NY— (May 16, 2019)—The New Republic has published its June 2019 issue with a cover package, “The Socialist Moment,” in which four writers take a thorough look at the history, appeal, and recent resurgence of socialism.

In “Socialism in No Country,” Win McCormack, The New Republic’s owner and Editor in Chief, examines the multiple socialist “experiments” throughout world history, and considers why “the revolutionary left has always been bad news for democracy.”

Doug Henwood explores the Democratic Socialists of America in “The Socialist Network,” an article that showcases the power the organization has begun to wield in “helping elect fairly radical candidates to office,” charts its complex relationship with the Democratic party, and remarks on its distance so far from figuring out “what socialism in the United States would really look like, or how to get there.”

In “Reclaiming the Future,” documentarian and activist Astra Taylor analyzes socialism’s current appeal and the misconceptions about its recent revival. To a younger demographic burdened with student debt and insecure employment, “socialism would feel like having a future.” For Taylor, the challenge ahead is how to turn a fringe movement into something central: “The world is changing, whether we like it or not. And as we face that crucial fact, we might as well try to change it for the better, by fighting to ensure that more of us have a chance to enjoy the blessings that liberal democracy promised.”

Rounding out the cover package, Robert Westbrook delves further into the prevalence of socialism in the United States with “Socialism and the Democracy Deficit.” He follows its nascent forms at the beginning of our nation through to the election of Alexandria Ocasio-Cortez, and argues that its fate will rest on “how well socialists fare in convincing Americans of their commitment to them.”

Jennifer C. Berkshire looks at Cory Booker’s ties to controversial Education Secretary Betsy DeVos in “A Liberal Education.” The presidential candidate, who is among the most energetic and best-known advocates for education reform over the past two decades, made a surprising early ideological partnership with DeVos, whose consistent championing of school choice is out of step with the pro-union sentiments of today’s Democratic Party. As Berkshire points out, while Booker “may have changed his tune—after a mere 18 years...we are still living in the world he and DeVos helped create.”

In “Finding Stonewall,” Alexander Chee reflects on notable new books — The Stonewall Reader, Indecent Advances, and Out in Time: The Public Lives of Gay Men From Stonewall to the Queer Generation — that mark this month’s 50th anniversary of the Stonewall riots. An out gay man himself, Chee explores the evolution of his understanding of the riots, and what the upcoming anniversary will represent, through the lens of three books that “corrected” his view of the events and people who took a stand in 1969. He concludes: “Read your history, as much as you can.”

This month, The New Republic also introduces a new slate of recurring columns for the magazine. The columns will cover commonly used and abused political terms, the conservative media, and the politics of design and public space. In addition, Kimberlé Williams Crenshaw will write about the intersection of race and politics.

The entire June 2019 issue of The New Republic is available on newsstands and via digital subscription now.