The crooked junk-bond king and his sleazy defenders 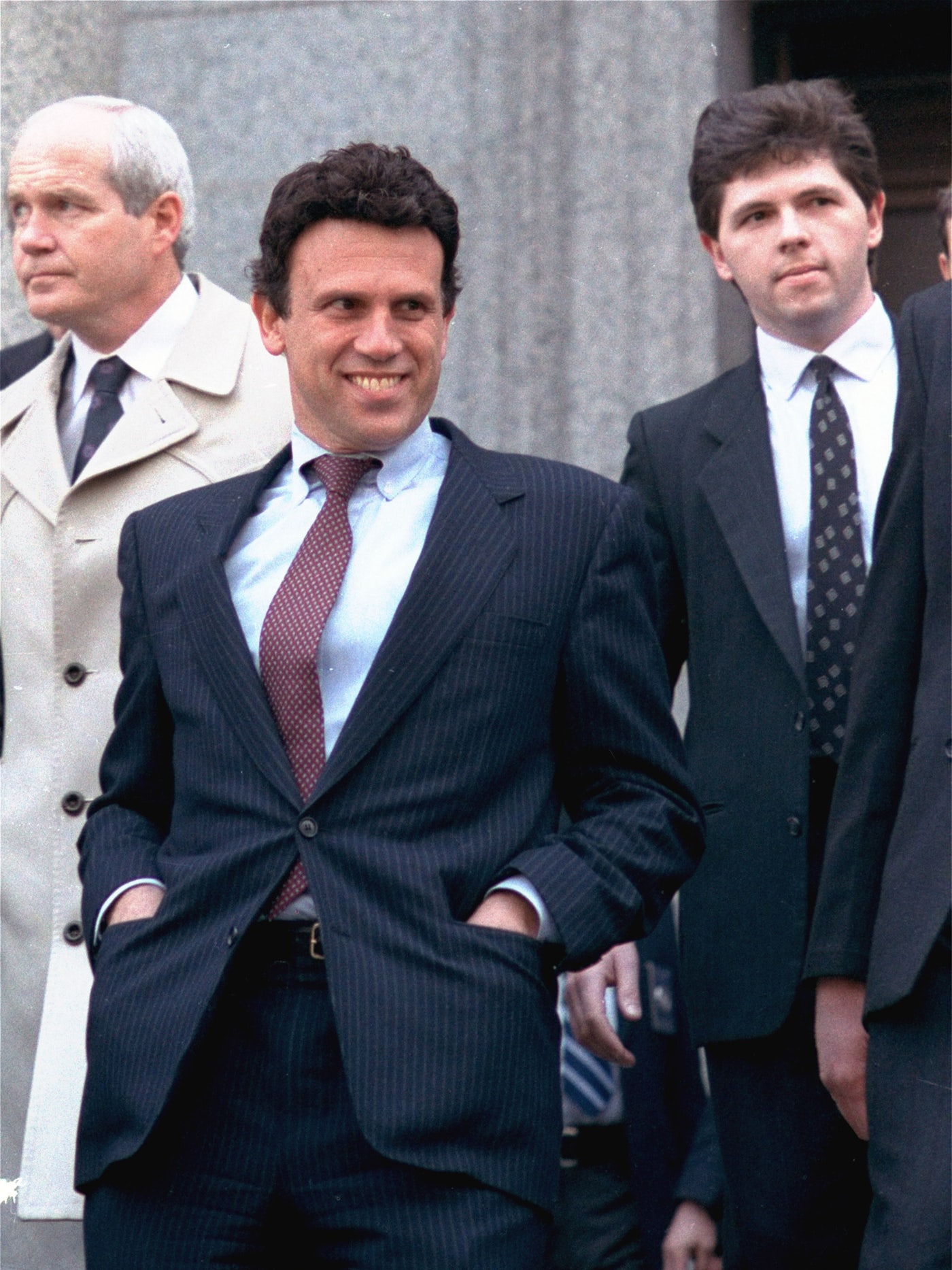 “But... it came to be said of him that he had been more sinned against than sinning; and that, but for the jealousy of the old stagers in the mercantile world, he would have done very wonderful things.”

Those words dispatch the great crooked financier Augustus Melmotte, whose rise and fall is the focus of Trollope’s 1874 novel, The Way We Live Now. The same is being said about the greatest real-life crooked financier of our own day, Michael Milken: that he was a brilliant innovator done in by the envy of lesser mortals and older money. The most hysterical (in both senses) reaction to Milken’s guilty plea came from Evans and Novak: “His surrender suggests that in its judicial handling of individuals, the United States is running counter to the worldwide trend toward freedom.”

Yet one of Milken’s most ardent defenders in the past, newspaper magnate Ralph Ingersoll II, has turned oddly silent. When Milken was indicted last year, Ingersoll praised him as a hero on Nightline and said the prosecution was “as revolting as... the McCarthy hearings.” Ingersoll and others signed a newspaper ad headlined “Mike Milken, We Believe in You”: “Mike cares about people .... Mike has always performed according to the highest standards of professionalism, honesty, integrity and ethical conduct.”

“Mike” helped Ingersoll to raise $500 million in junk bonds (or, if you prefer, “high-yield, fixed-return securities”), which he used to buy up newspaper companies, often at startlingly high prices. Now the revenues from the newspapers don’t begin to cover the interest payments, and Ingersoll is sleazily offering to buy back his debts for as little as twenty-eight cents on the dollar. William Farley, another former loudmouth about the virtues of risk, debt, and Michael Milken, has defaulted on $1.5 billion of bonds he used to overpay for companies.

The case against the case against Michael Milken has three parts. One, his crimes were “technical,” not serious. Two, they were a minor sideshow, unrelated to his real work, which was the creation of the junk bond market. Three, Milken’s junk bonds served America by enabling small, risky companies to raise capital and create jobs; and by financing the takeover movement that forced big corporations to become more efficient.

The word “technical” can mean two different things here (as noted by Professor Ronald Gilson of Stanford Law School). Most of the crimes Milken pled guilty to are arguably “technical” in the sense that they were violations of rules designed to assure an orderly and fair financial marketplace. These rules, by their nature, are somewhat arbitrary, and the behavior they outlaw might not otherwise seem obviously immoral. But the laws Milken has admitted breaking are not “technical” in the sense that they were broken unintentionally, by stepping slightly over a fuzzy line. He knew he was breaking important, laws. And in a couple of cases—helping an associate to arrange a phony tax loss, and “point shaving” (essentially, ripping off customers by tiny fractions that add up to big money)—the inherent rights and wrongs are not even ambiguous.

But these crimes are just what Milken pleaded guilty to. At the same time, he also settled a civil suit by the Securities and Exchange Commission. That civil suit accused him of a potpourri of classic financial frauds, from straightforward insider trading (profiting from secret knowledge of deals he was involved in) to payola (bribing money managers to buy his securities for their clients) to falsifying and destroying records. In settling—and agreeing to pay $400 million to his victims—Milken does not concede guilt. But he may not assert his innocence, either. We will know next tall, when the government produces its memorandum for Milken’s sentencing, what evidence it had on these other matters. Milken’s defenders say he was bullied into a guilty plea by the unfair threat of prosecution under the racketeering (RICO) law. I bet that when we see the goods, Milken’s jail term and $600 million fine will look like a good deal for him.

So why did he do it when he was making hundreds of millions of dollars legally? The answer, I think, is that the manipulative shenanigans were not just a sideshow. The exchange of favors—buy this troubled bond for me, and I’ll buy a bond or do something else for you—was part of his modus operandi. It’s just that many of the favors were illegal. Those who wish to blame the government’s removal of Milken for the collapse of the junk bond market are not completely wrong. It required a master juggler to keep all those balls in the air.

Thus to question three: How wonderful were junk bonds? Only about half went to finance those little entrepreneurial companies that were deemed too risky to float a traditional bond. And even much of this money was spent, as Ingersoll spent most of his, buying established operations rather than creating new ones.

Although the bondholders were paid high interest to compensate them for the extra risk, it’s clear in retrospect (and not very long retrospect: reality has struck within a year) that the risk was often wildly underestimated. Sometimes, as in the case of the savings and loans that bought 7 percent of junk bonds, buyers were numb to the risk because they were essentially protected from it by federal deposit insurance. Sometimes Milken’s own juggling kept buyers buying despite the risk. Mostly, though, it was just the willing suspension of disbelief.

Whatever the reason, it was too easy. Many of those spunky little companies that couldn’t get financing in the bad old days shouldn’t have gotten financing after all. Today the average junk bond trades at about 75 percent of its face value, reflecting an assumption that it has a one in four chance of going bust. No one figured on that.

About half of all junk bonds financed takeovers of larger companies or restructuring to ward off takeovers. By replacing equity with debt (borrowing money to buy shares), they turned companies that weren’t inherently risky into companies that were. Companies like Southland (7-11 stores), J.P. Stevens, and maybe even Milken’s Drexel Burnham Lambert itself wouldn’t have gotten into trouble if they didn’t have huge interest payments to pay (instead of optional dividends).

Did the takeover movement make corporate America more efficient? This was always a bolder claim than many of its proponents realized. If the huge premiums that takeover artists offered for company shares reflected genuine improvements they could make in corporate management, this is a devastating indictment of American capitalism. Widespread public share ownership, a professional management class, the stock market—pillars of our economic system—topple under the weight of this argument, if true.

It is true, to some extent. But as takeover frenzy spread, speculative fever and too-easy access to financing became better explanations of the prices being offered. Milken’s contribution was to greatly increase the proportion of unproductive paper shuffling in the takeover boom. It’s an old story. “There was not one of them,” Trollope writes of Melmotte’s business colleagues “who had not ... been given to understand that his fortune was to be made, not by the construction of the railway but by the floating of the railway shares.”