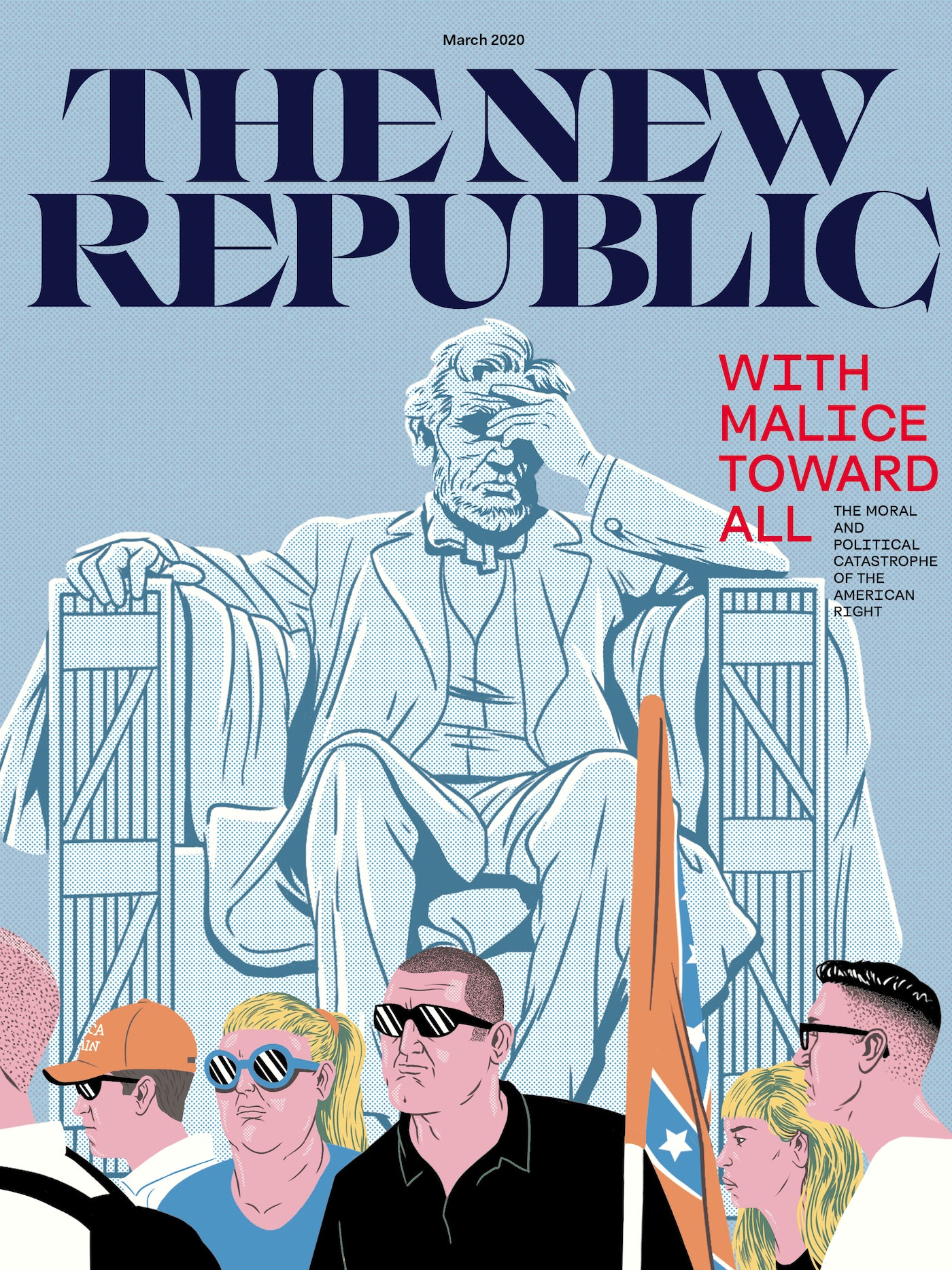 New York, NY — (February 13, 2020) — As The New Republic showcases an elegant and ambitious redesign with its March 2020 issue, the premier journal of liberal opinion also has announced significant business and hiring changes. In late January, TNR added several new writers to vital coverage areas and launched a podcast, The Politics of Everything. The magazine’s revamped look signals a new chapter in its creative evolution, encompassing a new logo and a fresh approach to typography, layout, photography, and illustration.

Conceived in partnership with storied global design and branding house Pentagram, the redesign pays homage to The New Republic’s singular place in political and cultural debate. “Since its founding in 1914 at the height of the Progressive Era, The New Republic, through all its various mutations, has been the principal standard bearer for the best of the liberal tradition in America,” said the magazine’s owner, Win McCormack.  “Graphically as well as editorially, we have tried to design a contemporary New Republic suitable for the unparalleled and fraught period of political history in which we find ourselves now.”

Both Pentagram and The New Republic brought their print legacies to the creative process. This collaborative effort comes across strongly in the new design’s embrace of the magazine’s journalistic and political heritage—a visual reflection of the robust brand of liberal inquiry that’s been synonymous with The New Republic for more than a century.

“For a publication birthed at the time of the Great War, The New Republic’s current and future aspirations don’t neglect its heritage but add a larger sense of the contemporary,” said Eddie Opara, partner at Pentagram. “The New Republic is indicative of being intelligent, cultured and incisive, and the new identity and overall design characteristics speak verbally and visually with assertiveness, in line with its tradition of robust political, societal and cultural opinions, critiques and polemics.”

The new face of the magazine is presented in a March cover package calling out the moral and political catastrophe of the American right. The March issue showcases the work of some of the magazine’s newest writers and editors.

In “Make it Stop,” Osita Nwanevu makes the case for the destruction of the. Nwanevu is a new staff writer who wrote previously for The New Yorker and Slate.

In “Down to Business,” Libby Watson, also a new staff writer, writes about the business community’s resistance to Medicare, highlighting the leadership of Wendell Potter, the former head of corporate communications at Cigna. Watson specializes in politics and healthcare.

Also joining as staff writers: Kate Aronoff, who is covering climate for The New Republic and is the co-editor of We Own the Future, co-author of A Planet To Win, and author of Overheated; Melissa Gira Grant, author of Playing the Whore: The Work of Sex Work and previously a senior staff reporter covering criminal justice at The Appeal; and Nick Martin, who covers indigenous issues and Southern politics and culture.

The New Republic has also added two deputy editors: Jason Linkins, previously a founding member of HuffPost’s Washington bureau and a senior editor at ThinkProgress; and Katie McDonough, who worked for Jezebel before joining TNR.

“We’ve started to stack our team with the best in their fields,” said Chris Lehmann, editor of The New Republic. “Our goal, as ever, is to bring challenging, brilliant voices to the forefront of political conversation.  In addition to our new staff writers and editors, our freshly launched podcast puts The New Republic’s voices audibly into the conversation every week so we’re in print, online, and on the airwaves.”

The entire March 2020 issue of The New Republic is available on newsstands and via digital subscription now, the online version of the redesign will debut in April 2020.  The Politics of Everything’s first episode, “Are Kids Bad for the Planet?” can be found on The New Republic’s website and any platform podcasts are found, with regular episode releases coming soon.