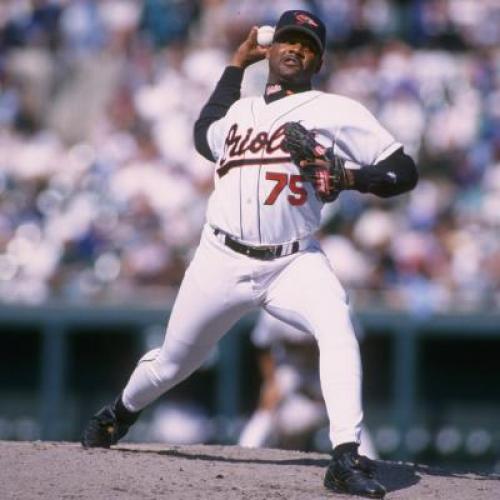 Another baseball season is about to begin. It will be a good season. Every baseball season is a good one. The strength of the game is proved year after year, despite expansion teams (which in recent years have done no worse than the old St. Louis Browns used to do season after season) and changes in rules and record-keeping. The designated hitter experiment seems to have done no lasting harm.

The livelier ball has been introduced, but the relative strength of hitters and pitchers seems to be in reasonable balance. The cowhide cover, proposed as a substitute for horsehide, has been rejected. The hardwood bat has survived the onslaught of aluminum and plastic substitutes.

Team loyalty is adequate. Team spirit and loyalty have never been as important in baseball as in other sports, in any case. Baseball teams do not carry chaplains, as do some football teams. They do not gather, kneeling or standing, in a group to pray or hold hands before the game, as basketball teams do, but proceed decently from locker room to dugout to playing field.

Baseball, forever resilient, has adjusted to night games, to artificial turf, to the Astrodome and to Charley Finley.

The reason is not a matter of accident. It is a matter of essence, for baseball is different from other games. Its strength is inherent, metaphysical. Why? First, the game has a singular and distinctive relationship to time. Only baseball can be called a “pastime.” Baseball is above or outside of time. Football, basketball, hockey and soccer games are arbitrarily divided into measured quarters, halves or periods. They are controlled, even dominated by time. Not so of baseball, which either ignores time or dominates it. An inning theoretically can go on forever. The same is, of course, true of a game. Interruptions are generally limited to acts of God, such as darkness or rain, or to cultural and quasinatural occurrences such as curfew or midnight (in games played under the lights). If for some reason—dust in a batter's eye, rain or the like—a baseball game must be halted, “time out” is not taken, with referees looking at their watches. Rather, time is “called” by the umpire. Again theoretically, time could be “called” and remain “called” forever.

Baseball is played in a unique spatial frame. Other games are played inside defined and limited areas: rectangular or near rectangular fields, floors or rinks. Not so with baseball. Baseball is played within the lines of a projection from home plate, starting from the point of a 90 degree angle and extending to infinity. Were it not for the intervention of fences, buildings, mountains, and other obstacles in space, a baseball travelling within the ultimate projection of the first and third baselines could be fair, and fully and infinitely in play. Baseballs never absolutely go out of bounds. They are either fair or foul; and even foul balls are, within limits, playable and are part of the game.

Baseball is distinguished from other games, also, in the way it is controlled by umpires. An umpire is very different from a referee, a field judge or a linesman. Baseball uses umpires and no one else, an important distinction. And one umpire is always wholly responsible.

One occasionally hears the cry “fire the referee,” but one seldom hears “kill the referee.” That cry is reserved for umpires with good reason. Umpires have to be dealt with absolutely, for their power is absolute. Referees are men called or appointed. Umpires, by contrast, seem to exist by their own right and exercise undelegated power which is not to be reviewed. They are not asked to make judgments. They make them. The word itself carries this strength. It is derived from the Old French word “noumpere” meaning one who is alone or without a peer (literally without a father or a superior). “Refuse not,” the medieval divines warned, “the umpeership and judgments of the Holy Ghoste.”

Baseball is different from other major sports in two other significant ways. First, the individual is under constant surveillance. At all times one player, at least, is personally accountable. In football, a player may fall down and get up with mud all over him; and no one  knows whether he has done his job. In basketball and in hockey, it is difficult to follow the action and measure the responsibility of each player.

Second, baseball is a game of records, team and individual. The bookkeeping is balanced. It shows earned runs and unearned runs. Hits are credited to batters and debited to pitchers. Errors are recorded along with assists and put-outs. Times at bat, home runs, triples, singles, sacrifices, strikeouts, passed balls, wild pitches, walks, balks, runs batted in, runs scored and batting, fielding and pitching averages all are in the book. The game is played for the game, but also for the record.

At the end of the last game of this year's World Series, one knew not only that the Yankees had won the series, but also that Reggie Jackson was the first man in history to hit five home runs in a series, and that he hit them in his last nine times at bat. Moreover, he hit four of them on his last four swings; and each of the last three was hit on the first pitch to him in that time at bat.

The game is the same whether played in the Astrodome, in Yankee Stadium or as described by Robert Fitzgerald in his poem called “Cobb Would Have Caught It”:

ln sunburnt parks where Sundays lie, Or the wide wastes beyond the cities. Teams in grey deploy through sunlight. Talk it up, hoys, a little practice. Coming in stubby and fast, the baseman Gathers a grounder in fat green grass. Picks it stinging and clipped as wit Into the leather: a swinging step Wings it deadeye down to first. Smack. Oh, atta boy, attaold boy.

Catcher reverses his cap, pulls down Sweaty casque, and sciuats in the dust; Pitcher rubs new ball on his pants. Chewing, puts a jet behind him; Nods past batter, taking his time. Batter settles, tugs at his cap; A spinning ball; step and swing to it. Caught like a cheek before it ducks By shivery hickory; socko, baby; Cleats dig into dust. Outfielder, On his way, looking over shoulder. Makes it a triple; A long peg home. Innings and afternoons. Fly lost in sunset. Throwing arm gone bad. There's your ball game. Cool reek of the field. Reek of companions.

Eugene J. McCarthy is the former senator from Minnesota. This article appeared in the April 22, 1978, issue of the magazine.