You are using an outdated browser.
Please upgrade your browser
and improve your visit to our site.
Skip Navigation
What so loudly we wail. 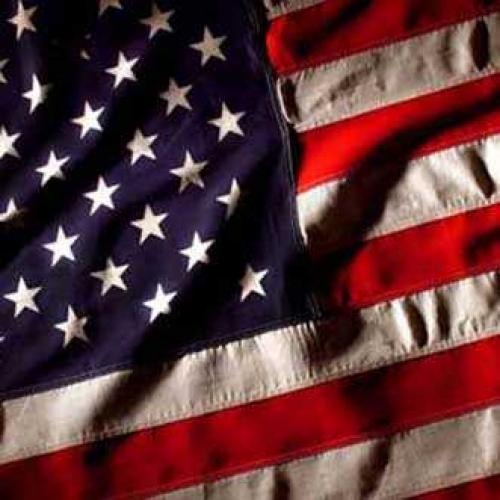 Not long ago Representative Andrew Jacobs Jr. of Indiana filed a bill to replace "The Star-Spangled Banner" with "America the Beautiful" as our national anthem. Many people have long advocated just such a change, and for a number of reasons the bill deserves wide support.

"The Star-Spangled Banner" has been the official national anthem only since March 3, 1931. Most people assume that it has been the anthem virtually from time immemorial and that it is thus now sacrosanct. But clearly there is nothing wrong with supplanting something that has been in effect for only 50-odd years.

The music is by an Englishman, John Stafford Smith (1750-1836), who wrote it as a drinking song for a London social club, the Anacreontic Society. Is our nation so poverty-stricken that we must rule out homegrown music? The tune is a constant stumbling block. Technically, it covers a span of a twelfth--that is, an octave plus a perfect fifth. Not only is it difficult for the general public to sing, but it has repeatedly caused trouble even for professional opera singers. Some people assert that this problem could be solved by selecting the right key for performance. But the point is that all 12 possible keys are poor. No matter what the key, the tune goes either too high or too low (and both, for some people). What's more, the tune is irregular in its phrasing, and does not always fit the text well. In "Whose broad stripes," for instance, assigning "broad" to a tiny sixteenth note is bad.

Finally, Francis Scott Key's poem (1814) is not suitable. It is of low quality as poetry, and its subject matter is too specific and too militaristic, dealing with a one-day incident in a war. Are glaring rockets and bursting bombs the essence of the nation? I wonder how many people have really read through all four stanzas and thought about the words. The third stanza is particularly offensive: "Their blood has wash'd out their foul footsteps' pollution./No refuge could save the hireling and slave/From the terror of flight or the gloom of the grave." When a bank celebrated the last Independence Day by buying a full page in the New York Times to print the tune and text of the anthem, not surprisingly the dreadful third stanza was entirely omitted. The poem has little to recommend it except for the single line, "The land of the free and the home of the brave."

Why choose "America the Beautiful" in its place?

Both the text and music are by citizens of the United States. And now that we have overcome the notion that this is mainly a man's world, it is additionally fitting that the poem was written by a woman, Katharine Lee Bates (1859-1929), and the music by a man, Samuel Augustus Ward (1848-1903).

The music (composed in 1882) is simple and dignified, and exhibits balanced phrasing. The tune has a range of only a ninth--that is, an octave plus one step--which means that almost anyone, trained or untrained, can sing it. For the musically sophisticated, there is also a neat touch in the four-voice harmonization that has been standard since its first publication in 1888: the soprano tune of the first line becomes the bass part of the third line.

The poem--originally written in 1893, and by a happy coincidence first printed in the Fourth of July issue of a periodical in 1895 (and twice somewhat revised by its author)--is in its final form an admirable text of broad scope. It is not bellicose or geographically restricted, and all four stanzas can be sung without embarrassment. It was inspired by a trip taken by an Easterner through the Midwest (with a visit to the Chicago World's Columbian Exposition: "alabaster cities gleam") and on across "the frutied plain" and "amber waves of grain" to the Rocky Mountains (Pikes Peak in Colorado: "purple mountain majesties").

It acknowledges both urban and rural life. It pays homage to our nation's past and to those who have sacrificed themselves for their country (without glorifying war), it points to present virtues, and it voices a goal that our nation should aspire to ("brotherhood / From sea to shining sea"). Even a celebrated foreign historian was impelled to comment: "Few patriotic songs breathe such broad, humane idealism as this."

This joining of words and music has stood the test of time. The piece is taught and learned in school throughout the country, and is known and loved by the populace at large, which can sing it effectively, confidently, and with pride.

There has long been widespread advocacy for making it our national anthem. When the selection of an anthem was before Congress in 1931, several organizations, acting independently, took a strong stand in favor of "America the Beautiful" and against "The Star-Spangled Banner," including the National Federation of Music Clubs, the National Hymn Society, the Music Supervisors National Conference, and education experts at Columbia Teachers College.

When the controversy resurfaced in Boston in 1977 (as it periodically does here and there), a poll of Boston Globe readers revealed that they favored "America the Beautiful" over "The Star-Spangled Banner" by a vote of 493 to 220, And it has already been adopted as the official song of the National Federation of Women's Clubs. From time to time people have expressed a preference for other choices, but these can easily be shown unsuitable, "The Battle Hymn of the Republic" (1861), like "The Star-Spangled Banner," is too warlike, and its tune belongs to "John Brown's Body Lies A-Mould'ring in the Grave." The music of Irving Berlin's "God Bless America " (1918) is insufficiently dignified, and the text setting is faulty. "My Countrv' 'Tis of Thee " uses the music of the British national anthem, and thus cannot be seriously considered. John Philip Sousa's "The Stars and Stripes Forever" (1897) is as great a march as anyone has ever composed, but it lacks a text and only its refrain would lend itself to singing. The idea of having a nationwide contest for a new anthem has been tried, without success. If tried again, there would surely be no agreement.

When one takes all factors into account, "America ihe Beautiful" is by far the outstanding candidate. It would indeed be fortunate if the entire country could sing "America the Beautiful" as the official national anthem when it celebrates the 200th anniversary of the Constitution on September 17,1987. We have less than two years to accomplish this worthy task.

Caldwell Titcomb was a professor of music at Brandeis University.