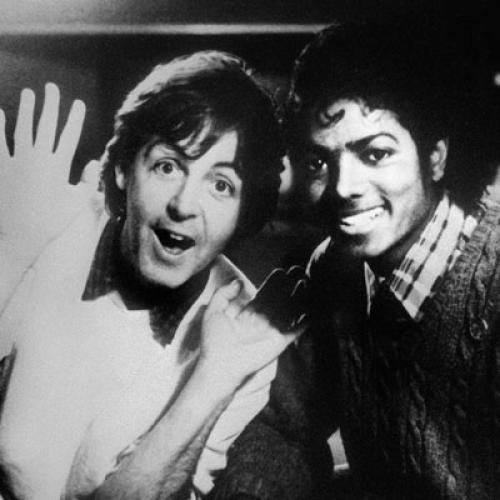 There is a revolution afoot, according to the Nike shoe company—a revolution in sneakers, heralded by a $7 million TV ad campaign featuring the Beatles song "Revolution." It's the first time that Capitol Records has licensed an original Beatles record for use in a TV commercial. The 30-second ads, done in a black-and-white documentary style, feature ordinary jocks intercut with sports superstars such as basketball player Michael Jordan and tennis champion John McEnroe, while John Lennon sings, "You say you want a revolution." The new sneakers cost $75 a pair.

Beatles fans are outraged. Chris Morris, the Reader's rock critic, says: "When 'Revolution' came out in 1968 I was getting teargassed in the streets of Madison. That song is part of the sound track of my political life. It bugs the hell out of me that it has been turned into a shoe ad." Morris is right that the Beatles' purpose was not to sell shoes. But the story is a bit more complicated.

The 1968 song criticized young revolutionaries for having "minds that hate." Lennon's lyrics told the 1960s left to "count me out." They attacked kids for "carrying pictures of Chairman Mao." The New Left was shocked when the song first appeared. Ramparts called it a "betrayal," and the New Left Review denounced it as "a lamentable petty bourgeois cry of fear."

"Revolution" was John Lennon's comment on May '68. It was recorded two weeks after student riots in Paris brought France to the brink of revolution. The song wasn't released until August. By that time, a thousand club-swinging New York City cops had driven Columbia University students from occupied campus buildings. In Chicago Hubert Humphrey had been "nominated in a sea of blood," as Theodore White put it. The Rolling Stones released "Street Fighting Man," in which Mick Jagger sang about the time being right for revolution; the record was banned from the airwaves in Chicago and Berkeley. Then the new Beatles single came out, addressing the kids in the streets: "You say you want a revolution..."

The underground press responded immediately. The Berkeley Barb wrote with typical excess, "'Revolution' sounds like the hawk plank adopted in the Chicago convention of the Democratic Death Party." Jon Landau, writing for Liberation News Service, agreed: "Hubert Humphrey couldn't have said it better," he wrote. Robert Christgau wrote in the Village Voice, "It is puritanical to expect musicians, or anyone else, to hew to the proper line. But it is reasonable to request that they not go out of their way to oppose it. Lennon has, and it takes much of the pleasure out of their music for me." Ramparts objected in particular to the line "you know it's gonna be all right": "It isn't," the magazine declared. "You know it's not gonna be all right."

But the song was irresistible, raucous hard rock. The music contained a message of its own, a message of excitement and freedom, which worked against the "sterility and repression in the lyrics," according to Greil Marcus, at the time a writer for the San Francisco Express-Times. "The music doesn't say 'cool it' or 'don't fight the cops,'" Marcus wrote.

There was a second version of the song, released on the White Album two months after the single. The single version had been produced the way Paul McCartney wanted it; the album version was done John's way--slower, so that the words could be understood better. And there was one significant change in the words: after he sang, "When you talk about destruction / Don't you know that you can count me out," he added "in." "I put in both because I wasn't sure," he explained. Nike uses the first version in the ad.

Not everyone on the left attacked "Revolution." The SDS newspaper at Cornell declared that Lennon rightly rejected radicals with "minds that hate," and that the increasing violence of the left needed to be criticized. Then there was the issue of the "shoo-be-do-wahs" with which Paul and George answered John's "You know it's gonna be--" on the album version. Michael Wood addressed that problem in Commonweal. The Beatles are not fools, he argued; they know it's absurd to say "it's gonna be all right." The "shoo-be-do-wahs" suggested "they mean that statements about whether it is or it isn't are all part of that political crap they dislike so much."

The far right also took up the question of "Revolution." William Buckley paid mocking tribute to its message in hissyndicated column, and was promptly attacked by the John Birch Society. "The Beatles are simply telling the Maoists that Fabian gradualism is working, and that theMaoists might blow it all by getting the public excited before things are ready for 'revolution' --'it's gonna be allright.' " The Birch Society concluded that " 'Revolution'takes the Moscow line against Trotskyites and the Progressive Labor Party, based on Lenin's Left-Wing Extremism: AnInfantile Disorder." (The actual title of Lenin's treatise was:Left-Wing Communism, An Infantile Disorder.)

Lennon and McCartney gave up ownership oftheir songs in the late '60s when their financial advisers told them they could reduce their tax payments (they were in Britain's 90 percent bracket) by forming a corporation called Northern Songs that would own their copyrights, and selling stock to the public. In 1969 Sir Lew Grade's entertainment conglomerate ATV Music offeredseven times the original offering price of the Northern Songs stock in a takeover bid. Lennon and McCartney were feuding at the time and unable to organize a successful counter offer. When the Northern Songs management and shareholders accepted Sir Lew's offer in September1969, Lennon was outraged and inconsolable. Told that his massive capital gain would allow him to make his children secure—or, in the words of the poet, "Baby you're a rich man now"--Lennon replied, "I have no desire to create another fucking aristocracy." Grade in turn sold ATV in 1981 to an Australian tycoon with too many names: Robert Holmes a Court.

Enter Michael Jackson, whose 1982 Thriller album sold more than 30 million copies, making it the most successful album in the history of the world. After working with McCartney on the monster hit "Say, Say, Say," he told his lawyer, "I want to buy some copyrights, like Paul." "He only wanted songs that meant a lot to him," Robert Hilburn explained in the Los Angeles Times, so he bought Dion's "Runaround Sue" and "The Wanderer" but passed on Kris Kristofferson's "Help Me Make It Through the Night." But what he really wanted was the Beatles.  Jackson appeared in person at the negotiations in London, wearing acolorful Sgt. Pepper outfit. That "brightened everyone'smood," Hilburn reports, and Holmes a Court agreed to sell--for $47.5 million. After agreeing to license the words and music of "Revolution" to Nike,  Jackson persuaded Capitol Records, owner of the rights to the Beatles' recordings, to license the original record.

The "Revolution" ad is the most outrageous example of a familiar aspect of pop culture in the later Age of Reagan. Lou Reed, a rock hero loved for his rejection of everything soft and safe in the pop world, recently licensed his signature song, "Walk on the Wild Side," for a motor scooter ad. The Shirelles' captivating "Dedicated to the One I Love" (it peaked at No. 3 in 1961) is now used to suggest that if you are dedicated, you should serve bran flakes to the one you love. Johnny Nash's stirring "I Can See Clearly Now," one of the first reggae hits (No. 1 in 1972), sells--oh no--window cleaner. "Revolution" isn't even the first Beatles  song to be licensed.  John Lennon's "Help," a declaration ofhis unhappiness as a superstar, became a Mercury ad in1985. But a sound-alike band sang the song. And Michael Jackson does Pepsi commercials.

"Mack the Knife," once sung by Lotte Lenya in "TheThreepenny Opera," lyrics by Bertolt Brecht, music by Kurt Weill, has been turned into a McDonald's commercial: "It's Mac Tonight." Frank Sinatra licensed his originalrecording of "The Best Is Yet to Come" to Chrysler. Ringo Starr, meanwhile, is the first Beatle to appear in person endorsing a product--a pathetic ad for a wine cooler.

A few rockers have had the integrity to refuse to license their music. Notable among them are John Cougar Mellencamp, Bob Seger, and Joan Jett. Chrissie Hynde of the Pretenders has a song on their new album Get Close attacking Michael Jackson and others who have endorsed products, in which she asks, "How much did you get for your soul?" Bruce Springsteen has been offered the most to sellout, and he has refused. The admen, however, have taken revenge, expropriating Springsteen's style and attitude and  reducing them to a formula for a variety of commercials. After The Boss turned down Lee Iacocca's offer to use "Born in the USA" to sell Plymouth Mini-Vans, the company ran a rip-off TV ad with the theme "Born in America." (As Dave Marsh points out in his new book on Springsteen, Glory Days, the car is assembled in Canada.)

What’s next? "Give Peace a Chance" selling Star Wars? "Happiness is a Warm Gun" licensed to the National Rifle Association? "All You Need Is Love" as the contras' theme song? Yoko Ono says she's confident Michael Jackson would "say 'no' to any misuse of the songs." He's turned down dozens of offers before accepting Nike. And neither Ono nor McCartney objected to Jackson's licensing of "Revolution" for the Nike ad. "John's songs should not be part of a cult of glorified martyrdom," Ono argues. "They should be enjoyed by kids today. This ad is a way to communicate John's song to them, to make it part of their lives instead of a relic of the distant past." She argues also that there is nothing objectionable about Nike shoes: "Sports shoes are part of fitness consciousness that is actually better for your body than some of the things we were doing in the '60s."

Maybe there's no reason to object to turning some popsongs into commercials--they didn't say anything in particular, and were written to make money in the first place. Does anyone care that the Fifth Dimension's "Up, Up, andAway" (No. 7 in 1967) has become a TWA commercial? But the "Revolution" ad is different. The song had a meaning that Nike is destroying.

A spokesman for Michael Jackson says that he plans tomake 40 other Beatles songs available for commercial exploitation.

Jon Wiener is professor of history at the University ofCalifornia, Irvine, and author of Come Together: John Lennon in His Time (Random House).

Editors' note: TNR was refused permission to reprint the entire lyrics to"Revolution " by Lennon and McCartney on the grounds that thisarticle would offend Nike.