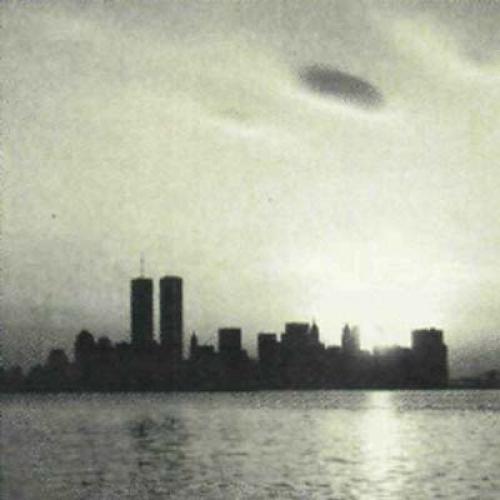 By way of prologue to a deep, sociological explanation of why my wife and I have decided to leave New York City and take up residence in Washington, D.C. (no one seems to credit the more obvious reasons; two children and three grandchildren), here are a couple of quotations. The first is from an editorial in the Wall Street Journal:

Washington, D.C, is a city in the gutter, wallowing in hypocrisy. It has become a bizarre sinkhole of character assassination and smirking self-righteousness. It will eagerly cast not only the first stone, but any other rocks it can lay its hands on.

The second quotation is from The New Republic’s own Fred Barnes (writing elsewhere):

Washington is increasingly insular, arrogant, elitist, power mad, addicted to luxury and mindless political combat, and, worst of all, downright hostile to the non-Washington masses.

Quite right. One might add Washington’s propensity for human sacrifice, in the form of legalized lynchings by Congress of actual or prospective members of the executive or the judiciary. It is a bloodthirsty city, to a degree unknown elsewhere in the United States. Fven for a cynical New Yorker, it is shocking.

It didn’t used to be this way. New York was generally agreed to be the only true cosmopolitan city in the United States, while Washington was a national version of Albany. That was because New York was an intellectual center as well as a financial center, importing ideas from Europe and retailing them nationwide. An intellectual center is a place where “literary intellectuals” congregate. It is a place where a dinner party can become acrimonious over such issues as Freudian analysis, progressive education, abstract expressionism, or the relation of religion to morality. I made this point recently in conversation--and then brought myself up short, as I realized that it had been a long time since I had witnessed any such dinner party. New York is not what it was.

Mind you. New York is still the national center for the arts—painting, dance, music, theater. That is why thousands of young people still flock to the city, braving squalid housing at incredible rents, omnipresent crime, and public transportation that is a daily trauma. Moreover, it will probably remain such a national center for a long while yet, because that is where the money is, and all these arts need generous subsidies as well as affluent consumers. When I say “money,” I mean real money as measured by the standards of the financial community. In New York to be classified as a mere millionaire, you need $20 million. To be “rich” you need at least twice that amount. To be “wealthy” you need $100 million. It is astonishing how many New Yorkers fall into these categories.

Moreover, New York remains the nation’s media center, where magazines and books are edited and published, and where the TV networks are headquartered. It is considerably more doubtful, however, that this supremacy is secure. Madison Avenue is the linchpin of New York as a media center, and there are powerful centrifugal forces under way in the advertising industry. No one ought to be surprised if, ten years from now, the networks have left New York for a divided existence in Washington (news) and Hollywood (entertainment). Time and Newsweek probably would be in Washington already if they did not have such large, fixed investments in New York. Sooner or later, they will make the move.

So New York will remain a great city, but a much diminished one. It will still be the financial center, since the interlocking structure of Wall Street finance. Wall Street law, and even Wall Street printing services will be hard to duplicate elsewhere. And, as noted, where money is, the arts will follow.

But one thing New York will not be: the nation’s intellectual center, where “literary intellectuals” live and write and excoriate one another. It ceased being that about 20 years ago. The writers who contribute to the New York Review of Books, Commentary, even the New York Times’s Sunday magazine and book review sections live elsewhere for the most part. Established novelists are published in New York but also live elsewhere, as do our best known poets and literary critics. Columbia and New York University are still respectable schools, but they have very few famous “intellectuals” on their faculties. That generation is without heirs. There are some survivors. But they do not constitute a community; in fact, they frequently are not on speaking terms with one another.

The reasons for the decline of New York as an intellectual center are well known. The most important reason, as Russell Jacoby points out in The Last Intellectuals (Basic Books), is the national expansion and extraordinary transformation of American universities since 1945. People who would once have gravitated toward the “intellectual community” of New York now pursue graduate degrees and academic tenure. There are jobs and careers available, which did not used to be the case. Indeed, even if you decide not to climb the academic ladder, but succeed in becoming what Jacoby calls a “public intellectual,” you will find colleges and universities ready to co-opt you. Irving Howe, Michael Harrington, and I all became professors, rather to our surprise, and without ever having had that intention.

If you want an animated discussion of “large ideas” about God, human destiny. Western civilization, modern art, the future of democracy, etc., you are better served in Cambridge, Massachusetts, or Chicago’s Hyde Park than in New York. Greenwich Village today is populated by itinerant consumers of such ideas, and New York’s magazines are staffed by upwardly mobile men and women who purvey such ideas- But very few are grappling seriously with those ideas. As the city with the most consumers and the most purveyors. New York retains a semblance of an intellectual center. But the reality is not there.

And Washington? It’s certainly not here either, and never has been. To a considerable degree this is because Washington does not have a first-rate university, a sine qua non these days for being an intellectual center. The reasons for this lack are something of a mystery to me. I surmise that it is simply a failure of academic leadership, which has permitted Washington to shape its universities into ancillary institutions. It is hard to think of any other reason. Washington is so handsome a city, so nicely located, that first-rate professors and students should be delighted to come.

Nor can such quasi-academic institutions as the Woodrow Wilson Center, the Library of Congress, or the Smithsonian play a major, active intellectual role by being host to visiting scholars. Just as you cannot revitalize a city center unless you can get middle-class types to live there, as against simply shopping there, so you cannot create an intellectual center out of a floating population of scholars, or even “intellectuals.”

But there is one area in which Washington is an intellectual center, and that is public policy: economic policy, social policy, foreign policy, today even educational policy. This area now is dominated by a wide assortment of social scientists. Precisely because Washington is, for most professional persons most of the time, so attractive and livable a city, every administration leaves behind a geological stratum of such people. By now they constitute an intellectual community that, though limited in its horizons, is active, influential, and (most important) interesting to its members. It is also a community with a high level of civility, in contrast to “political” Washington.

Many such members move out of government into law firms or consulting, waiting for the wheel of fortune to return them to office and power once again. But many of the best and brightest congregate in that extraordinary Washington institution, the “think tank.”

The think tank explosion has occurred in the last two decades. The Brookings Institution, the granddaddy of them all, goes back over a half century, but it is only relatively recently that it finds itself one of a crowd. Behind the explosion ties the increasing sophistication of a handful of conservative foundations that, seeing academia and the media addicted to liberalism and worse, decided to establish new citadels in the “war of ideas.” They have had such success--with the American Enterprise Institute and the Heritage Foundation, especially--that liberal (and left-of liberal) foundations have begun to emulate this strategy.

Today Washington seems to give birth to a new think tank every other month or so. And they are no longer staffed exclusively by former officials, but are busy recruiting from academia, the media, and the surviving remnant of New York’s once-thriving intellectual community. It is as a recruit from that remnant that I have arrived in Washington from New York, bringing with me the 23-year-old magazine The Public Interest, of which I am coeditor. I am not the first, and will not be the last, to come. In the years ahead, I predict, the Council on Foreign Relations (dragging Foreign Affairs along) will arrive. Now that American foreign policy and the State Department no longer have such strong ties with the high-minded “internationalist” element on Wall Street, there is little reason for the council to remain in New York. Wall Street’s “old guard,” in any case, is a generation that is riding into the sunset, with families that have inherited wealth and social position being replaced by people who are in too hot pursuit of both to bother with foreign policy.

Active controversy over public policy does tend to shade into ideological controversy, which is what animates an intellectual community of the traditional kind. I have attended meetings in Washington that focused on the ideological background and significance of policy issues, meetings that would not have occurred here five or ten years ago. If Washington fails to develop an “intellectual community” in which such forms of discourse are common--and the odds are still against--I shall miss it. On the other hand, I have missed it in New York for quite a while now.

“Political Washington” is indeed capable of being nasty and brutish. But “political Washington” is not the whole of Washington, any more than “Wall Street” is New York. There is in Washington a public policy community of thinkers and writers that is engaging and even influential. All of us, of course, still read the New York Times and most of us read the Wall Street Journal. New York may not be what it used to be, but we understand that Washington is not yet what it might be.