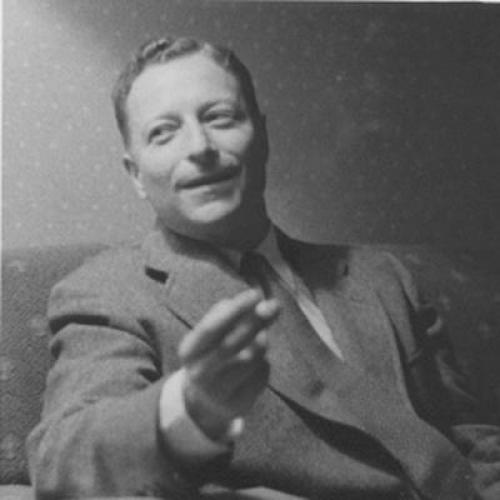 I wish to argue the case for Hubert Humphrey--or, more precisely, my case for HHH. I emphasize the personal pronoun because I am no kind of spokesman or publicist for the Vice President. It is fair to assume that he will not approve of everything I say; and it is possible he may not approve of anything I say. It is certainly not my intention to make any kind of calculated "pitch"--to magnify Mr. Humphrey's virtues, deny his weaknesses, or slur over topics (e.g. Vietnam) where many readers of The New Republic and the Vice President have been in evident disagreement. The purpose of this article is simply to explain why I, personally, see the election of Mr. Humphrey as being not only desirable, but in some sense necessary.

And I will begin by risking the flat statement that, to my mind, the election has already narrowed itself down to the choice between Hubert Humphrey and Richard Nixon as President of the United States. These are the only two candidates who make a nationwide, "majority appeal" to the American electorate. In these pages, I need not explain why the prospect of electing Mr. Nixon depresses me. Suffice it to say that he appeals to the wrong majority to govern the United States in these times--a majority whose dominant temper will be sullenly resentful of the social changes we have been experiencing and impulsively reactionary toward the crises we shall inevitably be enduring.

Mr. Humphrey, in contrast, seems to me to be capable of moulding and leading the right kind of majority--one that does not wish to repudiate American traditions (and, yes, even the "American way of life") but is nevertheless genuinely willing to adapt these traditions to the exigencies of present and future circumstances. It might be said, in rejoinder, that such adaptation might be insufficiently swift and radical. To which I can only reply (a) that this is indeed a possible danger, and (b) that the only real alternative is an Administration that will not be particularly interested in adapting at all.

I obviously must explain why I insist upon this Humphrey-Nixon alternative, which is bound to be challenged by many--though not, I observe in the press, by Mr. Nixon. It has nothing to .do with my own personal feelings toward Eugene McCarthy or Robert Kennedy, or with their own personal qualities. Rather, it has to do with the political identities and roles they have created (or accepted) for themselves. To put it briefly and bluntly: both are minority candidates, making essentially minority appeals--and while this is no bar to national office in the Congress, it is almost invariably a bar to the Presidency. Senator Kennedy has a safe Senate seat from New York, but I doubt very much that - after a summer of urban turmoil, and a fall of campus rebellions, both of which loom before us-he will be able to carry even New York State against Nixon. As for Senator McCarthy, I believe he has already achieved his purpose--altering the Administration's policy on Vietnam - and has, with that, exhausted his political potential.

The other day, a good friend of mine--a professor at Columbia--told me that, though still committed to McCarthy, he would switch to Kennedy if it turned out

that McCarthy had no chance. I asked him: why not Humphrey? "I've nothing against Humphrey," he replied, "but I think only Kennedy can 'communicate' with the militant Negroes and the militant students--only he can split the New Left and the black nationalists--and this is the most urgent task before us." I believe my friend is unquestionably right about Senator Kennedy's special appeal to these groups--and to our Indian-American and Mexican-American populations, too (though I might point out that Mr. Humphrey is, at the least, persona grata with most of them). Nor do I deny the importance of "communicating" with the "alienated" sectors of our society. But what my friend seems to have overlooked is the fact that the overwhelming majority of the American electorate is non-black, non-young, and non-poor. These are the people who are going to elect our next President--and our next Congress. These are the people whose consent, active or passive, will have to be mobilized for any reform or reconstruction of American society to be effected. And these are the people that any presidential candidate or any President will, above all, have to "communicate with." So far as I can see, only Humphrey and Nixon are able to transmit messages that are anywhere near the proper wave lengths. Even if Robert Kennedy were somehow to be elected, he would find himself immediately stalemated--perhaps even checkmated--by Congress and public opinion.

Besides, I am not so sure it is a good idea to place all that amount of emphasis on the more extreme opinions emanating from the "alienated" segments of our society. It can easily create--has already created--more problems than can be solved. Both Negro militants and student militants unquestionably voice real grievances in their constituencies. On the other hand, the evidence is quite convincing that they do not really represent, in their ideological posture, the majority of even these constituencies. We are too quick to assume that whatever is "militant" is ipso facto a more authentic product of "grass-roots" sentiments. Acting upon this assumption, many of our political leaders blithely pass over the heads of the more moderate, more "established" leadership and, in effect, grant to the militants a status and legitimacy they might not otherwise have obtained. This has already happened in many of our central cities; it is happening right now in our universities. The basic difficulty with this strategy is that it is self-defeating. Even if the demands of these militants were less inchoate than they are, the plain fact is that they could not be satisfied with the immediacy and the amplitude that are being insisted upon. We simply don't know how to render such satisfaction. And to the extent that we nevertheless pretend to do so, we (a) neglect to do all sorts of things that we can do and of which moderate opinion (both minority and majority) would approve, (b) render more acute all of the frustrations these minorities are experiencing, and (c) set up the conditions for a massive "backlash" on the part of the majority, which receives the impression from all this agitation, confrontation, and rhetorical exuberance that we are "going too far, too fast"--when, in truth, there has been far more talk than action.

Now, let us tum to Vietnam. And let us begin by dismissing the accusation against the Vice President that he has, during these past four years, "prostituted himself" by supporting the Administration's policy in Vietnam. This accusation is both stupid and contemptible. It is stupid because, in the nature of things, none of us has any way of knowing, what private doubts and reservations Mr. Humphrey might have had about various aspects of this policy. He would have been less than human had he not had any such doubts; he would have been less than worthy of his high office had he insinuated them into the public ear.

The accusation is contemptible because it so blandly and self-righteously assumes that Mr. Humphrey could not possibly have been telling the truth when he said--as he has, repeatedly--that he believed our involvement in Vietnam to be both, necessary and just. A clear majority of American liberal voters believe exactly this, as every opinion poll reveals. It requires a special kind of fanaticism to take it for granted that, because one despises the Vietnam war, only despicable people could have supported it. (Would that life and politics were all that simple!) And it takes a special kind of .willful obtuseness to fail to observe that many men whose liberal credentials are impeccable have found the Administration's' case persuasive.

As I write, it appears that Vietnam will not be a significant issue in the campaign. I realize that this infuriates a great many people who dearly want to see our Vietnam policy openly and utterly repudiated by this election. I can appreciate their emotions, even if I don't share their views. But this is just not going to happen--no matter who wins the nomination, no matter who wins the election. The American people are certainly disillusioned about the war in Vietnam--but their disillusionment at this moment centers at least as much around the fact that we have failed to win this war as around the original commitment to intervene. In any case, no aspiring national leader in his right mind is going to appear before the American people to tell them that their sons have been killed and maimed--are still being killed and maimed--in an unjust and "genocidal" war. Neither Senator Kennedy nor Senator McCarthy is saying anything of the sort. Indeed, they are astutely saying very little at all about Vietnam, because they realize that, if our basic foreign policy is to be substantially changed, it will have to be done gradually, incrementally, cautiously. To attempt an abrupt reversal would be to risk a dangerous reaction whose political consequences could be disastrous for the future of American liberalism.

As a matter of fact, should such a revision of our foreign policy be in order, it is Mr. Humphrey who is in the best position to accomplish this, precisely because he will represent the principle of continuity even amidst change. And here, I think, we return to the heart of the matter. The United States is going through a period of tumultuous and bewildering Hux, affecting all of our institutions and customs. Those who are promoting such change are obviously just as confused about what it all means as those who resent and resist it. The legislative programs of the New Deal, the Fair Deal, the New Frontier, and the Great Society have been largely achieved - but without providing the satisfaction and stability that were expected. In the United States, as all over the world, the legitimacy of existing institutions is being challenged, explicitly or implicitly. We are living in an exciting and dangerous epoch, which has dawned upon us with astonishing suddenness, and which finds us unprepared and disoriented. There are ugly possibilities here, as well as hopeful ones. I have great faith in the majority of the American people--but that faith is neither blind nor unqualified. This majority, too, is capable of being "alienated," should it feel that it has lost control over the national destiny. And an alienated majority is capable of in-finite varieties of mischief, only too easily imaginable.

This majority needs leadership that will have the willingness and capacity to take new bearings--without, however, repudiating our older ones, which served us well in their time. This majority needs to be persuaded not merely exhorted, baited, and coerced. In short. I think this majority needs someone like Hubert Humphrey, whose pragmatic liberalism represents the only vital and enduring tradition of American government since 1932, and who will best be able to enlarge this tradition to encompass the strange new world toward which we are stumbling.