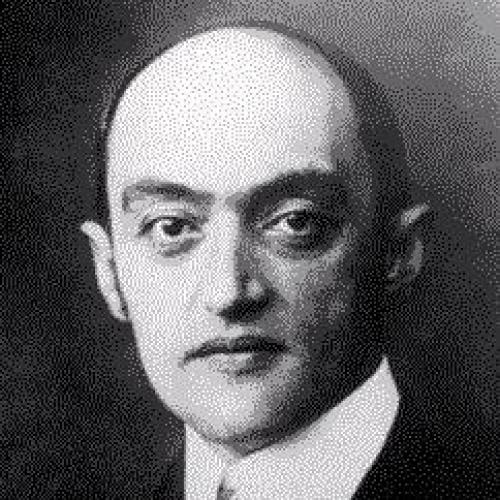 Can capitalism survive? Thirty-five years ago in Capitalism, Socialism, and Democracy Joseph Schumpeter argued that capitalism has an inherent tendency toward self-destruction, not for the reasons advanced by Marx—Schumpeter was definitely not a Marxist or even a socialist—but primarily because the civilization of capitalism could not sustain itself. Capitalism, he wrote, pioduces "an atmosphere of universal hostility to its own social order," It was his own breed, the intellectuals, who shaped the raw materials of discontent generated by capitalism into forms of social criticism that undermined the moral and psychological assumptions of capitalist society, and finally demoralized the entrepreneurs and capitalists themselves. Irorocally—Schumpeter was infatuated with the ironic—"this hosility increases, instead of diminishing with every achievement of capitalist evolution."

Although there is no mention of Schumpeter's influential work in Two Cheers for Capitalism, Irving Kristol's book is hardly more than an up-dating of Schumppter's argument. Actually, it is a good deal less, since what was only one theme in Schumpeter's magisterial book is pretty much the whole substance of Kristol's.

In his view, capitalism has created a "new class" whose members are indispensable to the function of the society but hostile to capitalism, "We are talking," he writes, "about scientists, teachers and educational administrators, journalists and others in communication industries, psychologists, social workers, those lawyers and doctors who make their careers in the expanding public sector, city planners, the staffs of the larger foundations, the upper levels of the government bureaucracy, and so on," (Readers of The New Republic are, no doubt, card-carrying members of this new class.) Indispensable the new class may be, but Kristol does not esteem the wisdom or virtue of its members. Although in this country they usually call themselves liberals, they are at heart socialists or at least social democrats in the Cerman or Swedish manner. Their ai.-ii is the indefinite expansion of the puHlic sector, (The decentralist thrust of much recent liberal and socialist thought evidently escaped his attention,) When you get right down to it, the hostility of the new class to capitalism is merely the self-serving ideology of people "engaged in a class struggle with the business community for status and power." Reduce the power and magnitude of the corporations; expand the public sector; create more jobs, money, prestige, and power for the new class. At base, its members are moved by goals as crass as those of the businessmen they detest.

Yet the new class is by no means beyond redemption. It needs to be assimilated into the system of corporate capitalism, "A good part of this process of assimilation will be the education of this 'new class' in the actualities of business and economics—not their conversion to'free enterprise'—so that they can exercise power responsibly. It will be an immense educational task, in which the business community can certainly play an important role."

Because these words come early on, one might suppose that Kristol is writing primarily for backsliders in the new class who might just be ready to grab onto a new conservative ideal (if there were one). It appears, however, that in writing these essays he had in mind a quite different audience, I learned his true target only after encountering some remarks like these: "The New Left is now launching an assault on liberal society , , , , Today, the New Left is rushing in to fill the spiritual vacuum at the center of our free and capitalist society," The New Left launching an assault? Rushing in to fill a spiritual vacuum? Strange words, considering that for some years now the ragged remnants of the New Left have hardly been launching assaults so much as scattering in disorganized retreat, pausing only long enough to ask, "What happened to the Movement?" Since Kristol is surely too attentive an observer of the American scene—he is, after all, Henry Luce Professor of Urban Values at New York University, editor of The Public Interest, and, as some of us only learn from the dust jacket, contributor of a regular column to The Wall Street journal—it soon becomes obvious that these essays must be of an earlier vintage.

And so they prove to be. Along with all those careful instructions to the Library of Congress on the reverse of the title page which I had carelessly ignored, thinking they were of interest only to librarians, several lines of easily overlooked small print inform the reader that the book is a collection of previously published pieces. Of the 31 chapters (counting the epilogue) all but six appeared in The Wall Street journal from 1970 to 1977, while four others—in my view among the best—were published in The Public Interest. The audience for which most of the book was written consists then not of the literate elements of the new class, such as the readers of this venerable journal, but the readers of The Wall Street journal. Kristol was not proselytizing in order to redeem souls among the benighted, as I had thought. He was bucking up the drooping spirits of the faithful.

This format helps to account for a major weakness of the book. At times the chapters suggest what it might be like to read a whole volume made up of nothing but old Mobil ads. The 25 essays from The Wall Street journnl running five pages each in this book, are too brief to allow Kristol to do a lot more than state a point of view. They hardly permit the kind of rigorously reasoned argument, analysis of data, or use of historical evidence that help to convert social theory into something more intellectually powerful and enduring than a brief elaboration, however nicely written, of an author's preferences.

While Kristol's recommendations tend to be small, his categories tend to be large. He is against all Lefts, New and Old, as well as socialism, bureaucracy, excessive governmental regulation, environmentalists, American liberals. Generally speaking, he dislikes reformers, though he is not opposed to all reforms. For he believes the corporate capitalism has by no means attained the very pinnacle of human perfection. For example, he would like it if corporations would report profits in constant rather than inflated dollars; prohibit stock options; not overpay their executives; use philanthropic and other expenditures in "efforts to shape or reshape the climate of public opinion, a climate that is created by our scholars, our teachers, our intellectuals, our publicists: in short, by the New Class"; cultivate the loyalty of stockholders—corporate managements are advised to learn how to think "politically" as well as economically or educationally. That is the price of bigness and power." In 1973 the major oil companies were not "thinking politically." If any company had been "thinking politically" when all "those lovely four-quarter profits began to roll in" it might have announced that "despite these profits, it would declare no increase in dividends or in executives' salaries this year."

Evidently the new class is not alone in its needs to be reformed. Corporate leaders could also stand a little reforming. Which goes to show that Kristol is not actually against all reformers. To be sure he is against all reformers of a socialist, liberal, environmentalist, or Naderite persuasion, but he is for reformers of a conservative persuasion. In fact, "some combination of the reforming spirit with the conservative ideal seems to me what is most desperately wanted."

Yet unless I mistake his argument, and well I may since much of it is elusive, Kristol does not mean to imply that the main structures of American corporate capitalism ought to be changed in any significant way. The changes he seeks are rather in the beliefs and actions of those who comprise the two antagonistic classes now locked, as he views the matter, in a class struggle over the control of the American corporation: corporate executives and Kristol's new class. Even he seems rather pessimistic as to the chances for such a reformation. Toward the end, his tvyo cheers sound to me more like a desperate prayer. And 1 very much doubt that he sees this collection of short essays as the kind of social theory or political philosophy he rightly believes that conservatism needs.

Robert A. Dahl is Sterling Professor of Political Science at Yale.