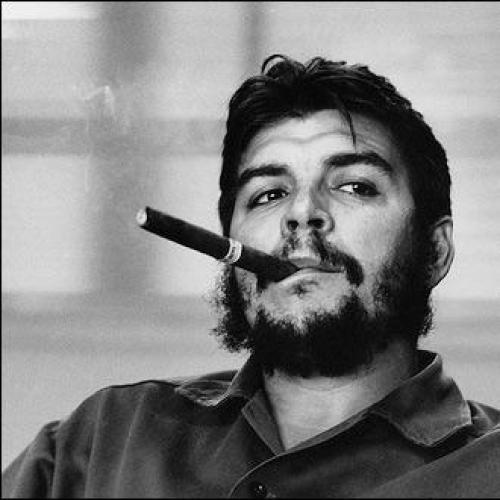 Writing in the Wall Street Journal on May 29, Irving Kristol lashed out at "the different attitudes of our human rights activists toward Huber Matos and Iacobo Timerman. "Timerman, of course, is the Argentine journalist who was imprisoned, tortured, and exiled by the Argentine military authorities. Matos, as Kristo! notes, as one of the principal leaders of the Cuban revolution. When he tried to resign his post as military governor of the Camaguey province in October 1959, Castro had him arrested. Matos was accused of "slandering the revolution" and was sentenced to 20 years in prison after a kangaroo-court trial at which Castro delivered a seven-hour harangue from the witness box. Ironically, Matos's "slander" was confined to the suggestion that Cuba was being led down the road to communism. But Kristol doesn't dwell on the injustices that both Matos and Timerman suffered. He points instead to the discrepancy between the attention given the two cases, and suggests this supports his claim that the human rights moverpent is controlled by forces among "the left and liberal-left" with "sophisticated political intentions."

Kristol was right to emphasize the similarities between Matos's and Timerman's experiences. Both men supported the ascent to power of the regimes that: eventually turned on them. Both were imprisoned and tortured for speaking out in defense of individual freedoms and democratic and legal processes. Refusing to renounce their principles in the face of intimidation, both were singled out for particularly brutal treatment during their incarcerations.

But Kristol is not the only one to notice the parallel. In his May 10 review of Timerman's book. Prisoner Without (J Name. Cell Without n Number, Anthony Lewis took pains tocompare the treatment that Timerman and Matos received. Kristol undoubtedly counts Lewis, the most ardent promoter of Timerman's story, among those with "sophisticated political intentions." But whatever Kristol may think of Lewis's foreign policy views in general, the reference to Matos made the obvious and necessary point: it is impossible to overlook the similarity between the methods of political repression practiced by right-wing and left-wing tyrannies.

It is precisely this conclusion that Kristol, and the present administration, find so threatening. Hence the effort to demonstrate that the people promoting Timerman—opponents of the fashionable theory that distinguishes "authoritarian" from "totalitarian" regimes—are as soft on left-wing tyranny as Kristol is on its right-wing counterpart. Kristol writes:

Finally freed, Mr. Matos is now in the United States, where the self-styled 'human rights movement' studiously ignores him. The New Yorker has not published his memoirs, as it has Mr. Timerman's, He has not been shepherded to Washington to influence the Senate Foreign Relations Committee's attitude toward the nominee for assistant secretary of state for human rights—as Mr. Timerman was. Mr. Timerman is a hero of the human rights crusade, Mr. Matos is consigned to the shadows. Can anyone believe this is accidental?

Is Kristol complaining about the professional human rights organizations that have excluded or forgotten Matos? Or about the press? Or about liberal legislators? Kristol probably finds all of the above negligent in guarding against left-wing totalitarianism. But the "human rights move ment" is only a loosely knit community, insufficiently organized to do anything "studiously."

Kristol would have us infer tbat there is a conspiracy of silence against Matos. His insinuation that Matos's writings have not been widely disseminated because editors at magazines like the New Yorker are indifferent to political persecution by left-wing governments is not merely foolish, it is misleading. Timerman has published a book which, as even Kristol admits, can only move one to "compassion and outrage." But contrary to what Kristol implies, Matos's memoirs haven't been ignored—they simply haven't been published yet. And by all accounts, there has in fact been great interest in Matos's forthcoming book (which he expects to finish by the end of this year). Publishers and periodicals have been clamoring for excerpts and the rights to the book.

Nor is there reason to suggest that the media ever purposefully ignored Matos while extolling Timerman. When Timerman and Matos were released in June and October 1979, they were accorded approximately equal coverage. Most major US newspapers ran profiles or interviews with Matos at the time of his release. Both the New York Times and the Washington Post published front-page articles recounting the story of Castro's betrayal and describing the treatment Matos endured throughout his confinement. Timerman received the same kind of attention, tbougb on a smaller scale. One does not automatically conclude from this that the media was biased against Timerman, but rather that Matos's 20-year imprisonment was seen to warrant more coverage than Timerman's three-year term.

Since his release Matos has devoted himself to organizing the democratic opposition to Castro in the Cuban exile community. He has not become a full-time advocate of worldwide human rights causes, which is not to say that Matos shares Kristol's suspicion of the institutionalized human rights movement. Speaking last week at a Washington ceremonycelebrating the 20th anniversary of Amnesty International, Matos emphasized his "great respect" for that organization, whose efforts were central in obtaining his release. Matos was one of seven former "prisoners of conscience" who were honored and spoke that night. Four of those seven had suffered under governments that Kristol v^'ould identify as "totalitarian." So much for the claim that the human rights movement conveniently overlooks "the threat from the totalitarian left."

Kristol was especially perturbed by Timerman's silent presence at Ernest Lefever's confirmation hearings. After all, Timerman's book has proved inconvenient for Lefever and has called into question many of the ideas to which both Kristol and Lefever subscribe. But would Matos, as Kristol implies, have been more sympathetic toward Lefever? It doesn't seem likely. In a November 1979 letter to President Carter, Matos credited the president's human rights policy with having helped to secure his release. He wrote that it "has been not only a great moral stimulus for Cuban political prisoners, but also an important support in facing abuses in Cuban jails." When interviewers have sought his opinion of the repressive rightwing regimes of Latin America, Matos always has maintained that he abhors all governments that abridge the liberty of their people through violence and intimidation. It's difficult to reconcile this kind of attitude with Kristol's preference for a selective human rights policy. Would Kristol be sympathetic to Huber Matos if he were fighting Batista's "benign" dictatorship in the Sierra Maestra today?