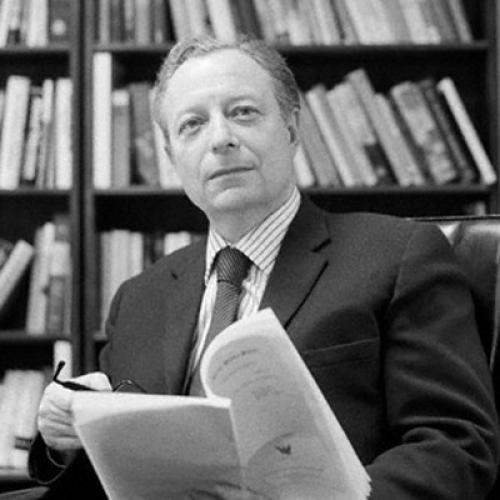 It was utterly predictable that freedom of pornographic speech and action would sooner  or later come into conflict with the women's movement. Pornography, after all, has long been recognized to be a predominantly male fantasy involving the sadistic humiliation of women. The women's movement itself, however, did not foresee any such conflict. On the contrary: it assumed a perfectly natural congruence between "sexual liberation" and "women's liberation." Indeed, it was this assumption that differentiated what in the 1960s we came to call "women's lib" from the traditional "feminist" movement that is now at least a century and a half old. Whereas feminists demanded more equal treatment and respect for women, corresponding to the more equal status they were in fact achieving in modern society, the movement for women's liberation proposed to create a radically new human condition for both men and women. There was relatively little utopianism in the feminist movement, which was essentially meliorist and adaptive. Women's liberation, in contrast, was Utopian in essence, and it was only because it managed to co-opt the feminist impulse that so many were confused as to its ultimate intentions.

Today, the unraveling of the movements is well under way. Feminism survives as a sturdy and successful enterprise; women's liberation is enmeshed in intellectual and practical dilemmas.

One such dilemma is illustrated by the issue of pornography. For traditional feminism, this posed no problem at all. It believed pornography to be filthy, debasing, and a suitable object for censorship. But, then, this Feminism did not believe in "sexual liberation" on a cosmic scale, only in sexual equality on a human scale. For the women's liberation movement, however, the question of pornography has become the occasion for disillusionment and anxious soul-searching. Witness the opening paragraphs of Susan Griffin's Pornography and Silence: Culture's Revenge Against Nature:

One is used to thinking of pornography as part of a larger movement toward sexual liberation. In the idea of the pornographic image we imagine a revolution against silence. We imagine that eros will be set Free First in the mind and then in the body by this revelation of a secret part of the human soul. And the pornographer comes to us, thus, through history, portrayed as not only a 'libertine,' a man who will brave injunctions and do as he would, but also a champion of political liberty. For within our idea of freedom of speech we would include freedom of speech about the whole life of the body and the even darkest parts of the mind.

And yet, though in history the movement to restore eros to our idea of human nature and the movement for political liberation are parts of the same vision, we must now make a distinction between the libertine's idea of liberty, 'to do as one likes,' and a vision of human 'liberation,' In the name of political freedom, we would not argue for the censorship of pornography. For political freedom itself belongs to human liberation, and is a necessary part of it. But if we are to move toward human liberation, we must begin to see that pornography and the small idea of 'liberty' are opposed to that liberation.

I have italicized that last sentence because it is so revealing—so very true and so very false at the same time. The key phrase is "in this culture." Ms. Griffin writes from within the world of the women's liberation movement and is under the impression that, in discovering the roots of pornography in sadism, the roots of sadism in a hatred of life, and a consequent antithesis between eros (the striving for a lost "wholeness" in life by an imperfect creature) and pornography (a lust for the "wholeness" of death), she has come up with a shocking insight. That the antithesis is familiar to just about every moral philosopher who ever lived is something she seems sadly unaware of. Her "culture" is so totally contemporary that one comes away with the impression that, for Ms, Griffin, "research" means consulting authors who have published works during the past two decades. Still, she is on to something and must be given credit for having both the ability and courage to think herself out of "her" culture, as regards this issue at least. Her polemic against pornography and its apologists (whether "liberal" or social-scientific) is shrewd, vigorous, and leaves little unsaid that needs to be said.

And there are many rhetorical passages that combine both eloquence and insight, even as they generate profound misunderstandings. For example:

All death in pornography is really only the death of the heart. Over and over again, that part of our beings which can feel both in body and mind is ritually murdered. We make a mistake, therefore, when we believe that pornography is simply fantasy, simply a record of sadistic events. For pornography exceeds the boundaries of both fantasy and record and becomes itself an act. Pornography is sadism. (Italics in the original).

But what is "that part of our beings which can feel both in body and mind" and which is "ritually murdered" in pornography? Ms. Griffin specifies it as "the heart," a weak term that evokes echoes of romantic sentimentality. How much more powerful her statement would have been if she had said "the soul"! But Ms. Griffin does not believe that human beings have anything that can be called a soul. In fact, she is convinced that the idea of humanity possessing a soul, as distinct from a "heart," is itself the fans et origo of pornography.

Ms. Griffin remains very much a Utopian romantic. She believes that the libido dominandi is created by culture and against nature, that humanity is "naturally" in an uncorrupted state, that flesh and spirit are "naturally" one, and that the existential contradictions of human experience are imposed on us by sick and wicked cultural traditions. The specific tradition at which she takes aim is Judeo-Christianity. "The metaphysics of Christianity and the metaphysics of pornography are the same," she boldly declares, finding in the Bible the cultural roots of the Marquis de Sade. Much of her book is an autodidact's brash exploration of cultural history that is occasionally very perceptive, more often painfully sophomoric.

There is an element of plausibility, if not exactly truth, in the notion that Judeo-Christianity (as well as Islam and the oriental religions, of course), insofar as it is based on the dualism of flesh and spirit, addresses itself to the same problem as does pornography. And it is also the case that some currents within this religious tradition— generally, if loosely, labeled "gnostic"—seek to transcend this dualism either by extreme ascetism or adventures in sexuality, both of which may feed the "pornographic imagination." But mainstream religious thought, in every time and place, has always sought a reconciliation of flesh and spirit through such institutions as marriage and the family. (The reconciliation is never quite successful, but that's life.) It will not do to take isolated sentences or passages from Scripture—as Ms, Griffin does—which tend to emphasize the body-spirit dichotomy, usually at the expense of body. Such "gnostic" accents are there (far more in Christianity than in Judaism) but subsequent commentaries and "interpretations," constituting the authoritative tradition, always convert them into much more homely doctrine. Some original Christians may indeed have regarded woman as "the vessel of evil," but their descendants ended up offering prayers to the Holy Mother.

So, while it might be fair to say that "the pornographic imagination" is in some ways analogous to, or isomorphic with, the "gnostic" impulse to be found in all religions above the primitive level, it is more accurate to say that, whereas religion regulates and composes this impulse, pornography vulgarizes it. What is "liberated" in pornography is the "morbid" lust to extinguish the human condition itself, and all the complexities of that condition with which culture and civilization and religion attempt to cope.

Nor does culture (above all, religion) achieve its goal simply by warring against nature and "repressing" it. Success, however partial, is only possible because nature itself collaborates in its subordination to culture. Shame and modesty are "natural" to the human species, and the domination of thanatos by eros is equally "natural," This means that "culture" itself is "natural" for the species, as is the very impulse toward sociality. To say of anything that it is pornographic is to mark it as an aberration in sociobiology as well as in culture. So Ms. Griffin's polemic against pornography goes off the track precisely because, though she has learned much in recent years, she is still entrapped in that cultural current of the 1960s which took Norman O. Brown and Herbert Marcuse as serious philosophers, not merely as the gifted eccentrics they were. This entrapment is further highlighted by the Fact that, after excoriating pornography in the most violent terms, she weakly concludes that censorship is no answer. Her cursory explanation is that censorship of pornography inevitably leads to political censorship and political repression.

That such a proposition is so widely proffered and so blandly accepted today reveals the degree to which we are still in thrall to remnants of the "liberation" culture of the 1960s. For only a moment's thought is needed to establish its falsity. After all, we had local censorship of pornography in this country for over two centuries and, whatever bizarre verdicts may have been reached in specific cases, this censorship cannot be shown to have had the slightest impact on freedom of political discussion. Indeed, no such claim was ever made—not by dissident Marxists, Socialists, Communists, anarchists, or whatever. It was only when the Utopian idea of "sexual liberation" was merged into an equally Utopian idea of the political liberation of humanity from all the unfairness and "injustices" of life itself that pornography came to be viewed as a positive moral force, because it challenged the validity of our fundamental cultural beliefs. Ms. Griffin rejects this conclusion as to the meaning of pornography, but is still trying to remain loyal to the premises that implied exactly this meaning. The contradiction makes for an interesting and exasperating book.