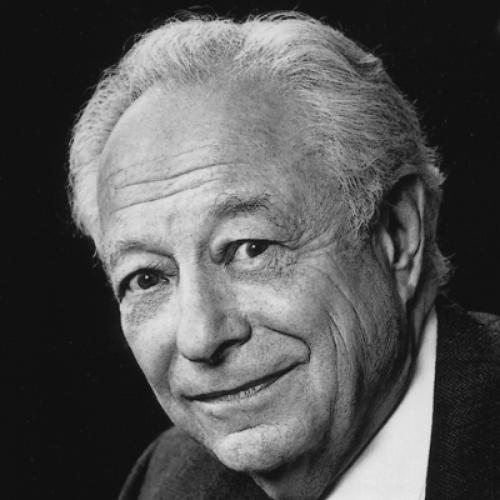 One can comfortably review a paragraph by Hannah Arendt; to review a page is within reach of the reasonable; to review an essay is a formidable assignment; but a collection of six essays - no, I cannot honestly pretend to review this book. I can give it as my opinion that Miss Arendt is one of the most brilliant and original of living political philosophers (which I do herewith). I can urge everyone to buy the book and ponder it. That brings me near the end of my tether.

The subtitle, however, may be misleading. Miss Arendt writes with passion and urgency, and she is a woman of strong political opinions. But she isn't a political thinker in this book. She is that more valuable thing, a political philosopher. If politics is the art of the possible, then political thinking is the fusion of abstract idea with gross circumstance; it is directed and limited by political commitment. In contrast, political philosophy is (or ought to be) located at a distant remove from mere opinion: it is the contemplation of man as a political animal. It stands to political activity much as the philosophy of science stands to scientific activity: its comprehension is post facto, and when it is tempted to be prescriptive, it falls into presumption. True, Miss Arendt is not always immune to this temptation. Her last two essays, on American Education and Mass Culture, are full of marvelous insights into education and culture generally; yet, heedless of the crude perplexities that the educator or the journalist has to face, they are less relevant than she seems to think. But this is a trivial lapse.

Indeed, it is a lapse that may well be organically connected with her special qualities and unique virtue as a political philosopher, A former student of Karl Jaspers, she has absorbed much of the existentialist approach toward men and ideas. It is a highly dramatic approach: philosophical ideas have for her the unfathomableness, the ambiguity, the unpredictability of the protagonists in a play by Sartre. At the same time, she is obviously much under the influence of classical German philosophy and of the later Heidegger, Thus, there is throughout these essays a tension between an almost uncanny (and exceedingly feminine) percipience and a noble, elevated (and exceedingly masculine) architectonic of ideas. I find this combination a powerful one, and so apparently do many other readers.

Miss Arendt has another source of great strength: her appreciation of the Graeco-Roman point of view, which in turn enables her to discern what it is in modernity that is specifically modern as against generically human. Her essays, at their best, liberate us from prejudices and preconceptions that we are not even aware we possess. One is not accustomed to discovering that an essay on "What Is Freedom?" will say something new on the subject; Miss Arendt's essay of that title is spectacularly original and provocative. This is because, instead of taking our modern liberal notion of liberty as given, and reading the human record in its light, she recaptures the Greek notion as the Greeks understood it, reestablishes it as a compelling human alternative, and then shows how the peculiar and parochial modern idea evolved. Nor is this an academic exercise (though I should say one needs some academic training in order to follow her argument). For Miss Arendt is convinced that liberty, in the modern sense, is a dying ideal, and her purpose is to remind us that the death of the liberal idea of liberty need not signify the death of liberty itself if, only we instruct ourselves, in time, of the varieties of liberty that are (in principle, at least) open to us.

Indeed, Miss Arendt is convinced that modernity itself is a dying theme, that our century is more apocalyptic than "progressive" in character. She is the Owl of Minerva (no ungallantry intended by this Hegelian metaphor!) come at dusk to gather into a supreme moment of self-consciousness and self-understanding the inchoate self-knowledge of the passing day. It is in her essay, "What Is Authority?", that her classical perspective and her apocalyptic sensibility unite most forcefully. Beginning with the crisis of authority in the modern world - of governmental authority, religious authority, parental authority, etc. - she distinguishes between tyranny, despotism, and autority; demonstrates that the Greeks had neither the word nor the conception of it; that the Romans, with their superb piety toward the founding fathers ("authors"), invented it for the West; that Augustine formulated it for the Church; that the Church's idea of authority became the archetype for authority per se; that the shattering of religious authority has caused the whole edifice to crumble - but there I am trying to summarize the essay when I have already said this is impossible. A reviewer must of necessity be timid about venturing such a judgment but I do think that the future (if there is one) will very likely treasure this essay as one of the remarkable intellectual achievements of our age.