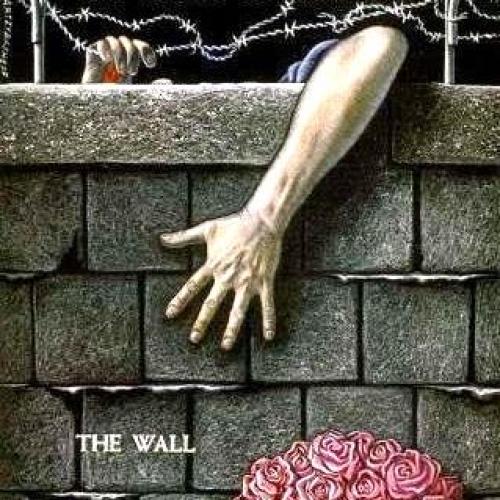 Where were you when you learned about the fall of the Wall? Me, I was in a grubby, dimly lit roadside police station in Costa Rica. Having just emerged from two days of shooting rapids on a rubber raft through jungle mountains, followed by a morning at a remote, coconut-covered beach on the Atlantic coast where the sand and the inhabitants alike are mostly black and mostly untroubled, I was out of touch with everything except the elements. In the ramshackle port town of Limón I’d stood with two gringo traveling companions on a litter-strewn sidewalk teeming with dogs and drunks and watched helplessly as the last bus of the night, packed solid with campesinos, pulled out for San Jose. Somehow we’d managed to find a transplanted Panamanian taxi driver willing to make the trip. We’d been speeding for an hour down a dusty highway flanked by moonlit banana fields when a roadblock loomed. Green-uniformed men, pistols holstered at their rib cages, waved us to the wide of the road behind trunks that had passed us long before. While the Civil Guardsmen picked through our luggage, looking for cocaine, I wandered into their grubby headquarters. On the floor was a wrinkled, days-old copy of La Republica, a San José newspaper. Page one had a bootprint on it and above, a headline: Cayó el Muro de Berlin. I rushed out and demanded of the taxi driver, “Is it true? Is it true they tore down the Berlin Wall?’’ “Oh, sure,” he said. It was already old news. For two days I’d lifted mine eyes unto the hills, and when I looked down again they’d abolished communism.

Obviously I had some catching up to do. At the newsstand around the corner from my hotel in San José the Miami Herald was on sale (along with the National Enquirer and, weirdly, The New Republic). I paged eagerly through the paper, looking for Washington’s reaction to the great events. I found it in the stirring words of the Secretary of Defense, Richard Cheney. “We must not be euphoric.” Of course not. Very sage advice. Quite right. Why be euphoric just because a non-violent, leaderless, unvengeful, civic revolution has erased the Berlin Wall overnight, eviscerating the strongest Stalinist regime in Europe and leaving its temporary custodians desperately promising free elections and a total transformation of society? Why get all happy just because Poland already has an elected non-Communist government and because a year or two from now Hungary and East Germany will almost certainly be parliamentary democracies with a vigorous free press and harmless little Portugal-sized Communist parties (if the Communists luck out) and because Czechoslovakia and Bulgaria (Bulgaria!) may not be far behind? Why give way to elation just because this vast, peaceful, unprecedented liberation is taking place with the explicit blessing of the leader of the Soviet Union? No. We must not be euphoric. We might lose sight of the important things, like the need for nuclear modernization.

My old boss Jimmy Carter is a popular man in Central America, where he spends considerably more time than he does in Washington. Last week, however, he was in Washington--for the big reunion of Carter people, which I was obliged to miss on account of being in Central America. The atmosphere at the reunion, I’ve since been told, was congenial and gratifyingly free of shame. Time has burnished some of Carter’s achievements, especially the Egyptian-Israeli peace and the placement of human rights upon the foreign policy agenda. Even so, the warm glow that surrounds Carter these days is undoubtedly due more to his exemplary performance as an ex-President than to any massive reappraisal of his Presidency. His political failure remains. But I’m beginning to think it was part of a bigger pattern, and I don’t mean some sort of global swing to conservatism. 1979 was such a dreadful year everywhere, thanks largely to oil prices and the attendant economic misery, that in much of the Western world the ins were cast out by the voters at the earliest opportunity and have been kept out ever since. In the United States, Britain, and West Germany, liberals or social democrats were in power in 1979 and have lost every subsequent election. But in France, Spain, Australia, Greece, and Italy, conservatives were in power in 1979--and ditto. The key variable would seem to be neither ideology nor competence, but incumbency at the wrong time. Nice theory, no? All right, nice alibi.

As my unscheduled rest stop showed, Costa Rica may be a trifle weak in the unreasonable search and seizure department, but it’s the only country in Central America in which one can be flagged down by armed representatives of the state without fearing for one’s life or liberty. The place is incorrigibly democratic. In fact, democracy is as important to Costa Rica’s sense of nationhood as it is to the United States. I happened to be in for a big nighttime celebration of the day--November 7, 1889--when Costa Ricans took to the streets to force the bloodless departure of a president who had lost an election but had refused to leave office. Now, a hundred years later, the main square of the city--called Democracy Plaza, naturally--was filled with perhaps 10,000 happy people. At one end of the square, on the steps of the floodlit National Museum (which was the main military fortress until 1919, when Costa Rica wisely abolished its army), President Oscar Arias, his Cabinet, and members of the one-house National Assembly sat on folding chairs. Security for these dignitaries was provided by Boy Scouts and Girl Scouts holding hands. The big attraction was a sort of pageant in which 1,500 kids wearing white shirts and hats and carrying torches pretended to storm the fortress. Then speeches praising democracy and boasting about having no army. Then the wistful-sounding Costa Rican national anthem, which all sang feelingly. Finally a fireworks display, consisting of two rickety wooden signs lit up by sputtering sparklers--VIVA COSTA RICA and 100 AÑOS DE DEMOCRACIA--and a few skyrockets that would have been rejected as insufficiently spectacular by the volunteer fire department in my hometown. Some of the skyrockets blew up on the roof of the museum before they could be launched. Costa Ricans are not good with explosives. It was all touchingly sweet--something one does not normally associate with politics in Central America.

At a reception following the festivities, one of President Aria’s aides told me that the National Endowment for Democracy (NED), a U.S. government agency, has been pumping cash into right-wing Costa Rican think tanks that oppose Arias and consistently try to undermine his efforts for peace in Nicaragua and El Salvador. I later learned that the money in question actually comes through the National Republican Institute, which gets it from NED--a distinction of greater moment in Washington than in San Jose. Even so, I’m not sure which was more irritating: the idea that U.S. taxpayers’ money is being used to promote opposition to a democratic leader who has done far more to promote the true national interests of the U.S. than any number of contras or colonels, or the fact that such funds are being spent in Costa Rica at all. Costa Rica requires no lessons in democracy. Instead of sending NED money to Costa Rica, maybe we should send it to East Berlin. And maybe we should get the Costa Ricans to tell us how to spend it.