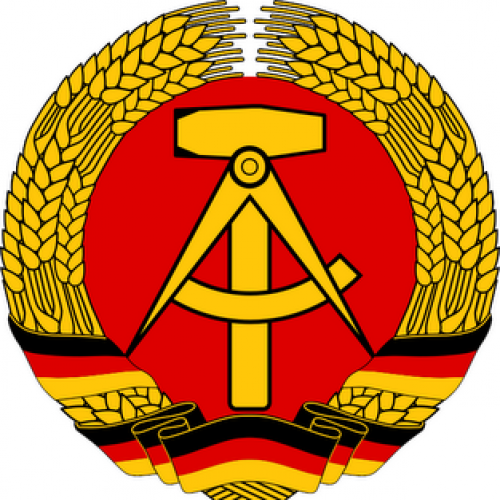 Can East Germany find a "third way" between capitalism and socialism? The question was laid squarely on the table at the Institute for Advanced Study in Berlin, and around it gathered a group of social scientists, the first East-West meeting of its kind since the opening of the Wall on November 9, and probably the first since the Wall went up 28 years ago. The chairman introduced the East Berliners as members of "what I believe is still called the Marxist-Leninist Institute for Sociologv"--a joke, meant to break the ice. "As a matter of fact, we dropped the Marxist-Leninist part a few weeks ago," came the reply from the senior Eastern sociologist.

The ice was broken. Then an economics professor from West Berlin tossed out a provocative statement. There is no third way, he said. You can have a planned economy or a market economy, but mixtures will not work. They become mired in bureaucratic intervention and can't cope with the flow of information in the computer age, to say nothing of the problem of matching supply and demand. Not so, said a young East Berliner. Socialism is like Christianity; it has never really been tried. East Germans did not practice socialism; the GDR already had a mixed economy--the Schalck System. That brought a laugh. The Easterner was alluding to the scandal that finally forced the entire Politburo of the GDR, including General Secretary Egon Krenz, to resign on December 3: the revelation that Alexander Schalck-Golodkowski, the secretary of state for foreign trade, had been using public money to run a private business in the arms trade. Schalck Golodkowski fled the country. Top members of the Communist Party were put under house arrest. And East German television, which used to be a joke and now is an addiction for millions of Germans on both sides of the borders, flooded the GDR with images of high living by the highest leaders of the Party.

A special assembly was called on December 8 to reconstitute the Party and to select a new set of leaders, but will anyone follow? The moral bonds that once attached the Party to the people have snapped. There has been a revolution.

“Revolution” was the term applied by the East Berliners at the institute to events of the past couple of weeks. They described the earlier explosion of November 4 to 9 as a pre revolution, or Vormdrz, an allusion to the Central European eruptions of 1848, the parallel most frequently cited in these parts. First the bleeding of the population from emigration by means of Prague and Warsaw, then the Leipzig demonstrations, then Gorbachev's visit and the near-miss of a Tiananmen Square massacre in Berlin, then the climactic rally of November 4, the fall of Honecker, and the "fall" on November 9 of the Wall: it was a spectacular sequence of events. But the real shift of power took place the following month, when the Party declared itself bankrupt and the first apparatchiks went to jail.

This view of events gave some urgency to the next point on the agenda: If the Communist Party has really lost its grip on power, what is the future of socialism in the GDR? Socialism has no future, said the economist from the West. Why not? replied a young sociologist from the East. We can keep our medical service, our social security, our protection against unemployment; and at the same time we can allow limited investment from the Bundesrepublik, taxing profits to pay for the social services. There are many possibilities advocated by many people in the Party's rank and file: feminism, ecology, a breakup of the state into self-governing communes.

The West Berlin professors looked a little startled at this prospect, which summoned up the radicalism on their own campuses rather than a notion of a viable economy. Mixed systems don't work, insisted the economist. Socialism is retreating before Thatcherism everywhere, even in France. "Planification" is an illusion, even in Sweden. We have whole libraries of books on the subject and decades of experience with experiments. In the end, if you open the door to West German capitalists, you will go capitalist.

The problem is time, said a Western historian. The youngest and most skilled East Germans are pouring out of the country at a rate of between one and two thousand a day. Instead of stopping the hemorrhage, the opening of the Wall has compounded it by undermining the economy. East Germans can now sell their cheap, subsidized goods in West Germany for Western deutsche marks and then use the strong currency to finance further rounds of speculation. The GDR is being bled white, and no one is capable of saving the situation, because no one is in charge.

The GDR will be West Germany's mezzogiomo (southern Italy), said a sociologist from West Berlin. Labor and wealth will migrate to the Bundesrepublik, and the GDR will remain as a tourist attraction or an economic colony, if it retains any independence at all. The Utopian moment has come and gone. It lasted about a week, from November 4 to 12. It was a carnival, a time of dancing on the Wall, pouring champagne over border guards, and collective Brtiderschaft (fraternal unity). Now the party's over.

An older sociologist from East Berlin came to the same conclusion. "I love the GDR," he said sadly. "I was born here in Berlin. My house was bombed by the Americans. I was raised in a good Communist family, and I believe in socialism. But I think the GDR is finished. It was a historical phase, an episode."

What the ordinary people in East Germany are thinking right now is difficult to say. A month ago they spoke out loud and strong in demonstration after demonstration, always with the same refrain: "We are the people! We are staying here!" Almost no one called for reunification, a subject that was left to right-wing politicians in the West. But since then, more than ten million East Germans, 55 percent of the population, have visited West Germany, and reunification is being debated openly. New Forum, the main opposition group, has called for a referendum on the issue.

Something that sounds like nationalism seems to be swelling in the streets. A leader of the Lutheran opposition complained recently of having been awakened by a group of drunks singing the pre-war national anthem under his window. They sang its first verse, the one that is informally forbidden in West Germany today and that not only proclaims "Deutschlandiiberalles," but also celebrates a Grossdeutschland, one that stretches far beyond the Oder-Neisse line, "von der Maas bis an die Memel/von der Etsch bis an den Belt" ("from the Maas to the Memel, from the Adige to the Belt," i.e., a Germany that would extend into territory that now lies in Belgium, the U.S.S.R., Italy, and Denmark).

What one sees on East German television and hears in East Berlin streets is, above all, anger. People are outraged that the leaders of the Party, who have constantly called for sacrifices in the name of the general welfare, should have embezzled funds for ski lodges and vacation villas. The fury may seem odd to Americans, who are accustomed to Presidents flying off to pleasure palaces on the Pacific and Atlantic coasts. But the sight of a few Volvos parked in front of some rather dumpy hunting lodges--all purchased with public money--brings an East German's blood to a boil.

The scandals burst before the public during a spectacular session of the GDR parliament, which was televised live on December 1. Word spread about the fight of Schalck-Golodkowski, the arrest of the Party's bestknown leaders, and fabulous sums--a hundred billion marks (about $5 billion, by current unofficial exchange rates), according to a common account--stashed away in Swiss banks. The television cameras picked up the shock waves rippling through the House--the jaws dropping, the heads shaking, the tears welling up in eyes. Krenz tried to save the situation with some desperate oratory; but after invoking Gorbachev and openness, he undid himself by insisting too much on his own lack of a hunting lodge. Two days later he was shouted down by an angry demonstration in front of Party headquarters and forced to resign.

Since then, more extravagant rumors have spread--a symptom of a revolutionary situation spinning out of control. East Berliners passed the word that a plane full of compromising documents was about to take off for Bucharest, the only fit place for the Party archives, and that airport workers refused to fill the plane's fuel tank. The secret police are said to be destroying files in order to save themselves and their former bosses from the new investigating commission. Crowds marched on police offices, demanding to be shown the files. Government officials warn against disorder in the streets, while "citizens' committees" have sprung up in several cities to preserve the peace--and the documentation.

Meanwhile, Erich Honecker, once the supreme head of Party and state, the man who only a month ago stood beside Gorbachev to celebrate 40 years of socialist rule, faces charges of having damaged the economy and enriched himself through criminal abuse of public office. Poor Honecker. Once the merciless eye of the television camera had lingered over the furniture in his hunting lodge, his spotless record of opposition to Nazism seemed to be forgotten. The folklore of corruption, the images of private wealth and public poverty, the stabs in the back and the antlers on the wall, are undoing the power structure of an old regime. The hunting lodges have doomed the Communists in the GDR just as Imelda Marcos's shoe collection delegitimized the dictatorship in the Philippines and Marie Antoinette's diamond necklace brought down the monarchy in France. Now Honecker, the former monarch of a docile GDR, sits in house arrest, helpless and reviled, a captive to a revolution, like Louis XVI in the Tuileries.