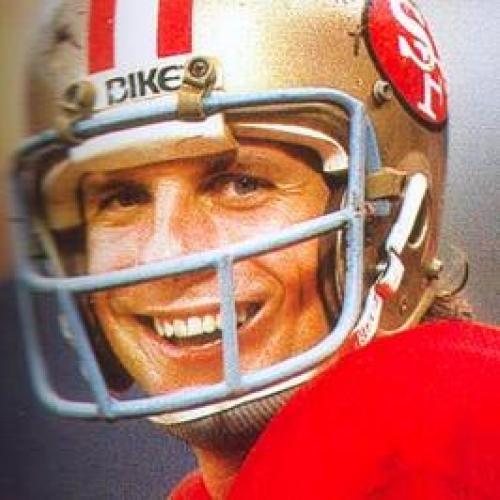 In young America, as in old Rome, games are an integral part of the system of governance. The difference is that while we can see how what Juvenal called panis is needed as a political tool, we are oblivious when the other half of the formula—circenses—is worked on us. Yet any inquiring foreigners curious about where civic interest and political participation have fled would conclude that much of the energy, enthusiasm, and intelligence that might be applied to running the nation is dissipated somewhere in the wide world of sports. In many towns the chamber of commerce will tell you that the local professional sports franchises boost pride of place and civic spirit. The mayor, the local newspaper editors, and the sports-wimps on TV say the same, although it is obvious that a democracy that can't get ten thousand people together for a routine political rally but gets ten times that number out to welcome back the hockey team has problems. So a strike by professional athletes is a major event. If the boys ever stopped throwing balls through the air and the cheerleaders ever cut out the hootchie-cootchie stuff, people might begin to look around and ask some questions.

Some athletic strikes are more serious than others. Last year's baseball strike did not evoke as much sustained anger and indignation as has the withholding of services by fifteen hundred professional football players. The dogmatists who run the Conservative Digest put this strike—not of railroad workers or missile technicians or farmers but of football players—on the cover of their magazine, scaring their already permanently terrified readers with the news that "socialism, responsible for economic stagnation in Britain, the flight of business from France, alcoholism in Sweden and food shortages throughout the third world, now threatens America's national pastime, pro football. The doctrines of Marx, Keynes, and Galbraith, previously confined to college classrooms and governments, has arrived on the fifty-yard line. . . . " Football is just a game? Don't you believe it.

Football is the special province of the complacent crazies who populate the upper-middle class. Baseball, by contrast, remains a game of the humbler blue-and-white-collar masses. The price of a baseball ticket is low enough so that whole families can go to a game. It is an entertainment that secretaries, stock boys, nurses, factory workers, and journalists can afford. Football is expensive; in the cities where it is played, companies buy up great blocks of tax-deductible seats for their officers and customers. You don't walk up to a box office and buy a ticket to a National Football League game. The patronage is by season ticket at $200-plus a shot. Even then, you have to know someone.

Football, pro football most of all, has been made a metaphor for right thinking and right feeling in the U.S. of A. The Dallas Cowboys are America's team, are they not? Hairbag fundamentalist ministers do their Vicar of Bray number by associating themselves with Christian athletes, God bless 'em. Puffy-cheeked Christian politicians prefer to make their pitches for tobacco subsidies and breeder reactors with a 285-pound defensive tackle nearby. Macho businessmen point to football players as regular American heroes who combine in their chesty persons the antitheses of teamwork and individual competition in perfect free-market harmony.

Football is also a paradigm of significant chunks of American business life in a way that isn't boasted of. Behind the rah-rah about competition, the private sector, making it on your own, son, and the rest of the litany of cant, professional football is a heavily subsidized business run as an unsentimental monopoly. The greatest piece of capital investment for a football team is the stadium it plays in. Twenty-four of the twenty-six stadiums used by the National Football League were erected at taxpayers' expense. Beyond this direct subsidy, the owners of professional football teams enjoy important tax advantages not available to the rest of us, unless your accountant is depreciating your children or has worked out a way to write off an aging parent. And on top of that, the owners have perfected a system that ensures that they are not in competition with each other for gate receipts, TV revenues, or the services of the best football players. (The single exception was the decamping of the Los Angeles, nee the Oakland, Raiders. Under the market-rigging agreements that characterize the league, the Oakland front office was not allowed to move its business out of its assigned territory. It was able to invade the richer Southern California market only after it sued under the Sherman Anti-Trust Act and won.)

Payments for the rights to show the games on television are divvied up among the teams by a formula unrelated to performance on the field. Win or lose, each team in what is really a twenty-six-member partnership gets the same money. This being the case, why get involved in a bidding contest for the better players? Not long ago. The New York Times described what happened to one player who tried to get a job on another team: "When Vince Ferragamo, a highly regarded quarterback, played out his option with the Los Angeles Rams after the 1980 season, no National Football League team bid for his services."

Under the League's rules, a team that hires a player from another team must pay compensation to the former employer. It is as though Citibank had to pay Chase Manhattan for hiring away a vice president. In football the sum is determined by a league employee, pompously and misleadingly designated "the Commissioner." The Commissioner is huckstered as a sort of athletic Warren Burger, a fair, fatherly judge who never puts the interests of those who pay him above the commonweal.

In the face of all this red, white, and blue market-rigging, the players have banded together to commit social treason. They have bitten the hand that doesn't feed them particularly well (compared to the goodies hogged by the owners) by forming a union. A union in Macholand!

A union in defiance of the most union-hating of any sports clientele! How can that clean-cut young tackle, that nice kid from Indiana who stood up there last winter at the Golden Balls Sports Banquet to represent Athletes for Christ, join a union, much less go out on strike? Shouldn't a boy like that, who took all the required courses in free enterprise, know that there are only two kinds of labor organizations, Mafia and Commie?

The AFL-CIO, not an organization to grab an opportunity if it can find a way to snooze through the main chance, has bestirred itself a bit on this one. It is publicly backing these striking Spartacuses, but it is not exploiting their cause the way it should.

In the public mind, football players, despite the violence of their work, are middle-class, white-collar types. They are what used to be called "college men." So this strike offers the AFL-CIO a grand shot at educating the white-collar millions, the office workers and such, that the idea that unions are only for proles is as old fashioned as full employment. If these skilled employees, most of whom have been in training for their work since junior high school, have discovered that they have no individual bargaining leverage, then what chance is there for the word processor operator? Well-scrubbed but tough, patriotic and competitive, giving their personal best every Sunday—these people need a union? Indeed they do—and what better illustration can there be that, regardless of how prestigious the work or how uniquely skilled the worker, you can't make it alone on the labor market?

Instead of a few lethargic gestures, organized labor should be trotting these young men around the modern American workplace, which is to say the high-rise office buildings, and using them as a way to reach people who have been taught to hate unionism in principle. Labor should also make it clear that if the football team owners get into running a scab sports business, they will be picketed and nobody will cross the lines—not the vendors, not the Astro Turf shampooers, not the television technicians.

Seldom has business been better organized or more powerful than now; seldom has labor been less so. That will not change as long as unions concentrate their efforts on industries that are on their way out the back door to Taiwan or South Korea. Those boys from Winsocki U. should be teaching the guidance counselors and the microchip shufflers and the bookkeepers that to get a raise you don't need a better resume or a mouthwash or a more pleasing physical appearance—you need a union.