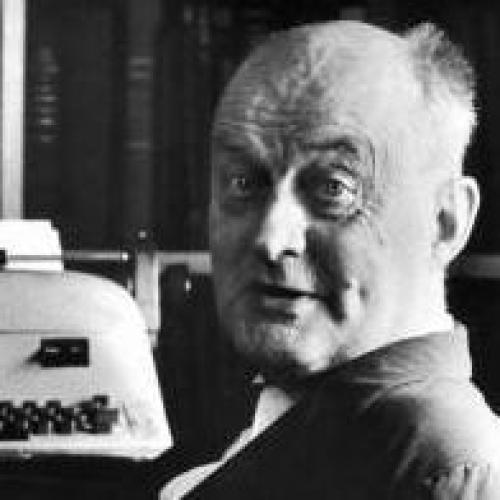 A generation ago, Reinhold Niebuhr was one of the most celebrated figures in American intellectual life. Today he is a name invoked by an unlikely array of political figures, few of whom seem to understand or even to have read him. Otherwise, he seems largely forgotten. He is rarely cited in intellectual debates; few of his works are on the shelves of bookstores; and not many university students have even heard of him. It would be easy to argue that this is a measure of our spiritual and intellectual weakness. It could be said that we have allowed Niebuhr to disappear into the past because his major themes—the extreme demands placed on us by the ethic of love, our capacity to meet those demands along with our persistent unwillingness to do so, and the consequent complexity of political life, with its bewildering combinations of power and love—collide with our yearning for comforting truths. Such an argument would no doubt have some validity. It would, however, omit a truth seldom fully recognized yet essential for assessing Niebuhr: that his writings represent literature of a kind we do not know how to read.

Not that anyone reading Niebuhr now is likely to be wholly unappreciative. He is a writer with conspicuous virtues—a deep understanding of human nature, a remarkable ability to unravel and expose the ingenious deceptions of pride in public life, a keen eye for the issues of principle underlying the controversies of politics. There is a rare soundness in much that he says.

Among his most striking qualities is an exceptional independence of mind. Niebuhr was relentlessly critical of the bourgeoisie but steadily refused to have any part of the Marxist deification of the proletariat. Again and again he exposed the shallowness of typical liberal attitudes but was never, in spite of his admiration for Churchill, captivated by any form of conservatism. He was keenly, even bitterly, conscious of the failures of the United States, and of the hypocrisy in which those failures were often cloaked, but his books are free of the simplistic anti-Americanism so common among social critics. This independence underlay a distinctive political position. Like conservatives in the mold of Edmund Burke, he carefully took into account the destructive potentials in human nature; and like radicals, who normally base their political views on highly optimistic assessments of human nature, Niebuhr's attitude toward the established order was always critical and reformist. The guiding principle of his life, he wrote not long before his death, was that "a realist conception of human nature should be made the servant of an ethic of progressive justice."

Still, a contemporary reader of Niebuhr may find it understandable that his name has passed into obscurity. His major political works, such as The Children of Light and the Children of Darkness, make us more conscious of the times and situations in which they were written than we feel true classics should. Also, they seem more critical and polemical than constructive. Although Niebuhr was often rated a great political philosopher during his lifetime, it is doubtful that a single one of his major works on politics is sufficiently comprehensive and constructive to count as systematic political philosophy.

His writings, moreover, exhibit a certain lack of reflectiveness. A contemporary reader is apt to be impressed not only by the profundity of some of his insights, but also by his capacity for endlessly reiterating those insights. His changes of mind—concerning pacifism and socialism, for example—occurred on a relatively pragmatic level. His basic principles were scarcely altered during a generation of intense literary activity and they seem to manifest a mind that was inspired but not very exploratory, Niebuhr himself remarked in his later years that he might better have devoted less time to political activity and more to reflection.

The pragmatic bias of his mind is connected with some serious philosophical failures. For example, Niebuhr was not very introspective for a thinker who repeatedly asserted the ontological primacy of the person and who is often classified, with some reason, as an existentialist. Further, he never worked out his basic philosophical foundations. Although the duality of freedom and objective reality is the cornerstone of his thought, there is no sign in his writings that he ever seriously reflected on Kant, the principal founder (with Descartes) of that duality in modern thought. Ontology and epistemology are, for Niebuhr, in spite of shrewd observations on both subjects, matters of mere common sense.

A contemporary reader may feel that the most serious flaw in Niebuhr's books, however, is their want of what I might call "glory." Characteristically, he cautions, rebukes, and chastens. Rarely does he inspire, or even instill firm hope. He cannot be favorably compared in this respect with the greatest religious writers of our time, such as Karl Barth or Martin Buber.

These failings can no doubt be explained in part by Niebuhr's acute sensitivity to the persistent pride and selfishness of human beings—what he referred to mythically as "original sin." If his thought was overly centered in the political situation of his own generation, it may have been partly because he was intent on assaulting assumptions about human nature which he thought were not only intellectually fatuous but threatened at every moment to be politically ruinous. If he neglected philosophical foundations, it was perhaps on behalf of urgencies created by modern blindness to the limitations and ambiguities of historical existence. If he rarely gives rise to moods of exaltation, it was no doubt in part because he was so conscious of the evil that the human race was capable of, and was likely to accomplish if ceaselessly flattered by social scientists and popular writers. The disasters and dangers of history occupied the forefront of his attention.

To appreciate Niebuhr we must see him as something he was repeatedly called but rarely taken in all seriousness to be—a prophet. His writings belong in the prophetic tradition and that is why they are literature of a kind we have difficulty reading. Commentators have often referred to Niebuhr as a prophet, and then proceeded to interpret his work as political philosophy. They ignore the fact that philosophy and prophecy belong to distinct and contrasting traditions. One originated with the ancient Greeks, the other with the Hebrews. Philosophy traditionally construes reality as cosmos; prophecy construes it as history. Philosophers aspire to a transcendent position from which all reality can be surveyed; prophets are candidly situational. For the Greeks the supreme human faculty was reason, whereas for the ancient Hebrews what mattered was no single faculty but rather the aptitude of concrete human beings for hearing and answering (in Martin Buber's phrase) "the eternal Thou." Philosophy typically seeks mastery, through knowledge and perhaps through action as well; in the prophetic tradition, mastery is legitimate only within limits established by a mysterious, although merciful, God. To confound philosophical and prophetic literature is to render an intelligent reading of either one difficult or impossible. Can one appraise the second Isaiah by standards that apply to Plato?

Once the distinction is drawn, it is clear enough where Niebuhr belongs. He did not try to stand above his time and place in order to interpret the universal and eternal nature of things. His major political writings were dedicated primarily to the prophetic task of disclosing the pride and injustice of established powers and pointing to the disasters bound to ensue in the absence of repentance and reform. His unique stance, at once realistic and progressive, is inherent in the prophetic approach to political reality: the present is condemned, but in order to open up the future, not to praise the past.

When Niebuhr is seen from this perspective, the defects so conspicuous from a philosophical perspective largely disappear. In prophetic literature the emphasis on the evil human beings do and are capable of is legitimate and even inevitable. The prophetic task is not that of developing a balanced theory of human nature but of shaking human beings out of the pride and torpor which render them insensitive to the demands of their time. Addressed to a particular historical situation, a prophetic work is bound to bear the stamp of a time and place; only the works of philosophers, striving to be "spectators of all time and existence," are invalidated by prominent marks of their historical matrix. That Neibuhr did not try to construct a system and did not pursue a lifetime of reflection accords with his prophetic vocation. His purpose was to clarify the imperatives of history in his time. Further, one cannot expect of Niebuhr any more than of Jeremiah that the ultimate presuppositions of his discourse will be systematically described; validity is determined not by philosophical criteria such as rational coherence but by an understanding of the hazards and requirements of a situation in history. Even the lack of "glory" in Niebuhr's works becomes comprehensible. A prophetic writer is necessarily more concerned with exposing evils than with celebrating values. True, there is glory in some of the biblical prophets, such as the second Isaiah. But there is not much in Jeremiah. Readers of Jeremiah are admonished and humbled, as they are by Niebuhr.

I do not know whether Niebuhr was a great prophet or only a minor one; I am uncertain of the standards of prophetic discourse. I suggest, however, that the quality of a prophetic writer can be judged by whether he deals with his own historical situation profoundly enough to illuminate every historical situation. In reading Augustine's City of God it does not matter to us that he was concerned primarily with the fall of Rome rather than the confrontation of ideologically opposed superpowers. There is a good chance that anyone reading Niebuhr now as he would Augustine, or Isaiah, will not be disturbed by the fact that Niebuhr was responding to conditions that lie a generation behind us, but will find that he did this with such insight into the enduring dilemmas of historical life that he greatly helps us understand the responsibilities of our own time.