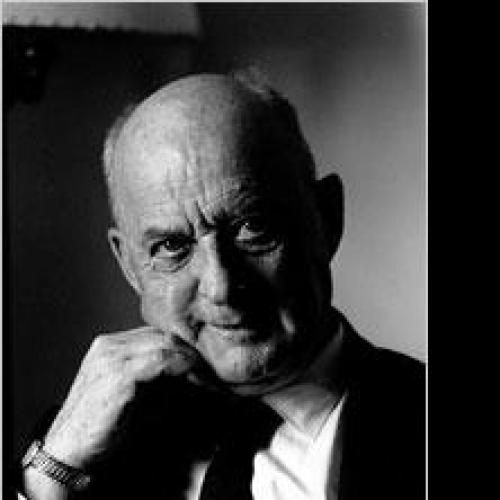 Reinhold Neibuhr has given us eleven brilliant essays on "political, social, ethical and theological themes." "Christian Realism," his name for his point of view, exposes the illusions of World Government plans and describes our real international situation in terms of a sober reading of human history. It searches out the deep causes of the malignancy of Communism. It throws light on the relationship of democracy to Christianity and secularism. Niebuhr also pleads for an American political conservatism which has some of the wisdom of Churchill and less of the early liberal laissez faire dogmatism of free enterprise theorists. The physiocratic theory which underlies the ideology of the latter easily becomes a tool for special class interests. The author also puts his own political position in a profound and humble context, refusing to identify it as Christian in any other sense than that it is the view of one for whom Christianity conditions his political analyses and judgments.

Roman Catholic and Protestant theologians, European socialism, current philosophical and sociological theories pass under review and are sifted and judged. Niebuhr's method is dialectical, his tone critical but irenic, his point of view Protestant neo-orthodox. His political wisdom stems from wide reading, deep insight and real involvement in the problems of our age. But this worldly wisdom recognizes its limits and is ultimately humble because it is set within the dimension of a version of the Christian faith which many Western intellectuals have found to be the road to Christian Baptism. Many more could accept it if they were to take the trouble to find out what it is. If the latter would seriously read the essays, "Augustine's political Realism," "Coherence, Incoherence and Christian Faith" and "Love and Law in Protestantism arid Catholicism," they might begin a new orientation to the modern world which would not do violence to their intellectual integrity, their allegiance to the scientific method or their commitment to Western humanism. On the whole Niebuhr is militantly but not apopletically anti-Communist, opposed to every form of reactionary thought and policy, generally for Roosevelt-Traman-Acheson foreign policy, critically appreciative of European socialism but basically pragmatic and non-ideologically humanitarian.

The remarkable thing about reading Niebuhr, clear in this as well as former volumes, is that one's thought is illumined and purified by the conversation in which he engages one. This is why he can be read with profit by anyone who is openly intelligent whether he is liberal or conservative (politically or theologically speaking), Christian or non-Christian, academician or practical man. The reader, however, must be prepared to do friendly battle with an incisive mind which is grounded in a position which is fresh yet ancient, polemical yet not offensive, profound yet intelligible.

Communism as Niebuhr unveils it is not simply a corruption of Marxism but an inevitable result of Marx's defective and illusory world-view. Least of all is the evil of Communism something with which our abhorrence has clothed it. Nor is it merely Russian imperialism with a modern face. Marxist philosophy and political theory had no protection against the monopoly of power, economic and political, which is too great for men to possess without corruption. Class monopoly of power degenerates into party monopoly, then into oligarchical monopoly, and finally into the dictatorship of a single tyrant. When an oligarch loses his place in the hierarchy (Trotsky or Beria), he is absolutely powerless even to maintain his life. Part of the Marxist illusion is that economic power resides exclusively in private ownership of property and that injustice arises chiefly out of economic power. Even this, however, does not explain the full nature of Communist evil. The Utopian illusion, including the perfectibility of man and the drive of history toward a universal actualization of justice, gives Communism its fanatical religious character as well as its attraction for those who have the Utopian hopes which are engendered by modern secularism. At the root of Marxian ideology is the historical crisis, the revolution, by which man is transmuted from sinful creature to sinless creator of his history and destiny. Communist man is the god who failed, that is, an idol.

Similar illusions obtain in Western secularism, outside of Communism. Secularism means this-worldliness. The secular is good and knowledge of it is good if the world is seen and experienced as within the limits of God's sovereignty. Otherwise it makes pretensions which distort and destroy it. Secularism is the secular, guilty of pretensions. But non-Communist secularism is radically different in that it has maintained an allegiance to criticism and freedom, criticism in the light of experience and freedom which makes it responsible to the democratic processes and structures of the free world. Failure to make this distinction leads reactionaries, political and religious, into a too simple logic that fears all politically contrived balances of political and economic power as leading inexorably to dictatorship. The New Deal, the Fair Deal and all socialism are regarded as but preparatory stages of Communism. Such over-simplification combined with eighteenth century physiocratic error leaves us with the historical consequences of its irresponsibility and plays into the hands of totalitarianism.

From this it may be seen why Niebuhr calls all modern world views into serious self examination from his Christian viewpoint. Especially important is our understanding of men. This self-examination cannot be done by empirical scientific studies although, of course, it cannot be done without such observation. Empirical studies of man, society and history always presuppose value judgments which they cannot finally refute or confirm. "We cannot criticize these total schemes of meaning scientifically, for every scientific procedure presupposes them." In other words, every individual and political program lives by a faith-interpretation of facts which are selected and investigated from the perspective of the faith. Once this is recognized by modern man, his own value judgments are relativized and dissociated from the sanction of scientific factuality and demonstrability. Thus de-absolutized he may be open to a real encounter with God.