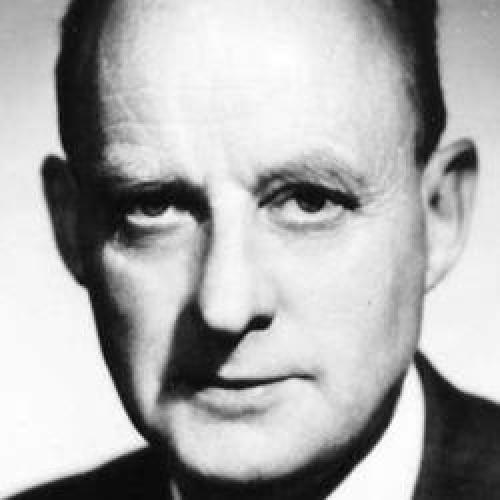 This article originally ran in January 29, 1966

The New Republic addressed a number of questions arising out of the war in Vietnam to Dr. Reinhold Niebuhr, who returned the following answers:

Q: You concluded your book. The Irony of American History, with these words: "If we should perish, the ruthlessness of the foe would be only the secondary cause of the disaster. The primary cause would be that the strength of a giant nation was directed by eyes too blind to see all the hazards of the struggle; and the blindness would be induced not by some accident of nature or history, but by hatred and vainglory." Do you detect in recent Administration pronouncements on Vietnam the sort of "hatred and vainglory" you had in mind?

A: The judgment you refer to was prompted by the irresponsible neutralism to which we were addicted after the First World War and which vaingloriously thought we would be preserved as a museum piece of pure democracy, while other nations were enslaved by Nazism. We emerged as one of the two superpowers after the Second World War. Our power had cured us of irresponsible neutralism, but not of self-righteousness. We now act as the self-appointed guardians of democracy against the Communist peril in all parts of the world. Hans Morgenthau defined our stance as "globalism" in your pages. The President's State of the Union address in which he proposed that a healthy and wealthy nation might erect a welfare-state paradise at home, and still pursue its saving police duties in Vietnam, thus proving true to the principle of national self-determination, had a touch of this vainglory.

Q: It is said by Administration spokesmen that if Vietnam is allowed to fall to the Communists, it will signal a similar fate for other Asian countries, and perhaps others in the underdeveloped world. What is your comment on this?

A: There is obviously some truth in the argument that if we withdraw from Vietnam, other Asian nations, particularly Thailand, Malaysia and perhaps the Philippines, will not be safe against Chinese expansion. Our military presence is obviously necessary in Asia. But it was certainly an error of inadvertence to become involved in South Vietnam by gradually increasing commitments, so that our prestige is involved in the pretense that we are helping a small nation to preserve its independence. There are indications that this small sliver of a nation with a peasant culture is incapable of either the democracy or integral nationhood which our dogmas attribute to it.

Q: You favored military action against the Nazis and, later, against the aggressors in Korea, is not the present challenge in Vietnam comparable-a challenge to our will to resist a totalitarian regime which takes up arms against its neighbors?

A: All historical analogies are inexact and therefore misleading. The analogy between our defense against Nazism and our defense of South Vietnam against the Communist North is flagrantly misleading. Nazism's military nationalism threatened the moral substance of Western culture, the Jews with extinction, and non-German continental nations with slavery. None of these issues is involved in a civil war between two portions of a partitioned nation, one Communist and the other non-Communist. The Korean analogy of our resistance to Communist aggression is more exact but also misleading. It was undertaken under United Nations auspices. Truman, under pressure from our military leaders and the leaders of our allies, fired MacArthur because his desire for victory threatened us with a conflict with China. Truman did not, however, liquidate the bloody conflict. Nor could Stevenson promise to do so. The nation's "honor" was involved. Only a military hero, General Eisenhower, had sufficient prestige to promise and to keep the promise of a negotiated peace. Walter Lippmann recently called attention to the fact that only General Eisenhower and General Charles de Gaulle had sufficient prestige to negotiate a peace in a war in which the national interest was not "obviously" but more ultimately involved. Lippmann suggested that the rebels of Algeria were similar to the Viet Cong of Vietnam.

Q: You said recently [in Christianity and Crisis] that "we are making South Vietnam into an American colony by transmuting a civil war into one in which Americans fight Asians while China, the presumed enemy, risks not a single life." Since the South Vietnamese government has not been able to overcome the Viet Cong without massive US intervention, what alternative to "an American colony" is there?

A: There is no alternative to making South Vietnam an American colony if we persist in our military escalation. We might, however, choose a different locus for our military might, perhaps Thailand or even the Philippines. If we take our stand there we will at least be assured of a larger measure of plausibility and the moral support of other nations who are not impressed by our pretense of the defense of the right of self-determination in military actions which spell physical ruin to a nation which we are claiming to defend.

Q: Do you think, given constant Chinese proclamations of hostility toward the US and China's growing nuclear capability, that it is possible for us to live in peace with the Chinese?

A: It is obviously difficult to come to any kind of accord with the Chinese revolutionary Communism which, unlike the Russian domesticated revolution, threatens to spread revolutionary chaos on all continents. But the only alternative to patience is a nuclear war of the preventive variety. But is a nuclear catastrophe ever "preventive"?

Q. You have said that "our preaching of democracy frequently seems highly irrelevant to broken or partially reconstructed communities who are desperately seeking for a viable structure for their common life." How does this apply, if it does, to our commitment to defend the "freedom of South Vietnam"?

A: Previous answers betray my conviction that our assumed defense of "freedom" in South Vietnam reveals our error in interpreting the realities of a primitive peasant culture with concepts drawn from a highly technical democratic Western culture.

Q: Given the expressed insistence of Hanoi that American forces leave Vietnam and the determination of the Administration to prevent a Communist take-over in the South, what hope do you see for a negotiated peace in the near future?

A: Given Hanoi's insistence that our withdrawal from Vietnam is a prerequisite for a peace conference and given the American "peace offensive" largely devoted to explaining to friendly nations that something more than our "prestige," namely the safety of Southeast Asia, is involved in our refusal to withdraw, a negotiated peace is obviously difficult. It is probably as difficult as General de Gaulle's peace with Algeria. A high degree of political prestige and courage is required to extricate the nation from an impossible military and moral dilemma.