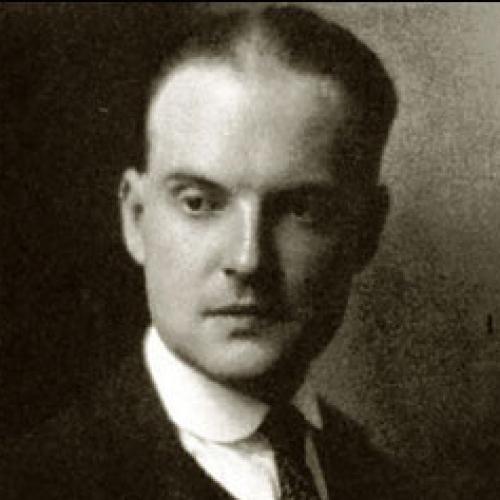 We were sitting around at the club the second day of the Reunion. We should have been at the game, and I was surprised to see so many people leave it. In my own case, I no longer enjoy watching baseball as much as I once did and, after marching on the field with my class, I went back to the club again with the intention of reading "The Great Gatsby," I didn't get very far, however: several other men soon joined me and, before the game was over, the lounge was full. When a newcomer would appear, we would reproach him for his lack of loyalty; and when we demanded "Why aren't you at the game?" he would answer simply, "What game?" or "We seemed to be dropping the ball so much and I always find that so depressing." I had never gone in for "college spirit" myself, but I was sorry to see the others so demoralized. We were all more or less drunk: the gin bottles stood around foursquare on the big mission tables and the mantelpiece like some austere and monumental motif of the university architecture. I commiserated with one man on the difficulty of getting anything decent to drink in Columbus; and from another I listened to a long encomium on the golf and good sense of his wife which made me think he was becoming dissatisfied with her. Clark Wilder presently appeared. "How's the game going?" somebody asked. "Heigho! Lackaday! Here today—gone tomorrow!" said Clark; and then added, "It won't be long now!" This was a formula he had been featuring throughout the Reunion—to which he brought the extraordinary fortitude and endurance which had distinguished his record in the Argonne. Drinking heavily and constantly, his superb form was never affected: he always knew what he was doing and he never did anything disgraceful; his great frame was usually to be seen in the front rank of any parade and, whenever there was a speech to be made, he invariably spoke vigorously, coherently and nonsensically. When he was completely overcome with liquor, he would simply lie down and go to sleep, wherever he happened to be, and presently wake up as good as ever. When he arrived, everyone took another drink, and our lounging conversation, with its laughter at tlie end of pauses, in the wide and somber room where the afternoon sun sunk its shafts, began to convey the impression of a slowed-up moving picture. I asked Clark what he was doing and he told me he was working in a broker's office. "Ah, well!" he said, "it won't be long now!"

At last, after one of his most amusing speeches, a little deliberately and thickly delivered, he suddenly stretched out and went to sleep; a comparative silence ensued; and I presently dozed off myself. I was vaguely aware of people returning after the game, but I didn't wake up to ask who had won. When I did wake up, I found Newt Graves sitting in the leather chair next to mine. I was glad to see Newt again: I hadn't seen him for years—not since the War. He began to question me at once, with what I thought was an unnatural eagerness, as to what I was doing now: I told him that I had a job, but that I had not yet published the great Dantesque poem which I had contemplated during the years immediately after I got out of college. "In the Army, I used to long almost with tears," he said (I thought he was a little drunk, too), "for quiet and leisure to work. Just to get up in the morning and to know that you'd be there till evening! I bought a copy of Durer's engraving of St. Jerome in a print-shop at Nancy, and I used to carry it around with me. I should certainly never have envied St. Jerome before I was in the Army, but the sight of that man writing there in that great clean solid room, with its heavy beams and thick walls, while the sun of a whole long day moved the panes of light from the windows across his desk and floor, and with a lion, which he apparently kept as a household pet, dozing contentedly beside him, used really to move me deeply. No privacy! no security! no peace! I worked in a flimsy little office that was finally blown to splinters by a shell and, as for taming lions, I used to get the feeling that we were all wild animals! And then one never had a moment for one's own thoughts! And one got so used to the conditions of war that the opportunities of peace seemed almost incredible. How wonderful to write a book, to pursue a line of study, to talk with one's friends in the evening of the affairs of the world! When one first got out of college, one had wanted more action and excitement; but one had had quite enough of that. One realized that, left to itself, humanity was a raving mad-house and that it was only by long patience and effort that any order could be brought into it—that any duckboards could be built across the swamp. But such patience and effort as were needed, how sweet they seemed to me then!"

There is nothing like a little gin to make an eloquent moralist. Newt smiled a little disappointedly. "Well, there are evidently some compensations," he said, "about being in my condition." I was going to ask him what his condition was, but Clark Wilder suddenly came to. "Well, thanks for the buggy ride!" he declaimed, with his hoarse, deliberate laugh. "Here today and gone tomorrow—if any!—if any!" he repeated, delighted to have found a variation. Everybody laughed and we all had another drink. When I looked around. Newt was gone. Later on, I asked Clark what Newt Graves was doing now. "What do you mean? Newt Graves is dead," he said. "He was killed in the War." "But I saw him here just now," I insisted. Clark laughed his slow drunken laugh: "Ideal reunion," he said. "Not only see class-mates who are alive, but get drunk enough to see class-mates who are dead!" "I know he's dead," he added in a moment. "He was adjutant of my outfit for a while, and we had a leave together once to Nancy. We used to have long conversations. He was about the only person at Toul that I could talk to and I missed him after he was killed."