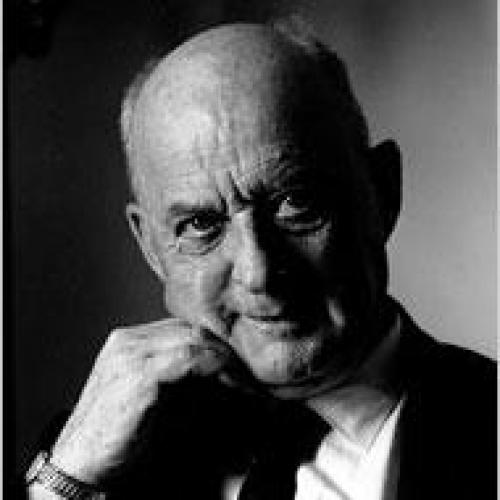 This article was originally printed on June 24, 1967

We have cried to the world that we seek only "an honorable peace" in Vietnam, but it becomes more and more apparent that a peace which accords with our concept of honor is a peace which can be imposed only on a defeated enemy. General Westmoreland's purpose in coming to address both houses of Congress and to talk with the President was to appeal for even more troops, in order, as Rep. Mendel Rivers (D, S.G.), the chairman of the House Armed Services Committee, affirmed, "to bring the armies of North Vietnam to their knees."

The contradiction between our ideal aims of a peace of conciliation and such an imposed peace, which only a defeated enemy would accept, can be understood only in the light of an ironic self-deception--ironic because we are the victims of our own ideology. We are a democratic nation whose power has grown to imperial proportions. We have made the mistake of being drawn into a civil war in an obscure nation of Southeast Asia, a mistake that has imperiled our imperial prestige. But in a democracy, particularly one with nostalgic visions of an early innocence, it is necessary to veil imperial and strategic interests behind "democratic" and ideal goals. Hence, this war is interpreted as an ideological struggle between the "free" world and the forces of communism. That means we must carve out of a nation which was united in its struggle against French imperialism, a new nation out of the southern sliver of a nation, the partition of which was ordained in the 1954 Geneva conference. Ho Chi Minh, regarded by the peasants of Vietnam as the George Washington of his nation, submitted to the partition because he hoped that the plebiscite promised in two years would result in the unity of the nation. But Ho Chi Minh is both a national patriot and a communist.

The communist ideology makes room for this double vocation in its concept of a "war of national liberation." Our ideology, on the other hand, defines him simply as a communist. We are rather unclear, since the Sino-Russian division, whether he is a tool of China or Russia. The more ignorant of our patriots make him a tool of China. Our former ambassador, Mr. Lodge, for instance, implied that he was a Chinese tool, though Vietnamese patriots have always regarded China with hatred and fear. More recently, when Chinese anarchy gave Russia the advantage in Asia, Russian sponsorship of the Vietnam "war of liberation" has become more obvious. Our airplanes have become increasingly the victims of Russian missiles, and the Russians have warned us that our escalation would prompt them to increase their aid to North Vietnam. So the war has become a contest between two nuclear imperial powers, who are, or have been, ironically, the tacit partners to prevent a nuclear catastrophe.

This irony is made more vivid if we remember that these two super-nations, both with power of imperial proportions dwarfing that of the 19th-century empires of European nations, are ideologically, that is, by definition, anti-imperialist. The USSR considers itself anti-imperialist because its dogma affirms that imperialism is the final fruit of capitalism; as it has abolished private property, it is therefore, by definition, innocent.

The US, on the other hand, believes itself anti-imperialist because its mass production in a hemispheric economy has made foreign markets unnecessary. We have forgotten our early expansive mood of "Manifest Destiny" and our brief period of overt imperialism after the Spanish-American War, when the Spanish possessions of Puerto Rico, Cuba, and Hawaii were thrown inadvertently into our lap. There was also the ideology, running from Jefferson to Wilson, which defined democracy as innocent of imperial moods and methods, much in the same way as communist ideology simply regarded its anti-capitalism as proof of its innocence of imperialism.

This problem of communist and democratic ideology is made more confusing by the claims of both camps that each is free, not only of the imperialist taint, but also free of any ideological taint in its view of the world. The US regards itself as innocent of ideology because a democracy presumably has the freedom to challenge all class ideologies in the free market of ideas. But we fail to recognize that this freedom does not include the capacity to refute our own pretensions in international relations.

In a national community, means of communication gradually erode the ideologies of subnational classes and ethnic groups. The sovereignty of the government is derived from the authority of the community itself. In Western Europe the unity of the community was achieved by the pre-democratic triumph of the national community over the divisive tendencies of dialects and tribal loyalties. It proved strong enough to manipulate equilibria of power in the interest of justice. Free societies finally allowed the class of industrial workers to organize and to bargain collectively--thus refuting the Marxist indictment that free governments merely were the stooges of the bourgeois class. This notable triumph of a democratic sovereign power made the Marxist dogma irrelevant in the whole of Western Europe.

But, while it is generally acknowledged in our western world that a free society is preferable to all forms of dictatorship, whether of the right or left, it is certainly ideological for us to regard a free democratic government as a simple historical possibility for all nations in all continents and in every stage of cultural and economic development. It is in this context that we must understand why and how we were drawn into the Vietnam "quagmire," on the basis of our imperial prestige and with our dubious use of this democratic ideology.

The French were expelled from their empire in Indochina by a communist-inspired "National Liberation" movement, a classical scheme of communist anti-imperialism. It inspired national patriotism in the three little nations of Indochina among the royal princes of Laos and Cambodia, as well as in the patriotic heart of Ho Chi Minh of Vietnam, that wily old communist who had been trained in Moscow. Communist ideology could differentiate between the communist and nationalist strands of motivation; but to us they all were simply communists.

These nationalists knew very well that we had supported the French financially, even though Eisenhower refused to give them logistic support in their last stand at Dien Bien Phu. The French premier, Mendes-France, capitulated at the Geneva conference in 1954. Cambodia and Laos were neutralized, but Vietnam provisionally was partitioned because it contained a resolute Mandarin class of landlords, incidentally Catholic in religion, and strongly anti-communist. Cardinal Spellman offered to finance the initial costs of moving Catholic families of the north to the south. As we know, many of the members of the military junta which rules South Vietnam today are northerners, as of course is Marshal Ky himself.

Ho Chi Minh reluctantly accepted the partition because he thought that the promised national plebiscite finally would unify the nation. But he did not count on American power and the provisional efficacy of our democratic ideology. We supported the regime of the Mandarin Ngo family with one brother. Diem, as president, and another brother, Nhu, as the chief organizer of its repression of Buddhist monks and peasants. Diem was hailed in the United States as "the Churchill of Asia." The Diem regime refused, with our connivance, to allow the plebiscite. It could not count on a majority. There were too many Buddhist monks and peasants in the south, not to speak of the communist nationalists, the Viet Cong. Following the end of the Diem regime in a bloody rebellion, the south has been ruled by various army juntas. Thus our facade of democracy has become very incredible, though the current junta head. Marshal Ky, dutifully brought with him to Guam the text of a new constitution and the implied promise of a future democratic election. Promised land reform has never been carried out. In short, we have a perfect caricature of democracy, which corresponds to the caricature of communist propaganda.

Eisenhower promised only financial aid to Saigon. Kennedy increased financial aid and American military advisers. It remained for President Johnson to escalate the war to horrible proportions, at the cost of thousands of American casualties and billions of dollars. All this is done in the name of "democracy," of "the principle of self-determination" and of "resisting aggression." The President assures us that, "we will not desert our friends or our principles." And Mr. Rusk tirelessly reiterates that we are only teaching people "to leave their neighbors alone." In short, this war has become monstrous in the cost of lives, in the effect on our "Great Society" program of rescuing urban centers of air and water pollution, and of validating our civil rights movement by offering our unemployed and technically uneducated Negro youth education which will render them employable in a technical economy.

The master politician in the White House has achieved a final irony in our "democratic" foreign policy. He has ordered a massive bombing of North Vietnam in order to force the adversary into an "honorable peace." In domestic terms this means, not an increase of our moral prestige in the world, but a peace which insures the mourning relatives of our dead soldiers that they have not died in vain. Any peace which carves out our domain in Vietnam, whether or not of democratic nature, will do--at least until the next election. Yet this massive bombing not only intensifies the odium in which we are held by the rest of the world, but also increases the danger of confrontation with either China or Russia.

A final ironic touch is given by the fact that only our plutocratic wealth allows us to commit these stupidities in intemational relations. If only we were a little poorer, we would have been prevented from committing these mistakes which cost billions in money. The lives of American soldiers are not to be computed in economic terms, and we might have spent the blood in a more straited economic circumstance. Perhaps the cost in lives must be attributed, not to our wealth, but to our self-righteousness.