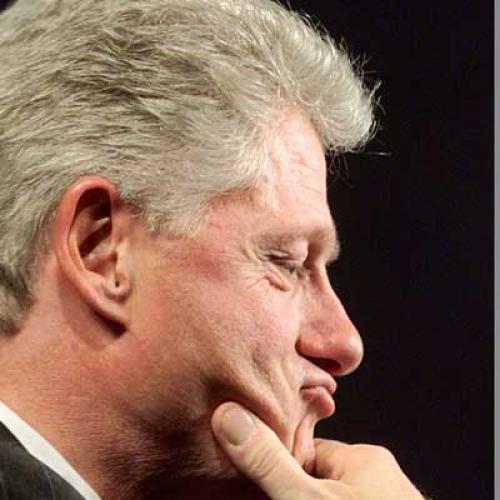 Haiti is the first time since Vietnam that a Democrat in the White House has ordered a large force of American troops into harm's way abroad. President Clinton inherited Somalia. This is an intervention of his own making. His handling of it will do much to determine not only the fate of his presidency, but also how a generation of Americans views the capacity of his party to use military force with intelligence and resolve.

So far, not so bad. Through Jimmy Carter (irony of ironies), Clinton struck a bargain that calls for the departure of the Haitian dictators by a fixed date--upon which Clinton insisted--of October 15. Thus, the main objective of U.S. policy was on its way to being achieved without a shot being fired or a life being risked. The Clinton administration crows that this is an example of the effectiveness of diplomacy, backed by force. We hope they believe this; and apply its lessons in the future.

Having won this confrontation at the brink, Clinton must now show even more resolve in seeing Operation Uphold Democracy through to a successful conclusion. On this score, the early returns are less promising. First, there is the problem of sudden moral confusion. The American mission in Haiti began as a crusade to take out Haiti's military thugs. It has mutated into an effort to pacify the island with the "cooperation" of those very thugs, whom our government now describes as honorable men--and whose salaries our government will now be paying! Just how awkward this transition could be was shown in the streets of Port-au-Prince last week, when Haiti's police notched their first post-intervention political murder--right in front of U.S. soldiers.

No wonder President Jean-Bertrand Aristide is radiating ambivalence about a U.S. intervention that he had been led to believe would result in the dismantling of Haiti's repressive apparatus. We, too, are puzzled by the morally and politically cloudy talk emanating from the Pentagon. The military speaks in neutral terms of "Haiti's history of violence" and "Haitian-on-Haitian violence"--neither of which the American forces will lift a finger to correct, much less affix blame. It has the eerie feel of Bosnia. (Whatever happened, by the way, to those Jamaican and Belizean policemen we went to such trouble to train in order-keeping, etc.?)

The best way to keep casualties to a minimum would have been to stay home in Fort Drum. The fixation on American casualties and "mission creep" represents the U.S. officer corps' fear of another Vietnam-style quagmire, or another Somalia, as well as their professional duty to their subordinates. But too much public hand-wringing about this communicates American ambivalence to potential spoilers. The outcome may be more U.S. casualties than would result if potential troublemakers were simply put on notice that any attacks would only stiffen our resolve.

Knowing that the military was gun-shy, and that public and congressional opinion was chilly toward intervention, the administration has endeavored from the beginning to fine-tune the political consequences. It promised a multilateral mandate, and a limited mission. The Cedras-Carter pact helped the president maneuver into Haiti, between critics on his party's left who said he wasn't showing enough concern for a black republic and (more numerous) critics, both Democrat and Republican, who said Haiti wasn't worth a single American life.

But now that we're in, we can't leave without something more tangible to show for our efforts than a "safe and secure environment," or even a zero American body count. The best goals are still the original ones: to remove the current de facto government; to dismantle the repressive police and military apparatus that served it; and to construct a new, democratic constabulary force under the leadership of elected civilian authority. This doesn't have to be a never-ending task of "nation-building," as our military fears. It is basically what we did in Panama and Grenada after taking out their dictators. The work didn't last forever, and though not exactly a moral revolution for those countries, the missions weren't failures, either.

Whether he likes it or not, Bill Clinton has now assumed responsibility for a small country's future. No action he takes, or fails to take, will be seen by the people of that country as apolitical. Obviously it is preferable to achieve American goals by bringing Haiti's political actors together through negotiation, but we cannot shrink from using force when necessary. In either case, the United States inevitably will have to take stands and take sides, even at the risk of some casualties. As out of character as such behavior may be for this president, it is the only way he can turn his still-uncertain intervention into a proud example of what a reconstructed Democrat can achieve as commander in chief.