You are using an outdated browser.
Please upgrade your browser
and improve your visit to our site.
Skip Navigation
TRB from Washington 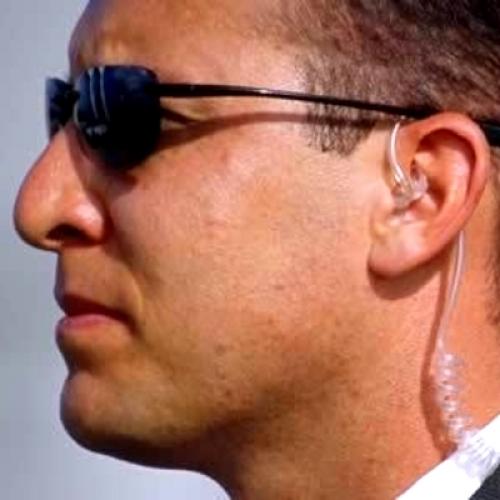 Squeaky Fromme got a double whammy with her picture on the covers of both Time and Newsweek last week but three days after she tried to shoot Mr. Ford she was only on page 12 of The New York Times. A tug of the finger on a trigger of a properly loaded gun would have changed history, but addle-pated Squeaky apparently didn't know you have to pull the slide back on an army .45 automatic to get a cartridge into the gun barrel. So the hardy President was out roaming the country again making dull speeches to selected audiences, the public was yawning again about gun control, and the nation that, more than any other, demands that its politicians glad-hand crowds in the flesh, remains the nation that does the least to prevent them from being turned into martyrs.

The President's Commission on Law Enforcement under former Attorney General Katzenbach made its report in 1967; it recommended gun control.

The Nationai Commission on the Causes and Prevention of Violence under Dr. Milton Eisenhower reported in 1969. It recommended gun control.

And so what? Handguns are as easy to buy as flashlights. The Gallup poll says that two out of three Americans favor firearms registration and that they have favored control for more than three decades; but there are two and a half million more guns manufactured each year, added to the sea of 40 million American-owned handguns; it's the largest unlicensed civil arsenal of lethal weapons in the history of mankind. People who fear and dislike handguns are buying them now because they fear others who are buying them. And the National Rifle Association and the American Congress are laughing at us. Last year handguns were used to murder 11,000 Americans, about twice the average casualties in Vietnam in peak years. "Too bad!" says the National Rifle Association and Congress sorrowfully. The gun homicide rate in the United States is 6.2 percent per 100,000—10 times above the next highest contender among 13 modern countries. "Perhaps we should look into this,"says the Nationai Rifle Association and Congress thoughtfully. But don't think that progress isn't being made. It is no longer illegal to sell a machine gun to an individual.

The National Rifle Association in its $3.5 million glass and marble nine story headquarters here in Washington is the gun lobby that scares Congress. Some congressmen say they wouid like to do something about handguns—you know, crime and all that!—but how can they against an organization with a million members that boasts it can hit Congress with half a million letters on a 72-hour notice? Birch Bayh, Democratic senator from Indiana, at a gun control hearing where they had a display of handguns, toyed negligently with a lethai little nickel-plated snub-nosed ladies revolver with a barrel one inch long—just right for a beaded handbag. It is called a bellygun in the trade. Why couldn't such things be banned, he wondered? But sportsmen of the NRA have an almost fanaticai feeling that registration let alone outlawing of such killers would somehow compromise the farmers' favorite fall outdoor sport, hunting.

The NRA publishes a monthly, the American Rifleman, whose gun advertising grosses $1,800,000 a year of the organization's $10 million budget. Lee Harvey Oswald saw an item he liked listed in the February, 1963 issue of the Rifleman: sent a $21.45 money order under a fictitious name to the advertiser and that was all it took to change the course of history.

In fact the price of killing Presidents is ghoulishly low. The .44 derringer with which Booth shot Lincoln couldn't have cost more than $15, estimates Robert Sherrill in his book The Saturday Nighl Special. Guiteau paid $10 for the .44 caliber second-hand revolver with which he killed Garfield (with a box of cartridges and a small penknife thrown in); Gzolgosz paid $4.50 for the handgun that killed McKinley, and I have cited Oswald's expense above—though he had to pay $1.50 for postage plus the cost of his post office box, "A. Hidell, P.O. Box 2915, Dallas, Texas." As for Squeaky Fromme, she apparently borrowed or stole her gun from a friend.

The political rule is that if you won't take the risk of being murdered you shouldn't run. It's iike the ethic 200 years ago about dueling. A gentleman could always be called out. We think that pretty silly today but we still expect a candidate, or President, to expose himself in spite of the 40 million handguns and 135 million firearms sloshing about in the country, and to refrain from talking from a television booth, where he could speak more conveniently and have a bigger audience. Gov. George Wallace opposed gun control; he is paraiyzed from the waist down. Mr. Ford "unalterably" opposes registration (though he favors tighter controls of gunstores); he feit the breath of death on his face.

I think that crime, fueled in part by handguns, is one of the most rapidly growing and explosive political issues in the country. It is readymade for a demagogue. Think of how Nixon used it to attack the Supreme Court and for "lawnorder." Anyone who doesn't worry at growing crime is as dangerous as Squeaky Fromme. There are signs of demoralization; crime was up 17 percent last year, the most rapid rise in 44 years of recording. In 15 years murders rose 106 percent, robberies by 255 percent. The courts are in a mess: 90 percent of all serious crimes are plea-bargained (criminals can plead a lesser offense to save time.) No nation will stand anarchy. Before that comes repression.

What to do? One thing to do is to read the five moldering presidential crime reports of the last seven years. There's no easy answer, they say. But the Katzenbach, Kerner and Eisenhower reports are unanimous in linking rising statistics to social conditions, in calling prisons 'graduate schools of crime,' in urging faster justice, and in demanding gun controls.