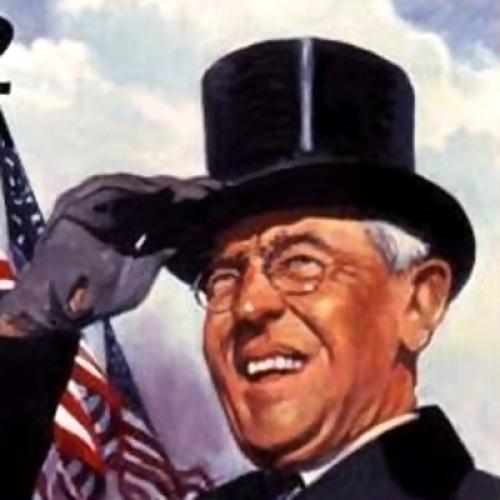 Woodrow Wilson and the People

Woodrow Wilson and the Great Betrayal

By Thomas A. Bailey

We may sometimes wonder what more there is to say about Woodrow Wilson. The swollen state of the Wilson literature, however, has not prevented Professors Bell and Bailey from making distinct and valuable contributions. Professor Bell’s book, although it has almost nothing to offer those who are deeply interested in Wilson’s pre-Princeton years or the New Freedom at home, deserves high praise as a personal study, particularly for its literary qualities. The author has “tried to write the sort of book about Wilson that I think he would have wanted to have written about him”; and to say that he has succeeded in doing just that will suggest the defects and the substantial merits of his biography.

Whether Professor Bailey has added anything particularly novel to the story of Wilson’s fight with the Senate over the treaty, I do not know. But to have told it in such meticulous step-by-step detail and yet kept his narrative at such a pitch of fascination is no mean achievement. Together with its companion volume, Woodrow Wilson and the Lost Peace, this work forms a magnificent review of our relationship to the peacemaking from Versailles to the election of 1920.

It has become the fashion to portray Wilson’s fight for the League as the crusade of a noble man against unscrupulous and small-minded senatorial enemies. This picture, as far as it goes, is pretty true. But the great merit of Professor Bailey’s astute survey is to remind us that Wilson did, after all, lose his own cause through his stubborn ineptitude and insanely disproportionate insistence on formal details. We rightly set a high value on sincerity in our political leaders. But Wilson was drunk with sincerity, and it proved his undoing.

So far as public opinion can be gauged, it appears that the overwhelming majority of the American people in 1919 were in favor of joining the League with some sort of reservation. The majority of the Senators clearly felt the same way. It is impossible to read Professor Bailey’s account without realizing how easily Wilson could have had American membership in the League with relatively unimportant reservations. There are times when compromise is desirable, and Professor Bailey proves that this was one of them. Wilson failed to see it. When first he heard doubts that a two-thirds vote for the treaty could be mustered, the President snapped, “Anyone who opposes me in that, I’ll crush!” To Ambassador Jusserand he asserted coldly, “The Senate must take its medicine.” When the Republican Party controlled not merely the one-third plus one necessary to block a treaty but an outright majority of the upper house, Wilson was in no position to indulge in such bluster.

Unable to make the Senate take its medicine, Wilson went to the people—and broke his health barnstorming in the quixotic hope of rousing a tidal wave of public opinion. Bailey observes that even if Wilson had driven from the Senate every Republican who was up for reelection in 1920, he would still have fallen short of a two-thirds vote, would still have had to compromise or accept full defeat. Realistically surveying the Lodge reservations to the League Covenant, Bailey argues forcefully that Wilson sacrificed American membership in the League over a difference that was not at all vital. It takes two sides to make a deadlock. When someone pointed out to Henry Cabot Lodge that Wilson could have us in the League merely by turning about and accepting his reservations, and asked the Senator if in counting on Wilson’s hatred for him he was not putting his faith in a “slender thread,” Lodge replied, “A slender thread! Why it is as strong as any cable with its strands wired and twisted together.” If Lodge—to change the figure—was the hammer, Wilson was the anvil on which the treaty was smashed.

In spite of all this, the current revival of Wilson’s reputation is justified in many ways. As a personal type, and even as a statesman, Wilson appears increasingly attractive in deeper historical perspective. But underlying the literature of the Wilson revival is an odd and curiously insubstantial assumption which requires us to forget a great deal of what we know. This assumption—the inarticulate major premise of much recent thinking on the past and the future peace—is the idea that everything would have been all right if only the United States had joined the League. Intrinsically so improbable that no one cares to defend it in so many words, this conception is nevertheless smuggled into the argument, so to speak, at the very beginning in order to give Wilson’s defeat the world stature that it might otherwise lack.

When we attempt to decide how much American membership in the League would have changed subsequent history, we are dealing with what President Roosevelt liked to call an “iffy” question. But one does not have to be an isolationist to doubt that our adherence to the Covenant would have transformed the world. A convinced but dispassionate internationalist. Professor Bailey is skeptical. “Would the results have been essentially different if we had joined the League?” he asks. “It seems clear that some kind of ‘slump in idealism’ would have come sooner or later, and it may legitimately be doubted whether, when the pinch came, the United States would have provided adequate support for the League of Nations.”

Those who assume that the present war would have been averted simply if Wilson had beaten Lodge must give some positive answers to many “iffy” questions. Would American membership in the League have contributed anything to avert the worldwide depression that helped to bring Hitler to power? Would it have overcome the open fear of Russia and communism and the covert sympathy for extreme reaction that underlay the appeasement policy of the European democracies? Would it have overcome the reluctance of the peoples to fight a preventive war? Would it have prevented the tidal wave of isolationism that swept over this country in the twenties and early thirties? Would it have made this country willing to take early and active leadership in forming a policy of collective security? Granting limitations imposed by the probable state of American public opinion, what would have been the difference between the informal cooperation with the League actually pursued by Presidents Hoover and Roosevelt and the contributions the United States would have made as a formal member?

Most Americans nowadays are well convinced that merely trying to isolate ourselves from the affairs of the world is not the way to peace. The danger to guard against now is an uncritical exaggeration of the value of any international peace machinery. We may yet repeat Wilson’s mistake of apotheosizing the formal achievement at the cost of the spirit and force behind the undertaking. The quest for more adequate substantive solutions of the problems of peace and, above all, economic welfare, may actually be abated by a delusive sense of security. The Big Five veto prerogative reminds us that we live as much as ever in a world of the Great Powers and that the duration of the coming peace is dependent on how they get along. Well may we ask, with the late Carl Becker, “How new will the better world be?”