You are using an outdated browser.
Please upgrade your browser
and improve your visit to our site.
Skip Navigation
Washington Diarist 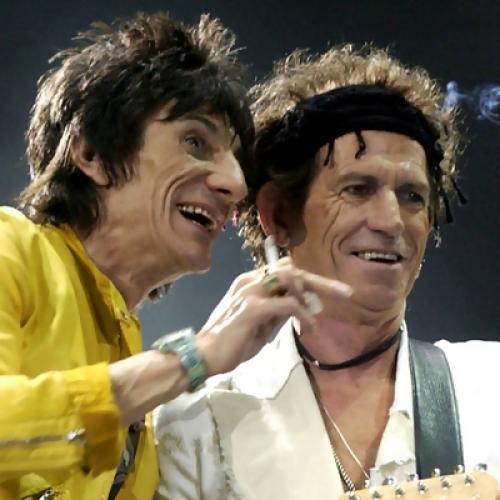 I don't live in the Washington where Dan Quayle works. I live in the Washington where the Rolling Stones spent the summer. It's in Connecticut, about a hundred miles north of New York. The Stones needed a place to practice for their tour, so they paid about $300,000 to rent three houses here, a closed inn, and a defunct girls' boarding school. The closed inn, where the technicians and the security guards stayed, is just down the road from my house. A few days before the band arrived, a delivery truck from a linen service pulled into my driveway. The driver said he was looking for the inn. Inside the truck were crisply folded sheets and pillow cases that pretty soon would be slept on by guys working for the stones. To the driver of the truck, though, it was just another delivery. "I don't care whether this linen order is for the president of the United States or for Joe Blow," his demeanor and expression seemed to say. "I'm going to delivery it (eventually) just the same." Admiring his professionalism, I gave him accurate directions to the inn.

Shortly before the Rolling Stones arrived, the local newspaper fretted that their presence might create a "circus" and that Washington was now in danger of being overrun by "groupies, paparazzi, television crews, and the just plain curious—all causing more traffic and who knows what other kinds of headaches." The following week someone wrote a letter to the editor defending the Stones and referring to them as "these middle-age professionals." As it turned out, there wasn't much of a circus. Mick Jagger did spent $1,000 on wine at the liquor store, but he didn't drink it all by himself. It was for his 46th birthday party. (The five Rolling Stones together have been alive for longer than the United States has been a country. Yikes!)

Another recent letter to the editor said, "People in this town .. don't have to worry about the town being ruined by the Rolling Stones or their fans. It's already been ruined by the bombastic, rude, pushy people who have moved up here from New York and New Jersey and think they're the greatest. They can all go back where they came from." These bombastic New Yorkers and New Jerseyans are also known locally as weekenders. Washington is picturesque and just a couple of hours' drive from Manhattan, which makes it an attractive retreat for lawyers and investment bankers. Saying bad things about these people is a local pastime. One of the most talked-about weekenders at the moment is a sociology professor from New York City who is spending her weekends doing a sociological study of the relationship between weekenders and weekrounders (as no one calls them). A number of people I know have been interviewed in connection with this study. I haven't been, but I wish I would be, because I'm one of the few people I know who likes weekenders. As local industries go, weekenders are quite benign. They don't dump hazardous chemicals into the river. Five-sevenths of their toilet flushes are made somewhere other than here. They pay property taxes but don't send their bombastic, rude, pushy children to our schools. And they spend a lot of money entertaining their weekend guests and fixing up their houses. People complain about how crowded the grocery store is on Saturday and Sundays, but if the weekenders were replaced by people who lived here on weekdays too, the grocery store would be crowded all the time.

One person who was not impressed by the proximity of the Rolling Stones this summer was my five-year-old daughter, whose taste runs more into the direction of Raffi. She refers to the music on MTV as "grown-up music." When she hears grown-up music playing on the car radio she asks that the car radio be turned off. Last week she said she would like to have a Rolling Stones tape. She said it in the same way that I once said I would like to see what her Barbie shoes would look like if they were all lined up. That is, she didn't mean it. Another thing about my daughter : she isn't worried about quicksand. In fact, I don't know most kids today are worried about quicksand. I used to worry about it a lot, and so did everyone else, I'm pretty sure. The basis of this anxiety was probably Tarzan movies. Nowadays it's possible to meet children who don't even know what quicksand is, much less know how to get out of it. They also don't seem to be bothered by scorpions, in my opinion.

One of my fantasies this summer was that I would run into one of the Stones while taking a walk and that we would fall into an easy, natural discussion of our children (no doubt bemoaning their curious ignorance of the dangers of quicksand). And then I would say, "Hey, I'd be happy to keep an eye on your kids this afternoon, if that would be a help," and Keith Richards or whoever it was would say, "Great! How would you like to come hear us practice?" The Rolling Stone I would have most likely to run into was Ron Wood. The house he rented is a quarter-mile up the road and around a corner from us. It's a slightly scary-looking place that has been on the market for more than a year. One day last year I pretended to be a potential buyer, because I wanted to see what it was like inside. (It's big, and a couple of the bedrooms have groovy '60s-style shag carpeting.) I never saw Wood himself, but on several occasions I did see his car, a gold-plated Ferrari Testarossa. Well, actually, Wood's car was a Ford station wagon. But it was one of those new streamlined ones.

The house Mick Jagger rented is farther away. I once went to a Christmas party there and (appropriately, I guess, in retrospect) had a little bit too much to drink. I've never been in the house Keith Richards rented, although I've driven past it. Charlie Watts and Bill Wyman stayed at Ramada Inn about a half an hour away. At first I worried that these two old-looking guys were staying at a motel because they had squandered their rock 'n' roll riches and could no longer afford to rent big houses. But it turns out that after 25 years on the road they have simply become addicted to room service and cable TV.

The defunct girls' boarding school where the Stones did their practicing became defunct last year. My wife's step-grandmother went there 70 yuears ago. In recent years, the school's increasingly tiny student body had included an increasingly large percentage of girls from distant foreign countries. What prompted these girls' parents to ship them off to dinky, soon-tobe-defunct school in a tiny town halfway around the world? Now, I guess, we'll never know. The room at the school where the Stones did their practicing used to be used for dance classes. To keep down the noise, they rented 64 rolls of fiberglass insulation from the local hardware store and had them stacked up along the wall facing the road. When the Stones left, the rolls of insulation went back to the hardware store, where they are now for sale. Would you pay extra to wrap your house in insulation that had spent six weeks absording the music of the Rolling Stones? I would. I would pay 25 percent extra. Curiously, though, the rolls of insulation are being sold for just their normal price.