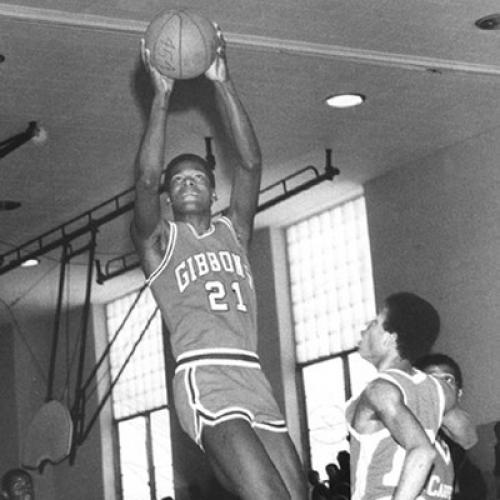 Pardon us for harrumphing, but whatever' became of the fresh-faced, clear-eyed ball player who played clean and lived the same way, and whose idea of a good time was to go to a children's hospital and sign a few autographs? Even if such athlete-heroes bulked larger in legend than in reality, at least there used to be more conscientious efforts to keep up appearances. But that was before the Dodgers moved out of Brooklyn.

Then came crass commercialism and checkbook sports, exemplified by George Steinbrenner ahd his star-studded Yankees, and no-cut, multimillion-dollar, multiyear contracts that keep the dough rolling in regardless of performance. More recently, we've had the sudden athletic fascination with little lines of white powder, Don Reese's confessions in the July 14 Sports Illustrated, which revealed his addiction to cocaine, uncovered an entire network of drug abuse among the warrior-heroes of gladiatoral football. Even NFL officials, normally reticent about admissions of illicit activities in pro footbail, acknowledge that as many as fifty players have a chemical dependency on cocaine and that 40 percent of the players have at least a nodding acquaintance with the drug.

And now comes Quintin Dailey, who may finally do in the image of professional athletes as nice guys. Dailey is a tremendous basketball player, but at the University of San Francisco he did more than play guard; he was charged with attempted rape, false imprisonment, and attempted oral copulation during an attack on a nurse. After plea-bargaining negotiations conducted by a prominent San Francisco attorney (with Reggie Jacksoh paying the legal fees), Dailey pleaded guilty to aggravated assault and, on June 25, was sentenced to three years' probation. The following week the Chicago Bulls picked him seventh in the NBA draft. At his unveiling to Chicago fans, everyone was looking for a nomirial show of remorse or regret. This was not forthcorhirig until a few days later, presumably after Dailey's agent convinced him it would be good for his contract negotiations.

No one expects the return of noble idealism to sports. That would probably require the dismantling of the enormous structure of money, television works and advertisers, universities, agents, and sports lawyers. But whom are little kids supposed to look up to if the typical (or even atypical) professional athlete is a felon with a fat wallet and a coke spoori around his neck? Politicians, perhaps?