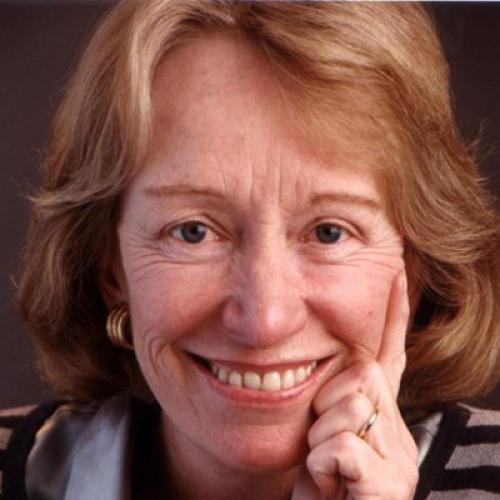 The Fitzgeralds and the Kennedys: An American Saga

At a family gathering recorded by Doris Kearns Goodwin, Joseph Patrick Kennedy boasted: "This is the most exclusive club in the world." It was his revenge for the exclusions he had suffered in Boston and at Harvard; and revenge, as usual, shaped its bearer to the likeness of its object. Kennedy had become richer, more snobbish, and more exclusive than any of his original tormentors. The Fitzgeralds and the Kennedys is that customary story of the Kennedys' rise, told here with more detail and more authority. But the specific contribution of this book is the intimate view it gives us of life inside the "exclusive club"; and the surprising thing is the loneliness within that tight little circle, what Goodwin calls the "compartmentalized" lives the Kennedys lived with each other.

The idea of family was the highest value instilled by Joe Kennedy, but it was often just an idea:

Jack was the one to notice that "the idea of family" served to substitute for his parents' absence. . . . The children were given a tot of affection by various surrogates, but they never enjoyed the security of the continuing presence of the two people who stood at the center of their lives.

The father was absent on business, the mother on "her travels"—the possessive  becomes, here, a defining word: the endless travels had no other point than that she could possess them. Son Jack resented and cried about his mother's frequent departures, but it did no good. He steeled himself, as so much of the family did, in affectlessness. Joseph Jr., ordered to be a model for the other children in their parents' absence, is presented here as a monstrous adult-child not allowed to have the feelings of either state: "Knowing that his mother, especially, depended on him to act in a particular way, he learned to suppress his spontaneous reactions."

Over and over we are told how difficult was the traffic in any emotions but family pride and the drive for power. "So driven was the pace of [Jack's] sex life, and so discardable his conquests, that they suggest a deep difficulty with intimacy." Jack's favorite sister, Kathleen ("Kick"), after her many affairs and a tragic marriage, said she first felt real love for the domineering philanderer Lord Fitzwilliam ("my Rhett Butler"). Evelyn Waugh knew Fitzwilliam as "a king dandy and scum," but Kathleen followed him, in his reckless dashes at death, onto the plane that killed her. According to Goodwin, "Jack was a bit envious, admitting later to Lem [Billings] that in all his relationships with women, except perhaps with Inga [a wartime affair with a touch of danger and scandal], he had never lost himself as Kathleen appeared to have done."

The family oddly blended a love for danger with the utmost caution in protecting the Kennedy men's careers. An ascetic discipline of appearances was exacted from the sons. The father had private detectives follow his children, to check on their associates and keep him informed of their progress in the assignments given them. A regimen of secrecy was maintained around the existence of Jack's affliction with Addison's disease. When cortisone's benefits were discovered in 1949, a supply of the drug, greatly in demand, was surreptitiously "stored away in safe-deposit boxes around the country so Jack would never run out" and have to confess his need for it to someone not in on the secret. The father appointed watchers over Jack's health, to make sure he ate the proper things at the proper times. After the death of his oldest son, Joe Kennedy's fierce ambitions centered on the fragile health of this second son, whose pace had to be forced to meet the schedule that had been drawn up for his older brother.

Within the circle of Kennedys, reflecting each other in the mirrors of their toothy smiles, family members could be eerily remote from each other. The principal example and symbol of this is the mother, whose ignorance of things going on around her surprises the reader again and again. Rose Fitzgerald Kennedy is the bridge figure tying together the two families Goodwin studies. As John Fitzgerald's daughter and Joseph Kennedy's wife, she sealed the alliance of politics and business, publicity and money, that launched the "golden" generation. Goodwin combines her own interviews with previously unknown letters to draw an especially revealing portrait of Rose.

As the adoring daughter of an overbearing father, "Rosie" replaced her own retiring mother ("Josie") as hostess at her father's political celebrations, Josie Fitzgerald, the wife of "Honey Fitz," did not like Boston, or politics, or parties, or Europe. Her daughter compensated for this by loving them all, as her father shared them with her. Even when he thwarted her will— sending her abroad when a scandal broke over his administration as Boston's mayor, sending her to a Catholic college - rather than to Wellesley, her own preference—she was unquestioning in her devotion to him. Only when Josie forced Honey Fitz to withdraw from politics, under the shadow of his affair with "Toodles" Ryan, did Rose defy her father's wishes and marry the suitor who had long been courting her, Joseph P. Kennedy. As Goodwin says: "Rose was profoundly disturbed, far more than her mother, by the revelations about her father and some beautiful young girl who was, after all, only twenty-three years old, the same age as Rose."

But life with Joe Kennedy was not what the starlet of her father's political extravaganzas was accustomed to. Her mother had wanted to live in the suburbs, until politics drew her father back into Boston. With Joe Kennedy, Rose found herself stranded in the suburb of Brookline, permanently pregnant, and alone—Joe was off making money. After six years of this. Rose went back to her father's house, meaning to stay there. But Goodwin thinks this option was precluded by the fact that a dying younger sister had supplanted her as her father's favorite. Rose resolved to face her duty with Joe, and went into a religious retreat to brace herself for the or- deal. Frequent retreats would mark her spiritual life thereafter, and a separate room in (or outside) the family home, and long journeys away from the family.

Rose always turned out, with flashes of her former style, for political appearances and campaigns. But her comings and goings otherwise have an odd inconsequence, a restless irrelevance to the family's crasser purposes. Here, for instance, is her conduct as the ambassador's wife in London:

On many mornings, she stayed in her room until noon, writing and reading. And then, for weeks and months, she occupied herself with the task of filling the embassy's bookcases with old and valuable books, all of which she had specially bound in soft, restful browns and beiges.

It was not hard to keep this mother from knowing much that went on around her and in her family. Joe Kennedy could even bring his mistress, Gloria Swanson, back from England on the same boat with her. More cruelly, he did not consult her when he decided to have Rosemary, the retarded daughter who was belatedly becoming sexually active, lobotomized. Rose learned of this only years later, after Joe's own mental functions had been damaged by a stroke. Then Rose permitted herself a slight criticism, in typical terms: "It erased all those years of effort I had put into her. All along I had continued to believe that she could have lived her life as a Kennedy girl, just a little slower." Being a Kennedy woman, the hard task she had set for herself, she also proposed for her rebellious daughter Kathleen. Of Kathleen's marriage outside the Catholic Church, she said:

I thought it would have such mighty repercussions in that every httle young girl would say if Kathleen Kennedy can, why can't I ... Everyone pointed to our family with pride as well-behaved, level-headed and deeply religious. What a blow to the family prestige.

When Kathleen, after her husband's death, decided to marry a divorced man. Rose told her that henceforth "she would be regarded as dead."

Goodwin ends her book on a note of triumph, declaring that the best of both parents went into the election of John Kennedy as the first Catholic president of the United States—the mother's religious background and respect for culture, the father's savvy and push and charm. But was it the best that prevailed? In the earlier chapters of the book we are given a vivid impression of the Irish immigrants' communal religious observances and mutual reliance; but religion survives most distinctively for the Kennedys in the remote cell of the mother, alone in her piety. The neighborhood politics of Rose's father yielded to the "lone wolf" tactics of Joe Kennedy, the champion predator of the savage Wall Street of the '20s. The product of these developments was the affectless "unmoved mover" of political passions, a pragmatic manipulator of other people's zeal, the cool warrior par excellence. The Kennedy charm was very real; but it was an exotic flower farther removed than might appear from the roots Goodwin traces so thoroughly. It was as complex a fictive effort as the one that made of an ailing John Kennedy the very image of health. The triumphs of the Kennedys were large, and Goodwin records them; but the costs were largely hidden, and Goodwin reveals them, including the costs of becoming a servitor of the Kennedy myth: Rose is the ghost that haunts this book—never more so than at the end, when, John Kennedy safely elected, the nation was lobotomized.

Garry Wills is the author, most recently, of Bomb Power. A tenth-anniversary edition of his book Papal Sin will be published later this year.