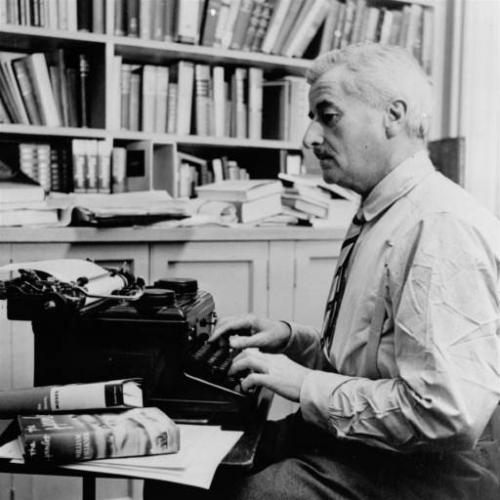 A review of The Road Back, by Erich Maria Remarque

There is a victory beyond defeat which the victorious know nothing of. A bourne, a shore of refuge beyond the lost battles, the bronze names and the lead tombs, guarded and indicated not by the triumphant and man-limbed goddess with palm and sword, but by some musing and motionless handmaiden of despair itself.

Man does not seem to be able to stand very much prosperity; least of all does a people, a nation. Defeat is good for him, for it. Victory is the rocket, the glare, the momentary apotheosis at right angles with time and so doomed: a bursting diffusion of sparks at the last, dying and dead, leaving a word perhaps, a name, a date, for the tedium of children in primary history. It is the defeat which, serving him against his belief and his desire, turns him back upon that alone which can sustain him: his fellows, his racial homogeneity; himself; the earth, the implacable soil, monument and tomb of sweat.

This isbeyond the talking, the hard words, the excuses and the reasons; beyond the despair. Beyond that dreadful desire and need to justify thedisaster and give it significance by clinging to it, explaining it, which is the proven best way to support the inescapable. Victory requires no explanation. It is in itself sufficient: the fine screen, the shield; immediate and final: it will be contemplated only by history. While the whole contemporary world watches the defeat and the undefeated who, because of that fact, survived.

That’s where the need to talk, to explain it, comes from. That’s why Remarque puts into the mouths of characters speeches which they would have been incapable of making. It’s not that the speeches were not true. If the characters had heard them spoken by another, they would have been the first to say, “That is so. This is what I think, what I would have said if I had just thought of it first.” But they could not have said the speeches themselves. And this method is not justified, unless a man is writing propaganda. It is a writer’s privilege to put into the mouths of his characters better speech than they would have been capable of, but only for the purpose of permitting and helping the character to justify himself or what he believes himself to be, taking down his spiritual pants. But when the character must express moral ideas applicable to a race, a situation, he is better kept in that untimed and unsexed background of the choruses of Greek senators.

But perhaps this is a minor point. Perhaps it is a racial fault of the author, as the outcome of the War was due in part to a German racial fault: a belief that a mathematical calculation would be superior tothe despair of cornered rats. Anyway, Remarque justifies himself: “… I try toconsole him. What I say does not convince him, but it gives me some relief. … It is always so with comfort.”

It is a moving book. Because Remarque was moved by the writing of it. Granted that his intent is more than opportunism, it still remains to be seen if art can be made of authentic experience transferred to paper word for word, of a peculiar reaction to an actual condition, even though it be vicarious. To a writer, no matter how susceptible he be, personal experience is just what it is to the man in the street who buttonholes him because he is a writer, with the same belief, the same conviction of individual significance: “Listen. All you have to do is write it down as it happened. My life, what has happened to me. It will make a good book, but I am not a writer myself. So I will give it to you. If I were a writer myself, had the time to write it down myself. You won’t have to change a word.” That does not make a book. No matter how vivid it be, somewhere between the experience and the blank page and the pencil, it dies. Perhaps the words kill it.

Give Remarque the benefit of the doubt and call the book a reaction to despair. Victory has its despairs, too, since the victorious not only do not gain anything, but when the hurrah dies away at last, they do not even know what they were fighting for, what they hoped to gain, because what little percentage there was in the whole affair, the defeated got it. If Germany had been victorious, this book would not have been written. And if the United States had not got back its troops 50-percent intact, save for the casual cases of syphilis and high metropolitan life, it would not be bought (which I hope and trust that it will be) and read. And it won’t be the American Legion either that will buy the 40,000 copies, even if there are forty thousand of them that keep their dues paid up.

It moves you, as watching a child making mud pies on the day of its mother’s funeral moves you. Yet at the end there is still that sense ofmissing significance, the feeling that, like so much that emerges from a losing side in any contest, and particularly from Germany since 1918, itwas created primarily for the Western trade, to sell among the heathen like colored glass. From beyond the sentimentality, the defeat and the talking, this fact at least has emerged: America has been conquered not by the German soldiers that died in French and Flemish trenches, but by the German soldiers that died in German books.