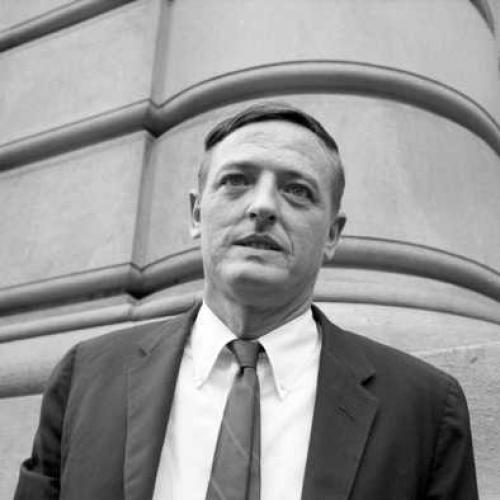 On the understanding that I am neither theologian nor close observer of Vatican politics, I write as a lay Catholic about the events precipitated by the death of Pope Paul. So to speak, I write as a consumer of Catholicism; or as one shareholder in the enterprise, always with the understanding that the Pope has all the voting stock. These metaphors, I confidently believe, will not upset the Holy Spirit.

What do we—or, better, I—desire? Chesterton, almost everyone recalls, described his circumnavigation in search of something which, when finally he came upon it, he discovered to be—orthodoxy. The Pope as Theological Swinger is not what one wants. People who think of themselves as modernists usually ask one of two things. Either they want the Catholic religion to adopt reforms so convincing as to render the denomination indistinguishable from other Christian denominations, or they want the church to throw itself into the problems of mankind, which they almost always describe in materialist terms. The Reverend William Sloane Coffin repeatedly uses the metaphor of the floating crap game. Where the action is, this is where the churchman should be, he says, wiping his brow of the sweat from the most recent anti-Vietnam demonstration. Even though the proposition that the Pope should qualify for Pulitzer Prizes in investigative theology is not by any means universally accepted, most of the anticipatory journalism about who will be the next Pope consists of good guy/bad guy polarization based on these sorts of standards.

I think, for example, of a recent catalogue of mini-biographies of all the cardinals. The Inner Elite: Dossiers of Papal Candidates, by Gary MacEoin and the Committee for the Responsible Election of the Pope (Sheed, Andrews and McMeel). The authors rate the cardinals more or less by ADA standards. Each cardinal is asked whether he is “committed to guiding the church into the mainstream of the world’s search for justice and dignity.” Cardinal Cody of Chicago, the book says, would “undoubtedly line up with the most reactionary United States and Roman cardinals.” Cardinal Krol of Philadelphia would be “a leader of the reactionaries.” Cardinal Siri of Genoa “will be a powerful leader of the most reactionary elements,” Cardinal Seper of Zagreb “would form part of the hard-core curial conservative bloc.” Apparently there are those who want a Pope who seeks economic redistribution among the haves and the have-nots, and dogmatical redistribution among believers and non-believers.

The Pope, on the one hand, must unmistakably be the Pope of the Church of the Poor, who feels the whiplash of hunger and pain and cold, and reminds his flock encephalophonically that what we do to the least of God’s creatures we do to Him. But, in doing so he must also emphasize the Church’s primary mission on earth, which is to minister to the spiritual needs of man rather than to his corporal needs. Men are destined to suffer the vicissitudes of life, but the Pope is there to preside over an institution whose principal relevance is its irrelevance to terrestrial, if not mundane, problems. The Pope must stand out as the principal symbol of the transfiguring dimension of life. The church is built on that rock. If men do not live by bread alone, they do not live for bread alone. The Pope’s capacity persuasively to superordinate the spiritual over the material is the highest skill his community can demand from him. For this reason the philosophical Christian resists the tendency of the ideologues to describe candidates for the office as “conservative” or “liberal.” These terms are associated with a penchant for modes of social organization that are of subordinate concern to organized Christianity, which is not to say they are of no concern.

The new Pope has got to be strong enough to acknowledge past mistakes, among them the excesses of Vatican II. What were the accomplishments of Vatican II? This question reminds one of President Eisenhower’s famous response when asked to catalogue the contributions of Vice President Nixon during their eight years together: “Give me a week, and I’ll think of them.” The Church is far less powerful than it was in the days of Pius XII, far less magnetic: and, for that reason, far less offensive to members of other communions. If, as we are told in the Devil’s Dictionary, admiration is the recognition of other people’s similarity to oneself, then the road traveled by the Catholic Church after Vatican II made it more popular among Protestants, to be sure.

It is not absolutely safe to say that the 40,000 American priests who abandoned their vocations and the 40 percent of American Catholics who ceased regular attendance at mass did so because of the dilutions of Vatican II. There were other pressures. The Playboy Philosopher was the most spirited evangelizer of the 1960s; the iconoclastic imperative showed itself triumphant. It has been an age when churchgoing became, as Bernard Iddings Bell complained even a generation ago, “apastime, preferred by a few to golf or canasta” and, if Peter Berger is correct, we began facing up to the possibility that religious faith might be all but extinct by the end of the century.

Vatican II cannot be blamed for all of this. Nevertheless, the symbols of Vatican II, for the communicant, were a Uriah Heepishness in all matters save those that touched on sex. The showplace of the church is the liturgy, and here the reforms proved disastrous: a disfiguration of what was venerable and beautiful, into a vulgar collegiality that is artificial, distracting and appropriately celebrated by the worst abuses against the English language in the history of syntax. The lifting of the ban against eating meat on Fridays was a huge error in psychology, the equivalent of sending free valentines every week of the year. (“If all the year were playing holidays,/ To sport would be as tedious as to work.”)

The new Pope, facing a shortage of clergy caused by the dilution of spiritual vitality, will face yet again the question of whether a noncelibate order should be permitted. (Paul VI ruled on the matter administratively, not theologically.) I think it is reasonable to say that if he were to permit such an order of priests, he would not undermine the vitality of the institution of the priesthood or the faith of those who believe that priests are a distinctive spiritual caste. A more difficult corollary is the question, bound to return to the Pope’s attention, of contraceptives. That they are widely, if not universally, used by the Catholic community is not an argument for repealing the arguments of the encyclical Humanae vitae. The case for repealing those arguments, or amending them, was made by the periti designated by the Pope to inquire into the theological question in a report recommending, by a substantial majority, such a repeal. The new Pope is likely to look again at these arguments, and it is likely that, in a fresh allocution, he will modify Humanae vitae at least to the point of making it paradigmatic as distinct from binding. To say that the supreme point of sexual union is the continuation of life is to say that and not necessarily more than that. A retreat from a strict constructionist reading of Humanae vitae probably would be welcome in the long run without being held up as evidence of theological demagogy. Concerning sex in general, the new Pope cannot, surely, damage his church by stressing yet again that the sins of the spirit are more awful than the sins of the flesh, sinful though these latter continue to be.

The new Pope should be cautious to avoid the lure of ideological identification. The pull from the third world, to which Pope Paul was by no means immune, need not be resisted completely. But the next Pope must sharply distinguish between explicit sympathy for the wretched of this earth, and apparent support for a doctrinal redistributionism based on primitive economic credenda which reduce Christianity to socialist cant. The Pope cannot increase his prestige among thinking men by uttering pieties whose structure rests on economic fatuities.

Having said all of this, it is proper to call to the attention of the non-Catholic community that the reverence Catholics feel for their Popes rests in considerable part on the conviction that through him, the Holy Spirit is sometimes at work. This means that there is an obligation in conscience to consider a statement by the Pope at least as deferentially as we are nowadays trained to consider decisions of the Supreme Court. The next Pope will need to catch the flagging attention of a world much caught up with Mammon. The reason why Catholics pray for divine guidance in the Sistine Chapel during this period is that they hope for a vehicle sensitive to the rendering of Christian intelligence to a headstrong world absorbed in the lesser pursuits of the human imagination.