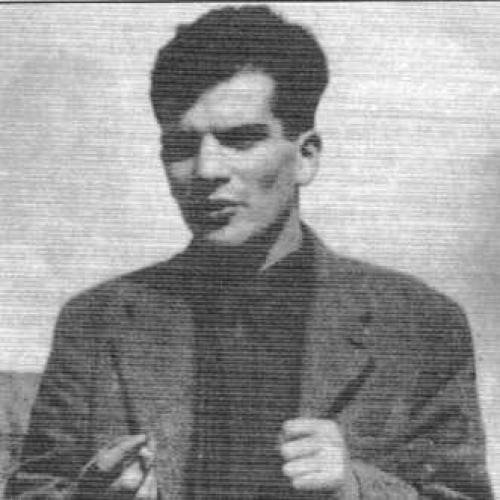 What are the forces at the disposal of the fascists in the Catalan area? Of the regular army of 116,000 officers and men, perhaps 60 to 70 percent is still with the fascists. About 10 percent is with the republic. The rest have disappeared, returned to civil life. But, at least on the Aragon front, these troops are not reliable. In the fascist army they have to be forced into action by battle police; they are already incapable of attacking, and at least one deserter I talked to declared that such was the fear of mutiny that in the Saragossa barracks no groups of more than three are allowed to disarm together. In front of Huesca I saw a hundred deserters from the besieged hill town of Sietamo. What was impressive was not that they had deserted—hunger alone might have been responsible for that—but the way they did it. They brought their rifles and ammunition, all the rifles of another company, two machine guns and an officer prisoner. I don’t think any political work had been done among them; their chief motives were hatred of their officers, unwillingness to fight fellow Catalans and the terrible psychological strain of feeling the whole people against them.

Far more formidable than these fascist troops are the foreign legion, 30,000 strong, and about 10,000 Moors, already in action. These are real soldiers—brave, cruel, and very difficult to win over, completely declassed. It was the foreign-legion troops who were responsible for the capture of Irun. There are none of them yet on the Aragorn front. If Bilbao falls and they can reach this front, the loyalist position will be very serious.

There are also armed fascist formations, the Phalangists and the Popular Action, who will on occasion fight viciously enough on the defensive but are more at home in their role of battle police. The Carlists in the north, however, are brave and disciplined troops, almost as formidable as the foreign legion. Political divisions are reported, how accurately I cannot confirm, among the different factions.

Finally the conscripts, at least on the Aragon front, are utterly useless: it is dangerous to arm them and they desert at the first opportunity.

It is probably true, of course, that on the Aragon front the rebel troops are at their worst. They have lost the initiative, they are incapable of an offensive, and they are simply covering the offensive on Madrid. None of the best troops are on this front. None the less, reports from all fronts confirm the fact that without immense foreign supplies of money and arms, the rebel forces will be in a state of disintegration quite early this winter.

Of the republican forces, I can only write of those on the Aragon front. Of the regular army, two sections remained predominantly loyal: the aircraft and the artillery. In both cases, the initiative came from the lower officers. In the technology of those two services, the lower officers were often better trained than the higher. Furthermore, aircraft and artillery require more technicians and could not be used as dumping grounds for useless officers, as was so often done in infantry regiments where the proportion of officers to men in the Spanish army was nearly twice as high as in the French.

The police, the Guardia de Asalto, has remained almost solidly loyal. It is not a very effective force, although it contains a good many unemployed workers who have taken it as the only possible job, and has more links with the working class than the army. At least these storm troops know how to handle a rifle.

The Civil Guard are the best soldiers in Spain. They were trained by Primo de Rivera as a special fascist force, and lived under puritanically strict discipline. But Primo did his job too well. He had drilled them into such absolute loyalty to the government that the majority remained loyal to the republic after July 19. But not without hesitation. In Barcelona they came out of their barracks to join the government forces only when the fight was already won. Thus, the old Civil Guard has been dissolved and reorganized as the National Republican Guard. It is yet to be seen how they will fight at the front.

But of course the real forces are the workers’ anti-fascist militia. Up to the present they have done practically al the fighting on the Aragon front. They are organized in columns by the different political parties—all of which send representatives to the militia. The unit of organization is the century, with a century leader, divided into three sections of thirty, each with a section leader, each section divided into three groups of ten, each with a group leader. There are big difficulties in the transformation of the militia into a 100-percent effective force. The courage is amazing, but on this front they are not yet well enough organized to attack without heavy losses. There are some workers with experience in street fighting, some who have been trained in political fighting organizations: but the number who have evaded military service is incredibly high. It is an army of anti-militarists. With the shortage of ammunition, it is difficult to get enough rifle practice, and many must go into battle without being able to shoot accurately. Of the different parties the Communist-Socialist P.S.U.C. militia are far the best organized; Durruti has done something to teach his men “organized indiscipline”; the semi-Trotskyist P.O.U.M. is very badly organized.

At the moment, food, transport, and medical services are well organized. How they would stand the strain of a prolonged offensive I do not know. But in the present routine of the deadlock they are doing their jobs well—and lorry drivers and doctors are worked far harder than anyone else at the front. Pay is good: every militiaman gets ten pesetas a day (worth $17.50 a week at Spanish prices): the money is raised at the factory where the worker was employed, and paid over to his dependents. There is no reason why this should not be continued for a very long time, particularly as the factories become more efficient.

The front stretches right through Aragon, with the key towns, Jaca, Huesca, Saragossa, Terruel, in the hands of the rebels. The nature of the front is a string of villages and towns occupied by the militia with a network of outposts holding the hills in the foreground. The front is so long that neither side can maintain a second line of defense. It is open warfare for the possession of villages and towns. So far the operations have been mainly confined to capturing village after village, driving the rebels right back on to the crucial line, the lateral railway that connects the four main towns on the front.

But why is it that, in spite of the superior morale, in spite of the fact that the rebels’ best troops are not on this front, no decisive break through has been achieved? This is an important question, for a break-through here would do more than anything else to relieve the pressure on Madrid. The answer is simple. These four towns control the mountain passes. It is impossible to go past them—a tactic often used before strong fortresses in the Russian civil war—because of the mountains, high, waterless, making transport impossible. And it is impossible to take these towns, with perhaps the exception of Huesca, without heavy artillery and aircraft: or at least it is possible only with hideous losses at the risk of heavy defeat. And neutrality until now has denied the anti-fascist forces the arms that could crumble the Aragon front in a matter of days.

Everywhere the position is the same: the Alcazar at Toledo held out for nine weeks, when a heavy bombardment could have made it enterable in a few days; 40,000 miners, the bravest troops on the government side, are help up by a small garrison in Oviedo for the same reason; Granada and Cordova hold out because they cannot be bombarded. Supplies are pouring in to the rebels from Italy and Germany. The Seville airport is filled with Nazi and Italian pilots. Even on the Aragon front, where the rebels are entirely on the defensive and seldom receive major shipments of supplies, four Junker bombers have been operating all September. And meanwhile the militia have not even enough ammunition for proper rile practice.

Could the Fascists Hold Spain?

I do not think the fascists will ever succeed in subduing Spain: to do so they would have to wipe out a third of the population—which the Badajoz massacre shows they are ready to do. But the policy of neutrality will prolong for months and even years a war that could speedily be ended. If Madrid falls, though that will not end the war, it will enable the fascists to set up a so-called government that could openly be held by the fascist powers.

On the loyalist side there are, of course, organizational weaknesses at the front. A brand-new army cannot be perfectly organized in a few days. There is a real shortage of intermediate officers, heads of sections and groups with the necessary experience and authority. Thus military training proceeds under difficulties. Not all opportunities of conducting the war in an aggressive guerilla way—raids, bombing parties, attacks on communications, etc.—are being taken. But time and experience will bring about the necessary reorganization. The example of discipline that the P.S.U.C. militia are beginning to set will have its effect. But reorganization alone will not be sufficient to bring the war to a rapid end. Artillery and aircraft are needed.

In the countryside, support for the anti-fascist struggle is almost complete. The big proprietors have everywhere deserted to the fascists. Everywhere the peasants have elected committees of the people to administer the abandoned estates and machinery. Rents are wiped out. The land is distributed by the committee, but the machines are used in common: at Sarinena, about ten miles from Huesca, I saw four of the confiscated threshing machines being worked. Each peasant brought his grain in turn, and they all worked the machines together. In the same town I saw a huge bonfire of title-deeds in the Market Square.

Rumors of all this must have reached behind the fascist lines. Nothing the fascists can promise, no threats, no atrocity stories, can keep the peasants in subjection. When Grossi’s column occupied the little village of Lucuena, seven miles north of Saragossa, they found that even here, where no working-class organization of any description existed, the fascists had killed four peasants to “maintain order.” One of the things I remember most vividly is how, when we marched into Tierz, three miles from Huesca, in spite of the fact that they had been deluged with stories of rape and atrocity by the retreating fascists, the villagers came out into the Market Square to welcome us, and took us off to their houses where they had ready prepared meals and beds in the straw. In one village we passed through, the people’s committee had taken a voluntary decision to continue paying their normal rents—to the militia. The initiative shown by these committees has simplified extraordinarily the problem of obtaining supplies. The committees have mobilized enormous quantities of meat and vegetables; thus the need to requisition supplies, which inevitably makes an army disliked, has been greatly reduced. A minor point, yet one that showed most clearly which side the peasantry’s sympathies were on, was the calmness and discipline which all the men and nearly all the women showed during air attacks and bombardments. The peasantry have tasted freedom. If the fascist forces should succeed in forcing their way farther in Aragon or into Catalonia they will leave a very formidable enemy in the rear.